The Secret History of the Gold American Eagle 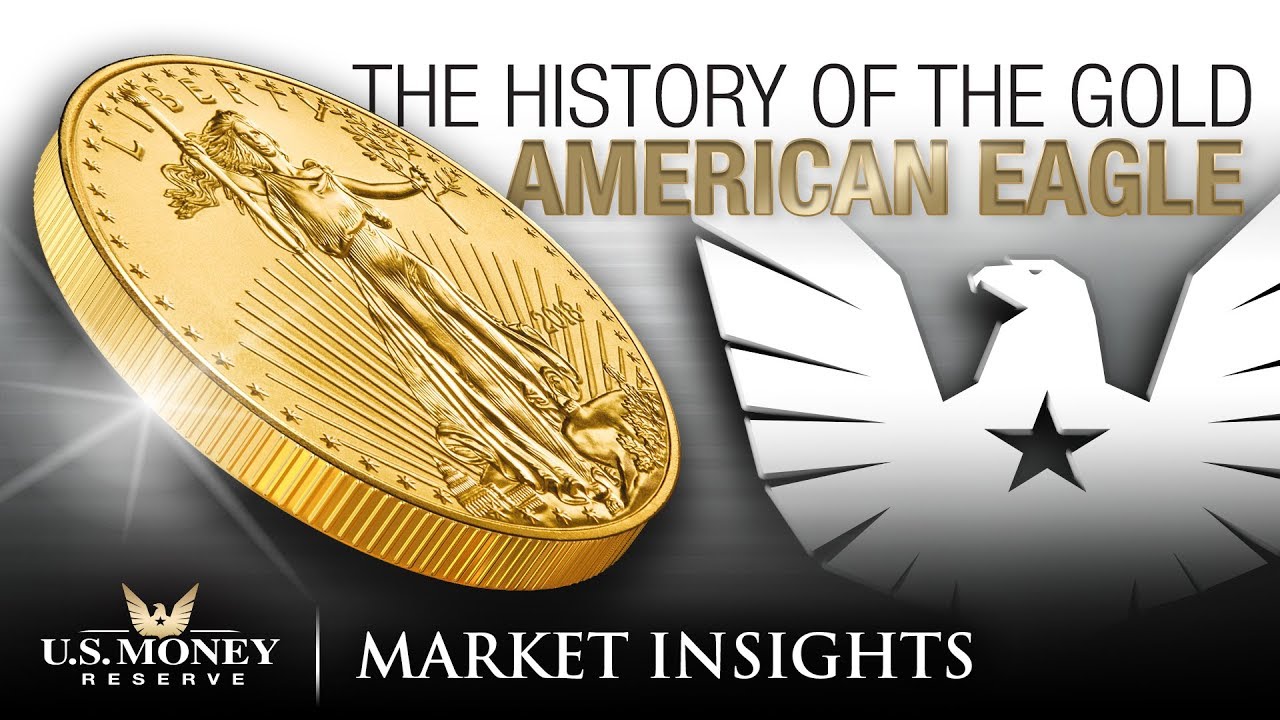 The Gold American Eagle Coin is one of the most iconic symbols of America’s freedom. Bearing a timeless design, the Gold American Eagle is a perfect combination of our nation’s heritage and bright future. Discover the interesting history about this celebrated gold coin and more in this episode of Market Insights with Coy Wells.

The Secret History of the Gold American Eagle – Video Transcription

The Gold American Eagle may be the most revered coin in North America, and it may be one of the most sought after gold coins in the entire world. One of the reasons I think that is, is a lot of people don't realize how much history went into the Gold American Eagle, specifically the Double Eagle and then of course the redesign of the reverse side of it when Reagan came into administration. The Gold American Eagle during that time on the outside edge carried in mark “e pluribus unum,” “out of one come many”, really talks about the 13 colonies going into the 46 states and then the one being the nation as a total.

What's unique about this is that the front, designed by Augustus Saint-Gaudens and Roosevelt, at that time was very unique to the American people. They were changing the front of the coin, and the front of the coin bears lady liberty with a dress flowing that's actually pressed against her body. The intent by Augustus Saint-Gaudens was to show that she was going out into the world, and in her right hand she was bearing the torch of enlightenment. And at that point in time, enlightenment could mean many things, but they believe that it meant God. And her left hand, it was behind her and that was also to represent that she was bringing peace with her, that was the olive branch. So right now we have the United States going out into the world and on the right hand side you can see the Capitol in the backdrop. This was done by design. At that point in time, the United States, in the latter portion at that time not knowing we were in World War I. That coin became very significant to the soldiers and the American people as it's time going into the great depression and oppression of that era.

That coin became a monumental mark to the entire world because it represented that the United States could do what it said it could do. It was a young woman and a young country, and it's representation as it went out to the world, bringing God and enlightenment and peace with her where she went as a representation of the United States. The top of the coin was also very unique. At the time, there was 46 states of the union at the time. Those 46 stars represent and bear the outside of the coin. On the backside of the coin, it also represents a young eagle. That young eagle was also to represent a young nation that was going and bringing out peace and enlightenment to the world as well. It was young, it was going out into the world. The United States was new, it was young, and it was a representation for many.

That is the significance of gold at that point in time. It's important to understand that when you buy gold, not only does it bear a historical significance, but it's monetary value. It represents something that's pure, and that's one of the reasons why gold was chosen in many countries around the world. It's purity is a representation of where everything started and where everything began. Today's world is changing and we forget about how pure things are and how the world is today. So I know this topics a little different, but today we're going to talk about Gold 101 and the importance and the historical values that are held in gold coins.

More importantly on Wednesday, Mr. Patrick Brunson will be here and we're going to be discussing the significance of the change of the Gold American Eagle under the Reagan administration, as not only at that point in time we were young nation, we were an evolving nation and we're going to talk about the significance of that coin changing and some of the designs. And more importantly, there is a good chance that right now we could see gold change in the near future. Right now Steve Mnuchin, secretary of Treasury, is currently holding a new bill on his desk where we have the opportunity to possibly see the design of the Gold American Eagle change completely. So stay tuned in on Wednesday to get your episode with Mr. Brunson to get more information.

If you'd like to learn more, you can get U.S. Money Reserve's recent report: Gold 101. It has a lot of good, detailed information on gold and wealth protection. To get a copy, click on the link below, or call the number on your screen. If you liked this information today, please like and share this video, and if you're watching us from YouTube, please subscribe so you don't miss a single episode. I'm U.S. Money Reserve's Coy Wells, and as always, thank you for watching market insights.