Platinum’s Resistance: Did You Know? 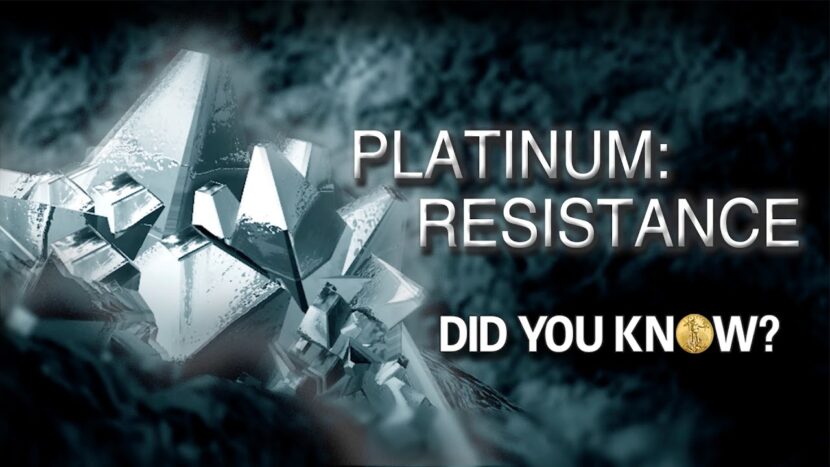 One of the most valuable aspects of platinum is its inertness. The noble metal is very chemically stable, giving platinum resistance to corrosion and oxidation, even at high temperatures. This is partly why the metal has been so heavily prized. If you’re interested in learning more about platinum, watch this episode of U.S. Money Reserve’s “Did You Know?”

Narrator          (00:06):
Platinum has been heavily prized over the millennium for its rarity and appearance. But one of the most valuable aspects of the metal is it's inertness. Inertness is a chemical property that describes the reactivity of an element, and platinum is very inert. Platinum is considered to be a noble metal because of its inertness, which makes the metal very chemically stable. As a result, platinum has excellent resistance to corrosion and oxidation, even at high temperatures. For the same reasons, platinum is highly resistant to tarnishing and fading. The only significant change that will occur to a platinum piece over time is the development of a patina finish, which is a natural frosted sheen that covers the metal surface. However, the platinum patina can be easily removed with a simple buff and polish, restoring the metal to its original shine. Because of its unique chemical properties, platinum is also hypoallergenic, making it popular in the jewelry industry.

Narrator          (01:02):
Platinum is also highly durable and can withstand a significant amount of wear and tear. Scratches to platinum result in the material physically displacing, which is the movement of the platinum from one place on the piece to another. When scratched, other precious metals lose material and wear down quickly. Platinum wears down at a significantly lesser rate because of its durability, meaning that platinum pieces can last for generations with little change. Given the finite supply of platinum in our world, the price of this noble metal is heavily resistant to inflation. Call the number on your screen to learn more about platinum's place in our history and platinum's place in your portfolio.