Paranormal Activity and Gold | Did You Know 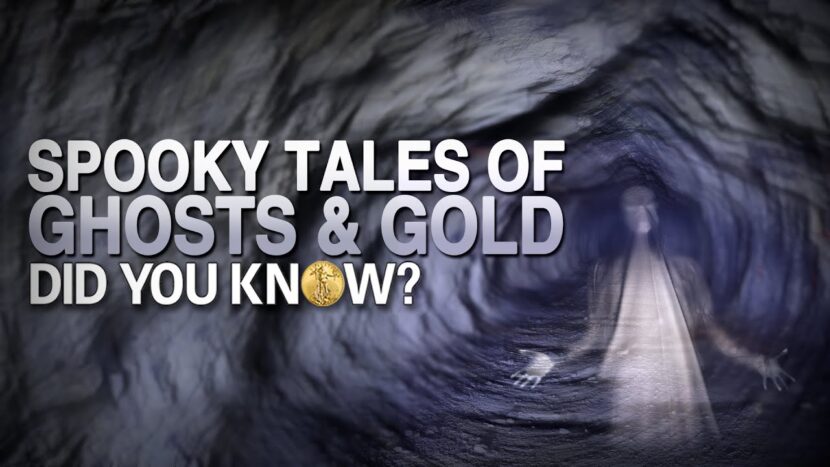 If you are scared of ghosts, you may want to stay away from the Phoenix Goldmine in Idaho Springs, Colorado. Legends of murder, witchcraft and mysterious spirits called “tommyknockers” give the former gold mine a chilling reputation. If you’re interested in learning more, watch this episode of U.S. Money Reserve’s “Did You Know?”

Paranormal Activity and Gold | Did You Know: Video Transcription

Narrator          (00:08):
Throughout American history, we've witnessed a multitude of gold discoveries, prompting the migration of people to areas containing gold. Of the historical accounts that have documented these discoveries, some of describe eerie and haunting tales. These tales have led many to wonder whether some of these mines could serve as a host for more than just human activity, maybe even paranormal. The Phoenix Gold Mine: located in Idaho Springs, Colorado. Discovered in 1870, this mine once served as an attraction for prospective miners. Booming with gold, the mine soon became a pivotal part of the local community. In time, the mine was depleted of its resources and people gradually stopped traveling to the area. Despite this decline, many continued visiting the mind on account of its supernatural history. Several accounts of murder, spirits, and even witchcraft have surfaced throughout the years. One story tells that two men had been murdered near the mine.

Narrator          (01:09):
Another tells that two people had been buried inside of the mines, one of which had been a witch who was believed to have practiced black magic. Paranormal tales from the Phoenix Gold Mine have even garnered the attention of TV shows like Ghost Adventures. After trekking its steps, some of the crew speculated that the mine may contain spirits known as tommyknockers. A tommyknocker is a supernatural being of folklore; they're short in stature and are closely related to the Irish leprechaun. These mythical creatures clad themselves in miner's garb and dwell deep inside of gold and other mines. Though some legends depict tommyknockers as mischievous beings, Cornish folklore depict tommyknockers as helpful spirits left behind from miners who had died in previous accidents. These spirits are said to assist miners, warning them of cave-ins and dangerous conditions by knocking on the walls of the mines. These tales became so prominent that miners would often leave gifts such as food or gold for the mythical creatures upon leaving the mines. Call the number on your screen if you'd like to learn more about gold's place in history or gold's place in your portfolio.