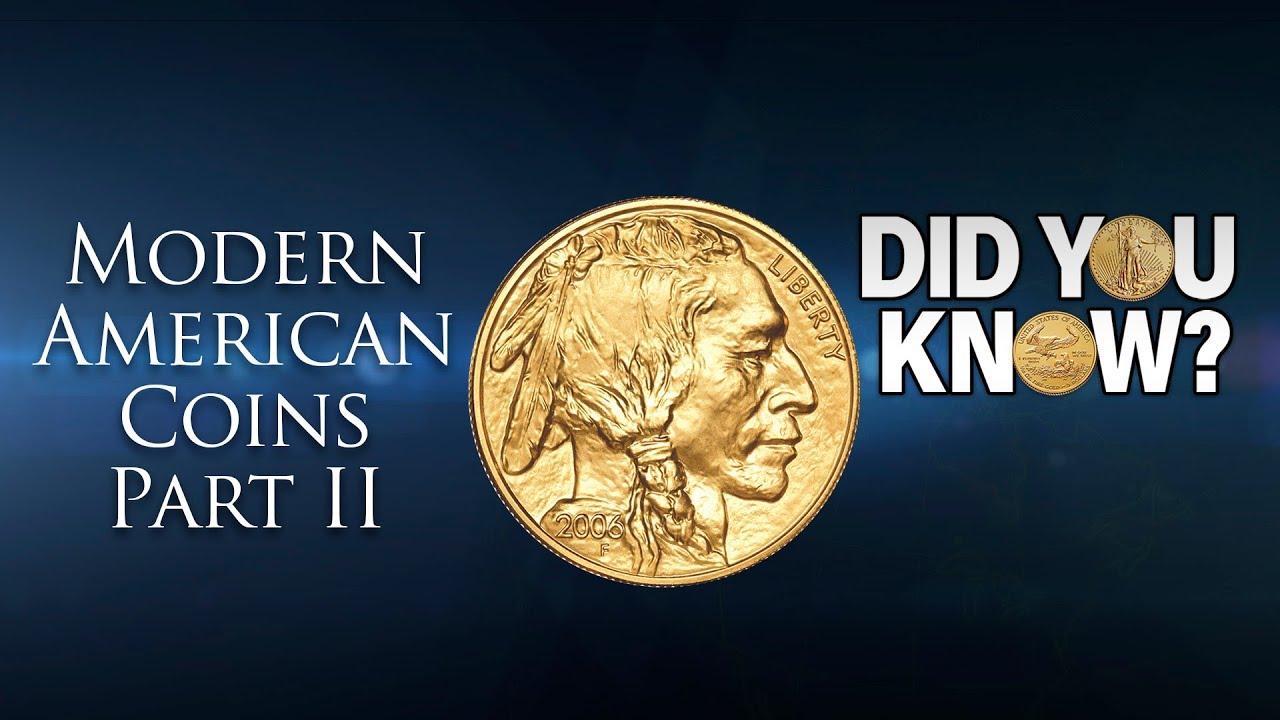 The United States Mint produces some of the world’s most beautiful and collectible precious metal coins. Among these are the Gold American Buffalo, the Ultra High Relief Double Eagle, the Silver American Eagle, and the Platinum American Eagle coin. Learn more about these modern American coins in today’s episode of “Did You Know.”

The Gold American Buffalo was the first 24 karat gold coin offered for sale by the United States mint. It was released on June 22nd, 2006. The coin follows the greatly admire design of the Indian Head Nickel, originally designed by James Earl Fraser. Bullion and proof versions of buffaloes are minted. 2008 was the only year that the U S mint minted all four denominations. 5, 10, 25, and $50 in the American Buffalo series.

New Speaker: 00:43 A modern version of the famous United States, 1907 ultra high relief double Eagle gold pattern was produced in 2009 at the Philadelphia mint. This achievement was made as a tour de force to demonstrate technical advances and minting techniques. In addition, four stars to represent the current 50 States were added and the inscription and God we trust original 1907 examples of this coin are well beyond the reach of all but the most serious collector. This 2009 re-issue made this magnificent coin once again available at a very affordable price.

The platinum American Eagle has the same size and weight of the gold American Eagles, but their face values are different. The design on the reverse side of the coin changes with each year. After 2008 the U S mint only produced $100 one ounce platinum coins. Call the number below, or click on the link in the description to learn more about the value of gold and other precious metals.