Klondike Gold Rush: Did You Know? 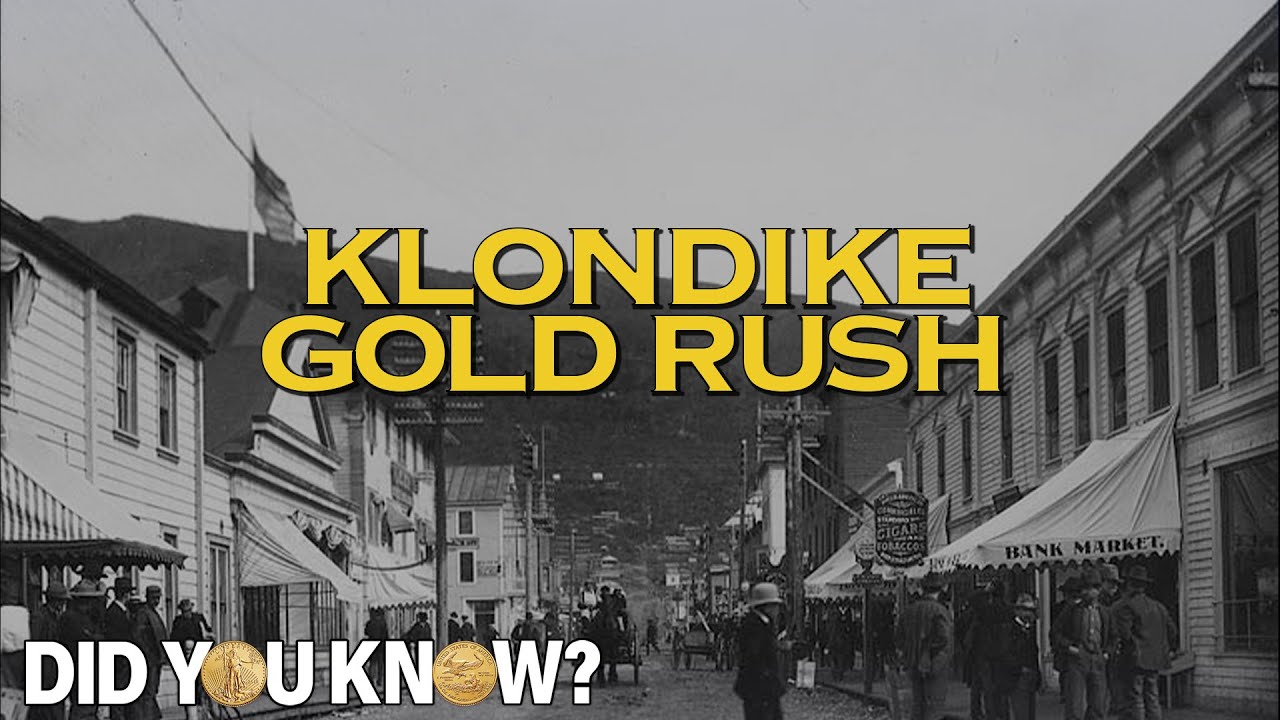 The Klondike Gold Rush was a massive influx of gold miners to Canada’s Yukon territory and Alaska in the late 1800s. The hazardous conditions of the region made it a very dangerous journey. However, the allure of gold proved too strong to ignore for many. If you’re interested in learning more, watch today’s episode of U.S. Money Reserve’s “Did You Know?”

Narrator:              00:03
In August of 1896, Jim Mason, Dawson Charlie, and George Washington Carmack discovered gold in Rabbit Creek, a tributary of the Klondike River within the Yukon territory of Canada. The news circulated slowly at first due to the remoteness of the location. However, word spread in time and by early 1897 around 100,000 people began the journey to Yukon. Floods of gold seekers poured into the new makeshift towns of Skagway and Dyea. These towns were used as a starting point for individuals on their way to the gold fields. Despite the long journey required to get to the Yukon territory, the real challenges were faced on the trails. The rough terrain and devastating weather conditions made the trek extremely dangerous. Many lost their lives to disease, malnutrition, hypothermia, and avalanches. The expedition was only 35 miles in length, but it took around three months to complete due to the hazardous trail conditions and mountainous terrain. Between 20,000 to 30,000 gold seekers successfully completed their journey and temporarily turned the nearby town of Dawson into the largest city north of San Francisco. During the summer of 1898 Dawson had a population of approximately 18,000. However, by August many began to head home with most having nothing to show for their treacherous excursion. The gold discovered in the Klondike River is estimated to have amounted to over 1 billion U.S. dollars. Today, despite most leaving empty handed, several “Klondike Kings” left Yukon very rich. If you're interested in learning more about gold or other precious metals, call the number on your screen or click the link below.