If the Dollar Drops, What can Support Your Wealth? | USMR Market Insights 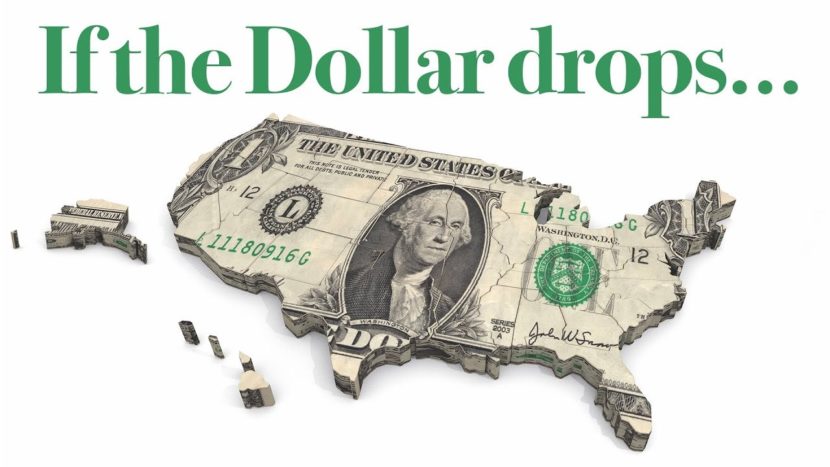 The head of the International Monetary Fund, Christine Lagarde, warns the banks of the dangers the dollar might pose earlier in October. Palladium may offer the security the USD cant.

If the Dollar Drops, What can Support Your Wealth?- Video Transcription

Many of you know the stock market for October was a phenomenal month in regards to it being extremely rocky. We saw the stock market drop almost 2000 points inside of 31 days. When that happens and you look at the information that's now in front of us, most of the news stations are not telling us why. They're just telling us that we're in correction territory. This is very similar to what we were talking about. The stock market being over valued several months ago. They tell you that it's overvalued, but they don't give you the numbers and they don't give you where to go get the information. Today, the same thing is happening. They're telling you that this is just a correction and that it was expected to happen. Here's what we identified and here's what we found. The stock market started taking a decline on October 4th. That means on October 1st, October 2nd and October 3rd it had updates.

After October 3rd, something happened. What we identified was that the International Monetary Fund was warning that the global debt was at a level that was in a position that puts the global economy at risk. One of the things that also took place is that Christine La Garde, who is head of the International Monetary Fund, is one of the most powerful people on planet Earth. She's regarded as one of the top fifth most powerful people on planet Earth in regards to the economy. She's asking countries around the world, primarily the central banks to start pulling away from US dollars. In the second quarter of this year, US dollars in central banks were reduced by 38%. So that means central banks around the world took 38% of US dollars and they put their money somewhere else. That money went into the euro, it went into the yuan, and it went into the yen. Why would Christine La Garde, regarded the top fifth person on planet Earth, start telling countries and central banks to start pulling out of US dollars?

The U.S. economy is continuing to be in a fragile point. And when that happened that evening, the following day on the fourth, the U.S. stock market continued to see a rocky period of time dropping nearly 2000 points. We have to understand where the information comes from and what is taking place behind the scenes. The other thing that we talked about two or three weeks ago when we talked with Mr. Brunson was the continuation of U.S. treasury bonds and other elements that are out there. And one of the things that we talked about was how to safeguard your money against these types of issues. And one of the elements that we talked about other than silver and gold was palladium. On October 22nd, Bloomberg news came out and talked about palladium specifically and how the future in palladium was increasing. Now here at U.S. Money Reserve, we put our clients in positions of palladium last year that did very well.

This year. We also took a very large position on palladium again. On October 2nd, the shortage in palladium globally was nearly 500,000 ounces. And now we're starting to see hedge funds and management groups start moving and shifting their client's money into those sectors of the market. Two days ago, Steve Sjuggerud, with Daily Wealth also stated that he believes that palladium will now outperform gold in the near future. We're talking about a shortage that will exist way beyond the year of 2020. So when we start seeing economic turmoil or uncertainty in the market, you have to start looking at alternative assets. We know that precious metals has always been one of the safeguards to safeguard against the declining US dollar. We know in 2000 that gold rose significantly along with silver. We also know that in 2008, gold rose about 50% a year on average over the course of the five year recession.

Palladium is a new element for the U.S. Mint and with the shortage being at nearly 500,000 ounces going into the year of 2019, the chances of the U.S. Mint producing palladium will most likely be zero. Doesn't mean that they're not, but the chances of them doing it are pretty slim with the current information we now have. We also know that Donald Trump made the announcement that he's pulling out the nuclear pact with Russia. Russia is one of the primary areas that you go to get palladium. South Africa's infrastructure is not there to support the amount of palladium out there and the United States produces a very minimal amount. That is also one of the reasons why hedge funds are starting to drive their money in that sector of the market. So if you're looking to protect money against a declining dollar and the uncertainty that's in the market today, palladium is an excellent air to be able to do that. For instant access to this month's literature, you can use the link in the description below to get your own e-book or call the number on the screen right now and we'll get you a printed copy to you right away. As always, thank you for watching U.S. Money Reserve's Market Insights.