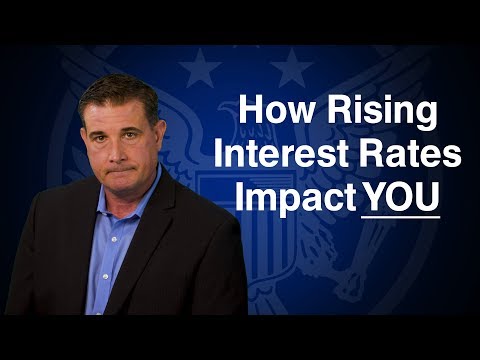 Interest rates play a critical role in today’s economy. Last week, the Federal Reserve raised interest rates for the second time this year—and two more are planned for 2018. In this installment of U.S. Money Reserve's Market Insights, find out what the rate hike means, and how markets could be in trouble.

Ultimately, interest rates staggers the economy, so that balancing act of trying to push it too far left or too far right is important to understand. If you're a consumer that is looking to protect money, and if you are an individual that believes in hard assets such as gold or land or other assets, land is in a critical point right now. It's at a tipping point. If we continue to raise interest rates and you're buying real estate right now, what will be the longterm effects of that real estate at a high end real estate market when interest rates continue to rise over the next three or four years? If the country, the United States, gets itself in a position where interest rates are five, six, seven, eight, or nine percent on a home loan, it's going to slow down the economy. It also means vehicle loans become more expensive. Credit card debt becomes more expensive. Student loans become more expensive. It starts staggering and slowing down the economy.