How Much Debt Can the U.S. Handle? | USMR Market Insights 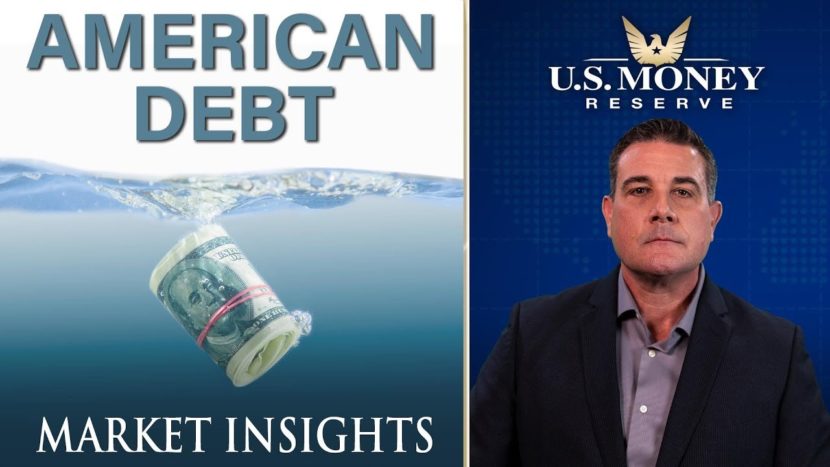 Over the past few months leading up to February of 2019, the U.S. gross national debt ballooned by $1.26 trillion to $22.1 trillion. Someone has to buy this new pile of debt – but who? That question is getting increasingly crucial as this debt is ballooning even in good economic times such as those that we are now experiencing.

How Much Debt Can the U.S. Handle?- Video Transcription

Over the past few months leading up to February of 2019, the U.S. gross national debt ballooned by one point two six trillion to twenty two point one trillion. Someone has to buy this new pile of debt, but who? That question is getting increasingly crucial as the debt is ballooning even in good economic times such as those we're now experiencing. Fueled by deficits that the Federal Chairman, Jerome Powell, consistently calls unsustainable, today the Treasury Department's Tech Data shed some light on that very question. The U.S. government debt that cost a now record amount of five hundred twenty three billion in interest in the year of 2018 is becoming a concern for foreign countries as the GDP of the United States is only increasing marginally against this mounting debt. China, the largest foreign creditor of the United States, dumped 46 billion of its holdings of marketable treasury securities over the 12 month period, according to the Treasury Department's recent tech datasheet.

But over the last three months, China added to its holdings. Those holdings at the end of February, stood at one point one three trillion. The peak was in February of 2016 at one point two five trillion. Japan, the second largest foreign creditor of the U.S., added 13 billion in treasury securities to its holdings over that same 12 month time frame. In January alone, it added 28 billion. Japan's holdings of Treasuries now stand at one point 07 trillion, having peaked at the end of 2014, at one point two four trillion. China and Japan are by far the largest creditors to the United States. But their relative importance has edged down over the past few years as their holdings have declined while the U.S. gross national debt has continued to balloon. Their combined holdings of U.S. Treasuries amount to roughly shares of 10 percent of the U.S. gross national debt, with China holding roughly 5.1 and Japan holding four point eight.

Speaker 1: 01:58 As the debt of the United States continues to increase over time, countries around the world will continue to become more cautious about acquiring U.S. debt from the United States. As the debt continues to climb, ultimately there will be a breaking point, and that is what most believe is already on the horizon. If you'd like to get more information about this topic, you can pick up U.S. Money Reserve's latest report, ‘in debt and out of time'. It talks about the hundred and eighty four trillion dollar nightmare that we now have globally. So please click on the link below or call the number on your screen to get your copy. If you're watching from YouTube, please describe to our channel so you don't miss a single episode. I'm U.S. Money Reserve's, Coy wells and as always, thank you for watching Market Insights.