How Long Can We Keep Kicking the Can Down the Road? 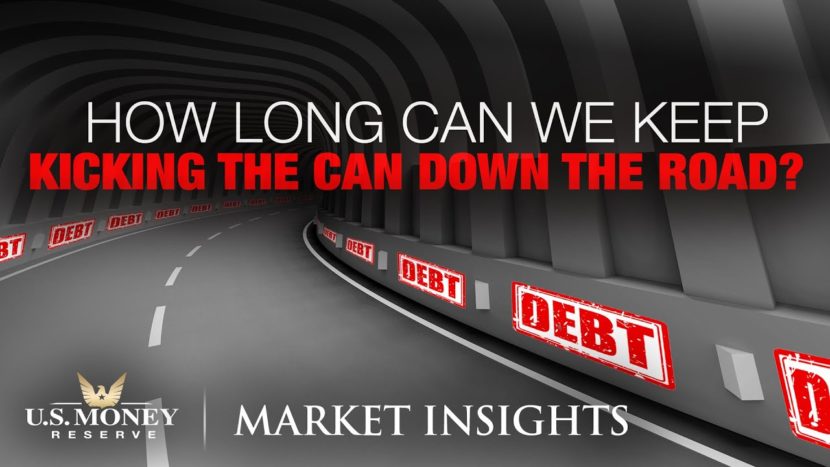 The burden of national debt on the American public has the potential to become even heavier. Following a decade of trillion-dollar annual deficits, the Congressional Budget Office projects federal debt will be 98% of the GDP by 2030. By 2049, it is forecasted to be 174% of GDP. Learn more in this episode of USMR Market Insights with Coy Wells.

How Long Can We Keep Kicking the Can Down the Road? – Video Transcription

The congressional budget office, or CBO, projected that the federal government debt will soon reach levels not seen since World War II. In 2020, the CBO forecast the government to spend at least 1 trillion more than it collects. The Wall Street Journal has reported that this means that for every dollar the government collects in revenue, they will spend a dollar and 28 cents. Over the next decade, the CBO's outlook does not get any sunnier. They expect that deficits will either be at or exceed $1 trillion each year. The Wall Street Journal has reported the deficit will be at least 4.3% of gross domestic product every year through 2030, which is the longest stretch of time for budget deficits to exceed 4% in the past century. For the general public, the CBO forecast that debt they hold will be 81% of the GDP this upcoming year and reach 98% of the GDP by 2030. In the longterm, things could get even worse.

If debt continues to accelerate at the same rate, the CBO projects that the debt would be 174% of the economy in 2049. In the past, market analysts have warned that when a national debt burden exceeds a country's ability to pay it back, the government risks to default. Experts believe that this risk could have a dramatic impact on economic growth. Experts have also said that in a low growth environment, gold could act as a hedge against volatility. Call the number on your screen to receive information on how you can get exclusive diversify portfolio packages of 5, 10, or 30 thousand dollars. Click the link below to receive access to U.S. Money Reserve's latest special report, 25 Reasons to Own Gold, 2020 edition. Please give us your thoughts in the comments below and share this video. Make sure you subscribe to our YouTube channel so you don't miss a single new episode of market insights. I'm U.S. Money Reserve's Coy Wells, and thank you for watching.