How Could Brexit Affect the Global Economy? 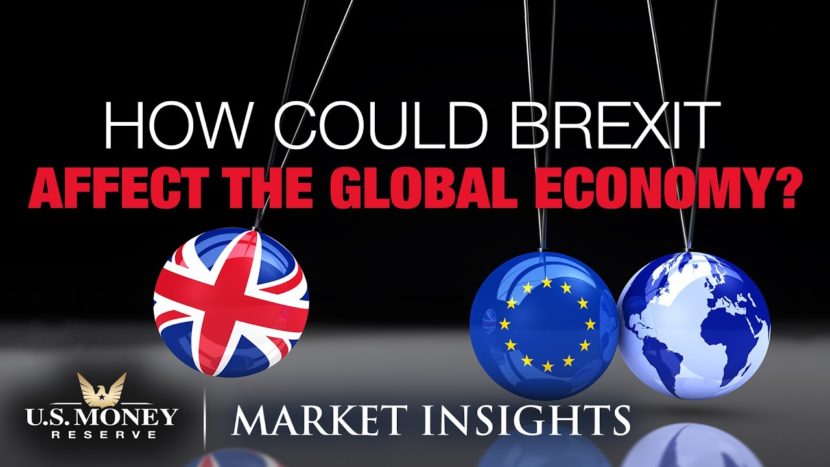 Uncertainty could be a persistent element in the global economy for a post-Brexit world. Until a new status quo is set in stone, the nature of the U.K.’s new trade relationships with the European Union, the United States, and more are in question. Learn more in this episode of USMR Market Insights with Patrick Brunson.

How Could Brexit Affect the Global Economy? – Video Transcription

Patrick Brunson          00:00
January 31st, 2020 will go down in history as the day that the United Kingdom left the European union. This ends a three year period that started after the initial Brexit vote, which was filled with extensions, parliament, standoffs debates, and three different prime ministers. However, new challenges still await. Prime Minister Boris Johnson must now negotiate a new trade policy with the U.K.'s largest trading partner: the EU. While this is being worked out, there is a transition period in place that will allow business to proceed as usual. This grace period will end on December 31st, 2020 with or without a deal. This puts a new countdown for Boris Johnson and chief EU negotiator, Michel Barnier, to work something out. Reports by the Guardian and the BBC indicate that they are taking combative stances. Boris Johnson has vowed that Britain would not align with EU rules in Brexit trade deals. EU officials have insisted that they will place tariffs on U.K. goods if he does not comply.
Patrick Brunson          01:06
Outside of Europe, the UK will now also work out a new trade deal with a variety of other countries, notably the United States. President Trump has reportedly eager to work out a new trade deal with the U.S. ally across the pond, but some analysts have speculated that the hard line stances both leaders take could lead to a protracted negation. In addition, Brexit also has caused some internal divisions within the kingdom. The guardian has reported that polls show support for independence from the UK has grown in Scotland. The border between Northern Ireland and the Republic of Ireland could also fall under further dispute. What all of this adds up to is uncertainty. Historically, businesses like certainty before taking risks and making other moves for future growth. Uncertainty and trade matters like these could lead to a stagnation of business activity. In the past, this type of uncertainty has led many to look to gold as a perceived safe haven for their money.
Patrick Brunson          02:03
This is one of several factors in the global environment that could support gold. So for more information about other economic factors that could support gold, please call the number on your screen or click the link below to receive access to U.S. Money Reserve's latest special report, 25 Reasons to Own Gold 2020 Edition. This report breaks down the facts that support gold in a way that's easy for the average consumer to understand. So please give us your thoughts in the comments below and share this video. Make sure to subscribe to our YouTube channel so that you don't miss a single new episode of Market Insights. I'm U.S. Money Reserve's Patrick Brunson, and thank you for watching.