Fenn’s Hidden Treasure: Did You Know? 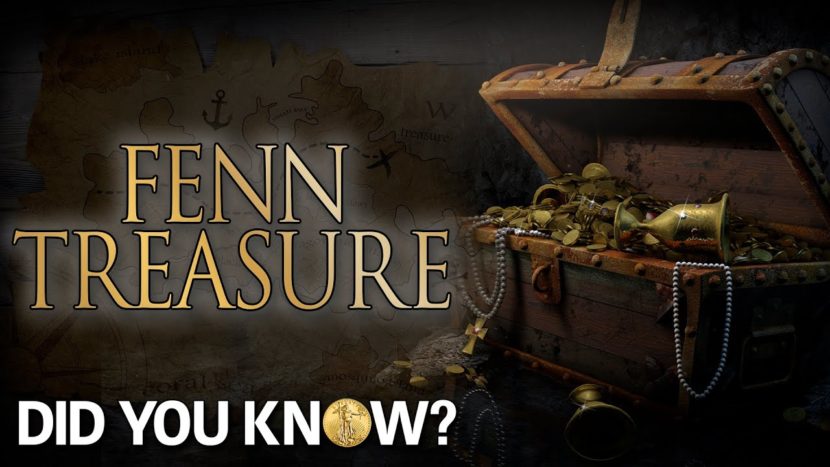 A mysterious treasure chest filled with gold and other rare artifacts estimated to be worth around $2,000,000 was hidden somewhere in the Rocky Mountains by a man named Forrest Fenn. To this day, the treasure has not been found. If you’re interested in learning more, watch this episode of U.S. Money Reserve’s “Did You Know?”

Fenn's Hidden Treasure: Did You Know?

Forrest Fenn was nine years old when he found his first arrowhead. The discovery fueled a lifetime passion for outdoor exploration and discovery. After becoming a professional fishing guide at the age of 13 and later serving in the Korean war, Fenn and his wife opened a gallery and began trading antique goods and treasures. Fenn continued to amass a variety of rare and valuable items until he was diagnosed with cancer in 1988. After receiving a terminal diagnosis, Fenn was inspired to take some of the treasure he'd collected over the years and hide it somewhere secret for others to find. He filled a 12th century bronze chest with gold nuggets, coins, jewelry, and gemstones and hid it in the Rocky Mountains. Despite being given a terminal diagnosis, he miraculously recovered from cancer in 2010 and self published a book titled The Thrill of the Chase, a Memoir. The book details a variety of short stories spanning the course of Fenn's life and provides hints about the hidden treasure's location. The book contains a poem that provides nine clues about the whereabouts of the treasure and states the general location is in the mountains somewhere North of Santa Fe. The chest value has been estimated to be worth up to $2 million. To this day, the chest remains hidden somewhere deep in the Rockies. You don't have to search far to find information about gold diversification. Call the number on your screen to learn more about gold's place in history and gold's place in your portfolio.