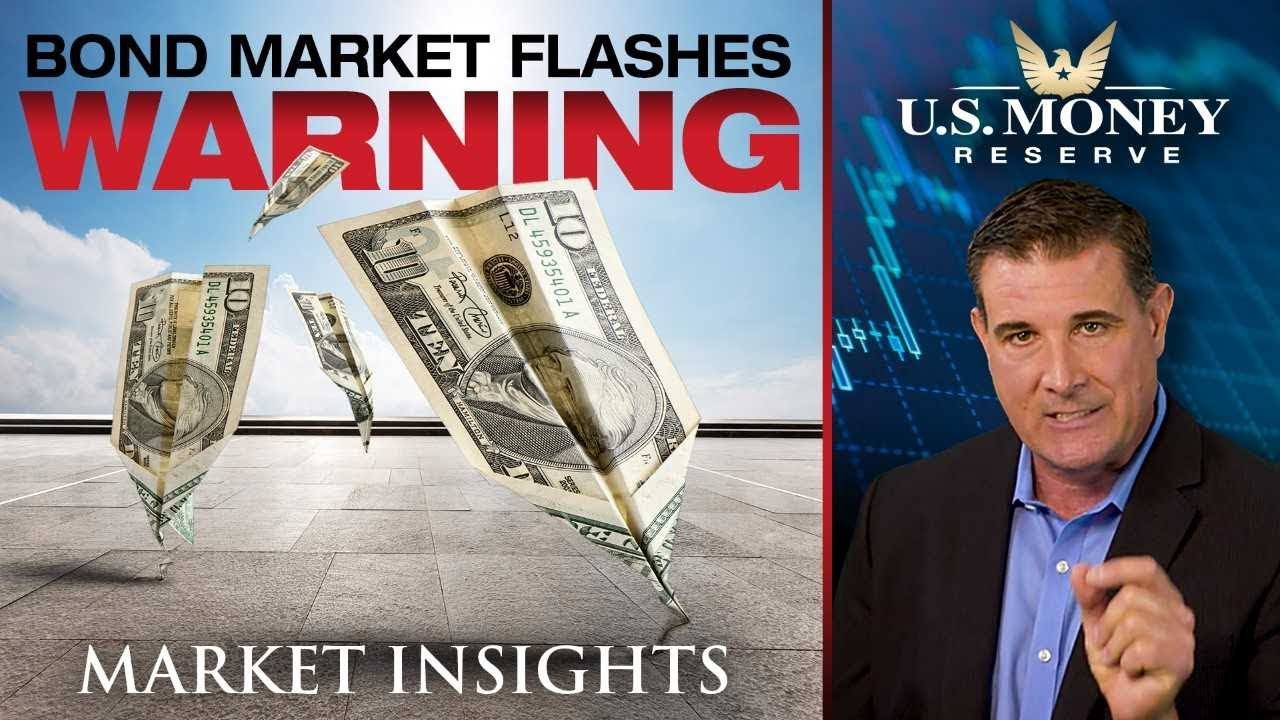 The bond market flashed a major warning on Friday, March 22, when the yield on long-term U.S. government bonds fell below the yield on short-term debt. Considered one of the most reliable recession indicators in the market, an inverted yield curve has preceded all nine U.S. recessions since 1955. Coy Wells explains what this all means and why you should care in today’s edition of USMR Market Insights.

Don’t Ignore This Warning from the Bond Market – Video Transcription

This week's topic is going to be the federal budget. The reason why this is important to understand is that we've now have some information that has just come out Friday and almost on every major news station, its going to impact the federal budget going in the near future, and I'm going to get to that in just a moment. The Congressional Budget Office is projecting that this year's deficit, will hit 897 billion. That's up 15.1% from the 779 billion deficit recorded last year. In the Congressional Budget Office projections for the next decade, it forecasts that the deficit will once again top the 1 trillion annually beginning in 2022. The reason why this is so important to understand is that Morgan Stanley, along with every major new station in America is now talking about the inverted yield curve is now sending a message. Morgan Stanley also states that investors should remain defensively positioned on stocks, according to Morgan Stanley's most recent report.

Their equity strategist, his name is Michael Wilson, he currently states that the inversion curve on three-month-year-old curves has now exceeded ten-year yield curves. So let me kind of explain what that means for just a second, so those who are watching understand what that exactly means. We sell our debt in a form of treasury bonds, and countries have the ability to buy these, like buying a CD, and they have a specific interest rate that is tied to them and that's why interest rates over the course of the last year have been so important because if they raise them, of course we have the ability to make more money on our money in the bank and that's the same with U.S. Treasury bonds for those who buy them outside of the United States. Right now, if someone who's buying a ten year treasury note or treasury bond, they believe the confidence in the U.S. economy long term is very strong.

Even if they buy a five year treasury bond, they believe that it is going to be a very good economy long term. When you start seeing an inversion yield take place, that inversion yield is now telling us that they have gone from two-year, five-year, ten- year down to three months. That tells us that we're in trouble, okay. That means outside of the United States, they don't have any confidence in the U.S. economy in the long term. They are now stating that the inversion curve is the key indicator and most important key indicator for a recession. The last time we saw a three month yield curve take place it was in 2007 and for those of you that have been watching this series for long period of time now understand that we've been talking about a recession or a deep seeded recession for an extended period of time.

Okay. If you understand what's taking place for the first time since 2007 following the sharp rally in long dated notes, the spread between the two maturities stood around negative three base points. On Friday, the ten-year note yield fell nearly 10 base points to put it at 2.434 while the three month bill was down a single base point to 2.462 the reason why this is important to understand, bond prices move inversely of the yield curve. That's why they call it inversely reacting to the other. The last nine times the yield curve has inverted a recession followed, and that's according to the Federal Reserve of San Francisco. Obviously, the U.S. is going to have to do something about the out of control federal budget.

To get more information about what we discussed today, click on the link below to download our latest report, 5 Worst Things to Do With Your Money. You can also get a copy of all our other reports if you click on the link for our resource library. If you're watching us from YouTube, subscribe to our channel so you don't miss a single episode for U.S. Money Reserve, I'm Coy Wells and thank you for watching USMR Market insights.