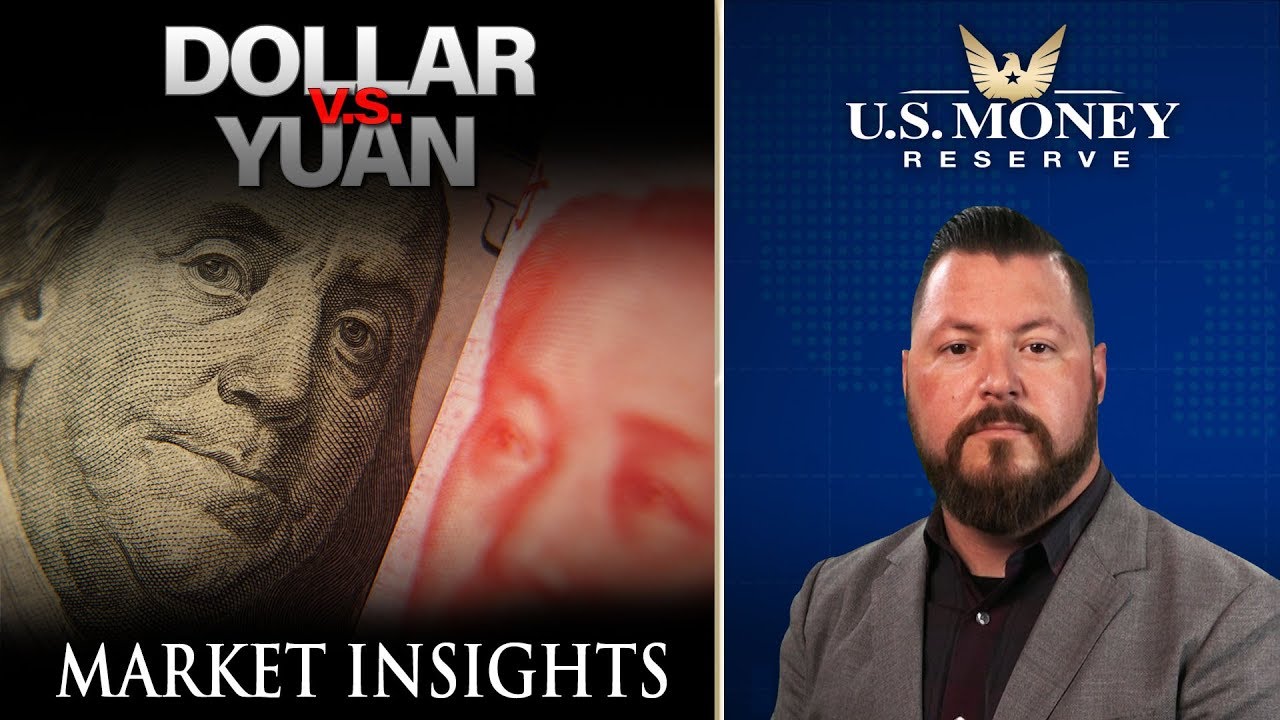 Russia's movement from the U.S. dollar has set forth a chain reaction causing other countries to follow in the same footsteps. In turn, China's push for the gold backed yuan to replace the dollar holds potential to be hazardous for our economy. Learn more in this episode of USMR Market Insights with Patrick Brunson.

So the main topic that we've been discussing over the course of the last week and a half is the fact that we now have several other countries around the world who are dumping U.S. dollars, U.S. Treasury bonds and dollar denominated assets. Not many people really understand the cause and effect of this and what it can do to our economy and our country, which is why we want to talk about this specifically in this episode. Russia over the last 60 days has dumped than $80 billion in treasury bonds. As a result of that, the dollar has started to come down recently and gold had really started to make its move up, but the overall effect of Russia dumping these U.S. treasuries has started a domino effect. We now have other countries who are also following suit and China is incentivizing these countries to dump U.S. dollars and convert to Chinese yuan for global trade as well.

So what's happening is we're now seeing China buy up large amounts of U.S. debt from other countries, not from the United States, but they're buying up our debt that other countries are holding on their books and when they buy that debt, they buy it in Chinese yuan. Couple of years ago, China actually made the Chinese yuan a world reserve currency and the IMF has recently recognized it to be a trade currency. It's also backed by gold. So, if you think about it, if you're a business or a financial institution or even a country and you have the option of doing trade in a U.S. dollar that's backed by government promises or you have the option of using a currency that's actually backed by gold, which one would you choose? This has also caused a major issue within the bond market. Over the last six to seven weeks, we've been hearing a term called “inverted yield curve” on the news a little bit.

Now, they're not covering it to the extent that it should be and they're not covering what the overall end result can be after we hit an inverted yield curve. But bottom line is what it means is that short term treasury bonds, like three month and six month bonds are now paying out more interest than the long term 10 year treasuries. It's upside down or inverted. The reason this is important to take note, is the last time we saw an inverted yield curve was in late 2007 right before we went into the 2008 recession. This is a big deal because each and every time we've hit an inverted yield curve, it's been followed by a major recession with just in a few months.

With that said, if you'd like to get more information on this topic, you can pick up U.S. Money Reserve's recent report, Why This Bear Market Will Be Different: 7 Reasons Not To Ride It Out. It has a lot of really good in depth information in regards to longterm wealth protection and the value of your dollar over time and what you can do to help better protect your portfolio. So please call the number on your screen or click on the link below to get your copy today. Feel free to comment and share this video if you find the information useful. And if you're watching us from YouTube, please subscribe to our channel so that you don't miss a single episode. I'm U.S. Money Reserve's Patrick Brunson, and as always, thank you for watching Market Insights.