Are We in Another Economic Bubble? | USMR Market Insights 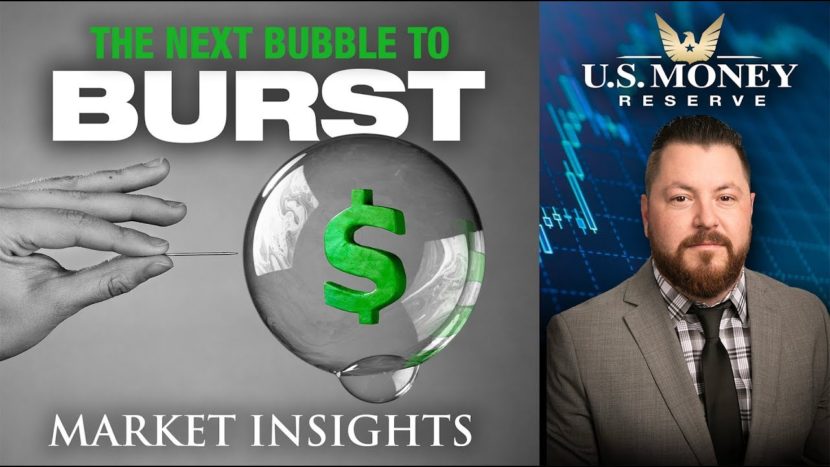 It took several years for the last bubble to burst, and now we’re in the second-longest economic expansion in American history. This could put us at risk for a meltdown even worse than the one before. With few places to hide, it’s important to be proactive and protect yourself no matter what happens.

Are We in Another Economic Bubble?- Video Transcription

It may seem to some that we're still recovering from the great recession of 2008. But the reality is that we hit our hundredth month of expansion at the end of last year. With an unemployment rate of around 4% and a bull market in stocks, the late summer of 2018 looks like a booming economy, if you will. But there is steady growth. It's not too hot and not too cold and inputs that are too expensive or too cheap. So what that means is just one thing. A recession is coming. Not to be a total killjoy, but historically there have been only two major expansions that have lasted as long as the one we're currently in. The match would be the 120 month boom in the 1990's. We'd need the economy to keep growing past the first quarter of 2019 and with our current climate going into this next election year, that is a very, very tall order.

So there's a lot of questions here. Now, don't get me wrong, recessions are not necessarily a bad thing as long as you allow them to happen naturally. The problem that we always run into is that we have a government and big Wall Street banks that constantly try to push off these incoming recessions to prevent them from actually happening. So when you push these things off, that's when you start to enter into bubble territory. And the bigger that bubble gets, the worse the recession will be when it finally happens. Recessions happen because labor jobs become scarce and wages start to climb, which prompts businesses to ease back on hiring and the Federal Reserve to raise interest rates, which has a braking effect on the economy entirely. In general, the longer it takes for these events to occur, the longer the recession will be.

A recession in 2019 would be likely, but it would be a short one. However, a recession in 2020 might be a bit more brutal. So there are ways that you can protect yourself and you should. In fact, the key thing with recessions is recognizing the symptoms early on. The government never publicly recognizes that we're in a recession until we're already six months into it. Reason being is because the government defines a recession as two negative quarters of economic growth in a row. The problem with that is by the time the the American people find out what's happening from the government, we're already six months into the recession, the dollar has dropped considerably and the stock market could be down 20 or 30% by that time. And so if we can recognize the signs early, if you can be more proactive with your money and your portfolio, that's what's going to be most beneficial.

One way you can get more information on this topic as well as information on the signs to look out for are in U.S. Money Reserve's, latest report, ‘the next recession, here's what it could look like'. It has really good in depth info about the coming recession as well as ways to protect yourself from the negative effects that are coming down the pike. So please click on the link or call the number on your screen to get your copy today. If you're watching from YouTube, please subscribe to our page so you don't miss a single week here at Market Insights. I'm U.S. Money Reserve's, Patrick Brunson, and as always, thank you for watching.