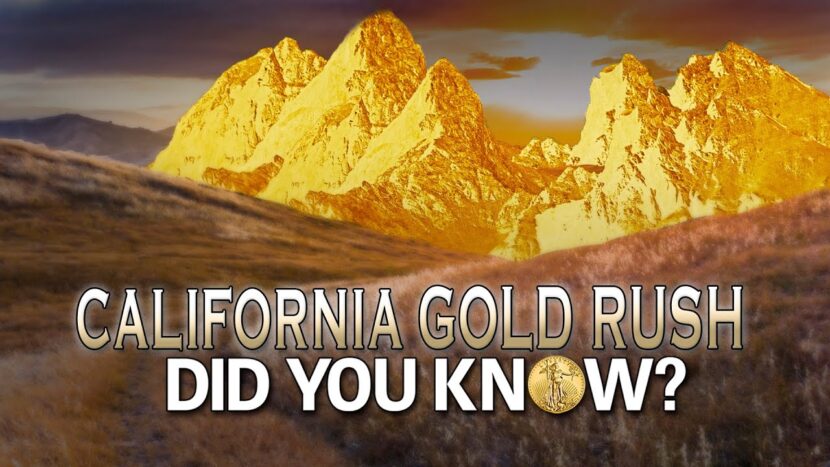 What started as a minor discovery at a sawmill on the western frontier soon ballooned into one of the most significant events of the 19th century: The California Gold Rush. If you’re interested in learning more, watch this episode of U.S. Money Reserve’s “Did You Know?”

The California Gold Rush started in 1848 and was the most prolific gold rush in American history. This influx was sparked when a carpenter named James Marshall discovered a gold nugget at John Sutter's mill in Coloma, California. Marshall and Sutter tried to keep the discovery a secret, but eventually word got out. There were many skeptics at first, but soon the story was published in newspapers and thousands of perspective gold miners traveled to San Francisco and surrounding areas, in hopes of striking it rich. These pioneers became known as the Forty Niners because they moved to California in 1849. An astounding amount of gold was mined during the Gold Rush – $10 million in 1849, $41 million in 1850, $75 million in 1851 and $81 million in 1852. San Francisco's population grew expeditiously during this time, making it the central metropolis of the new frontier. The popularity of the gold rush accelerated California's admission to the United States as the 31st state. The California Gold Rush is considered to be one of the most remarkable events in the first half of the 19th century. Today, we can see the influence of the California Gold Rush in many different parts of our society. Call the number on your screen or click the link below if you'd like to learn more about gold's place in history or gold's place in your portfolio.