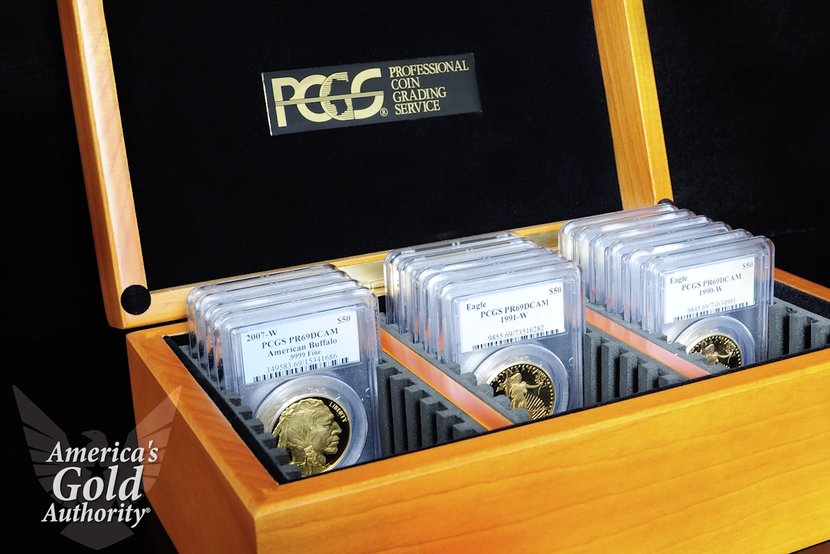 MS-60. AU-55. G-4. What’s next, 007? MI-9? Not quite! When you examine a certified gold or silver coin, you aren’t looking at a secret code or the calling card of a British spy. You’re looking at letters and numbers from the Sheldon Scale, the de facto standard for coin grading that communicates important information to you, the precious metals owner. What is this info and how can you use it to your advantage? We're here to explain!

What is the Sheldon Coin Grading Scale?

The Sheldon Coin Grading Scale is an internationally accepted, 70-point assessment of a coin's condition and quality. It was originally developed by Dr. William Herbert Sheldon in 1949 in order to grade large cents. His scale was slightly modified in the 1970s to account for a wider range of coins.

The Sheldon Scale goes from 1 to 70. The higher the grade, the better the condition of the coin (and the higher the price).

“Seventy is perfect and flawless with absolutely no imperfections, no fine scratches, no hairlines at all,” explains John Rothans, Master Numismatist at U.S. Money Reserve. “That’s basically the top, top, A+++ of the coin grading scale.”

The one or two letters in front of the number provide more information about the overall grade, such as the coin's strike type.

Who uses the Sheldon Scale?

Nowadays, practically everyone in the coin industry! All of the top third-party grading services rely on the Sheldon Scale, sometimes with very slight modifications, when assigning a grade to a coin. These grading services include:

Coin buyers also rely on the Sheldon Scale, since the grade of a coin can play a big role in its overall potential and the power of a precious metals portfolio. As PCGS notes, this idea coincides with the basis of Sheldon’s theory, “that a ‘70’ would be worth 70 times as much as a ‘1.’” 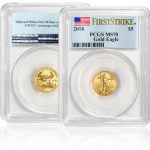 Zero imperfections. Ultimate beauty. Limited availability. That's the 2018 1/10 oz. Gold American Eagle MS-70. Granted the coveted First Strike label from PCGS, these coins were received for grading within the first 30 days of release. Order yours online or over the phone before inventory sells out!

Presented in 1949, the original Sheldon Scale was limited in application. It proved satisfactory for grading large cents but didn't include enough detail for widespread application. The original grading scale was adjusted in the 1970s to account for use with any coin series.

Today, virtually all of the professional coin grading companies rely on the same modified Sheldon Coin Grading Scale, as detailed below. These grade explanations align with coin grades given by PCGS.

A quick note: this section is loaded with coin terms, so it may help to brush up on parts of a coin (like the rim) and different strike types (like mint state and proof coins). If you have a certified coin on hand, now's the time to pull it out for reference!

Where can I buy graded coins?

At U.S. Money Reserve! Shop our inventory to see the Sheldon Coin Grading Scale in action. Our certified coins have been independently graded for their condition and preserved in sonically sealed plastic cases. They carry a numismatic value in addition to the metal’s melt value. Browse certified coins online to find coins in a variety of exceptional grades, including MS-69 and the coveted, perfect MS-70!