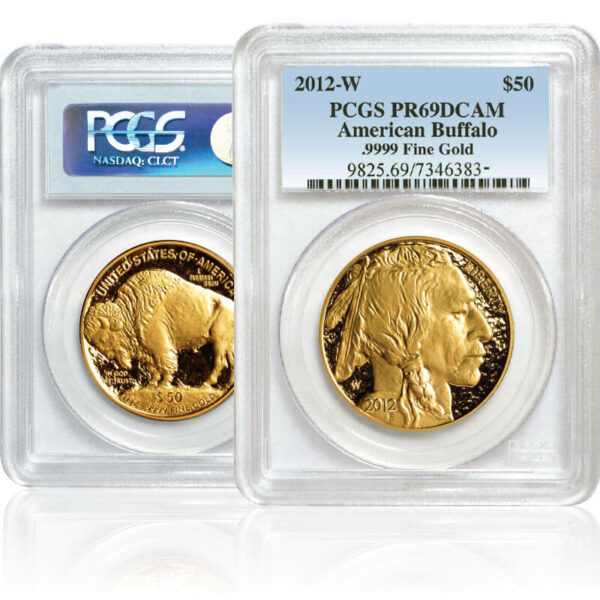 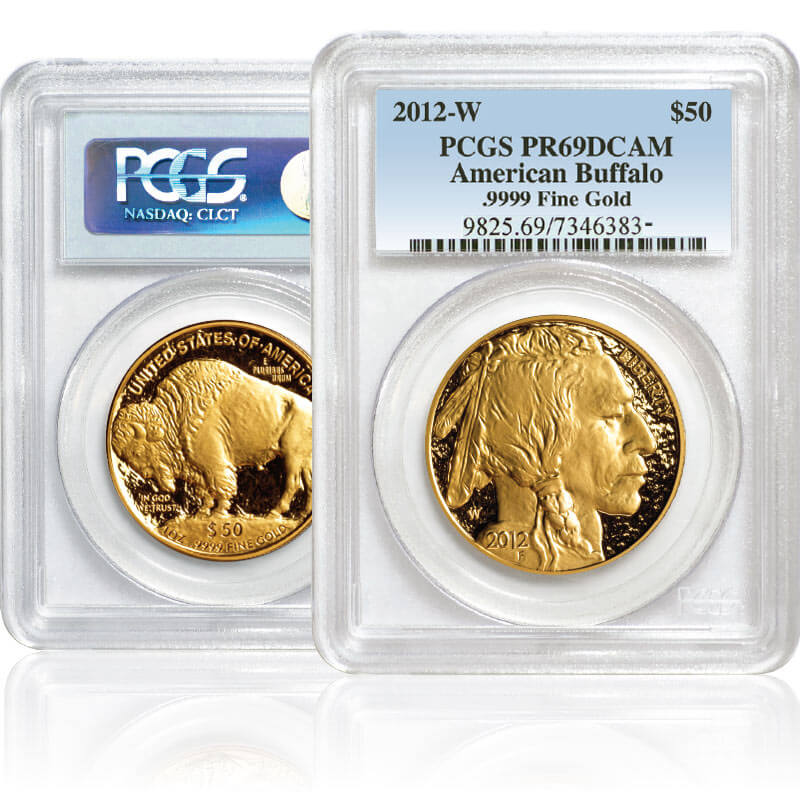 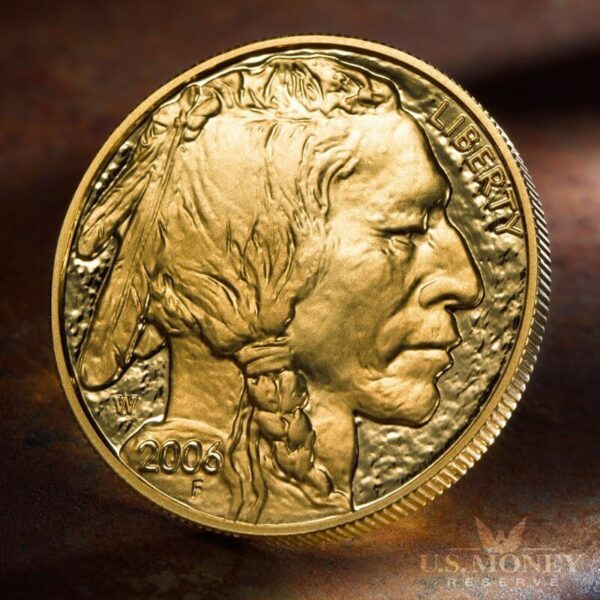 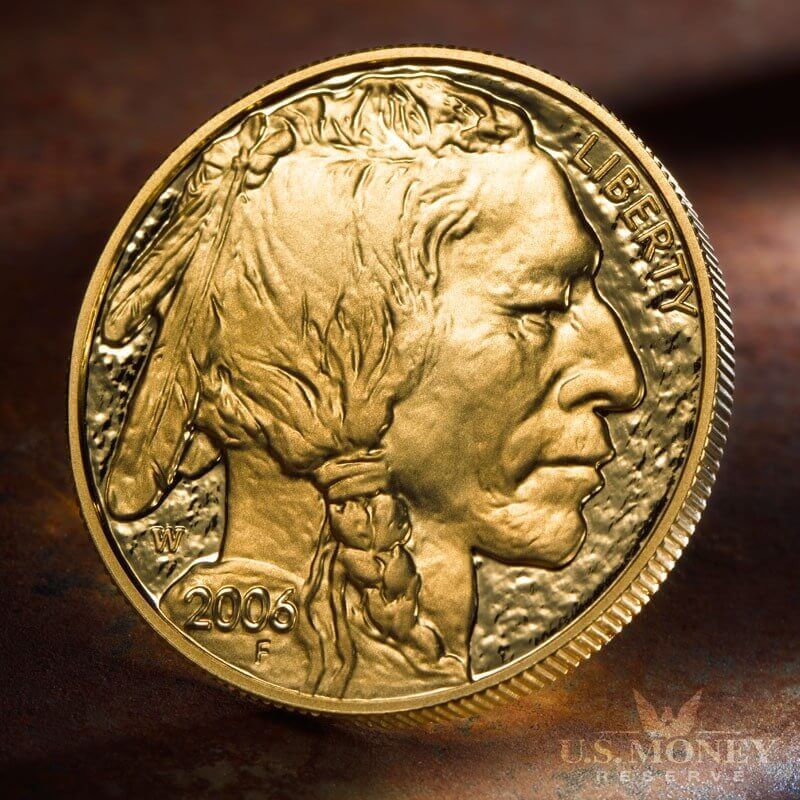 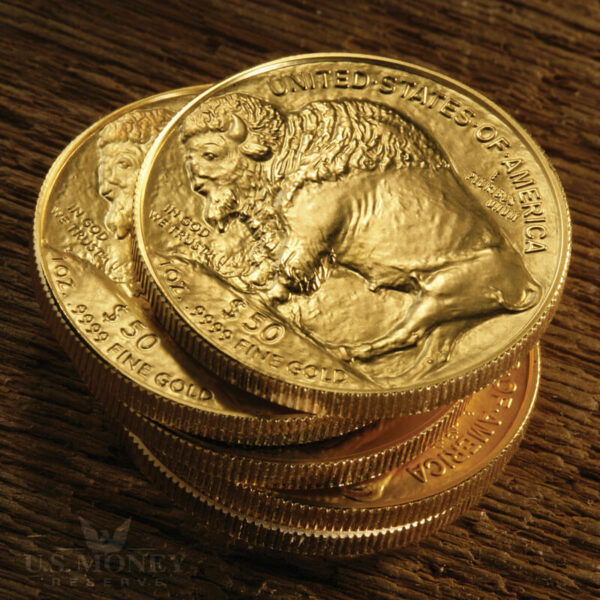 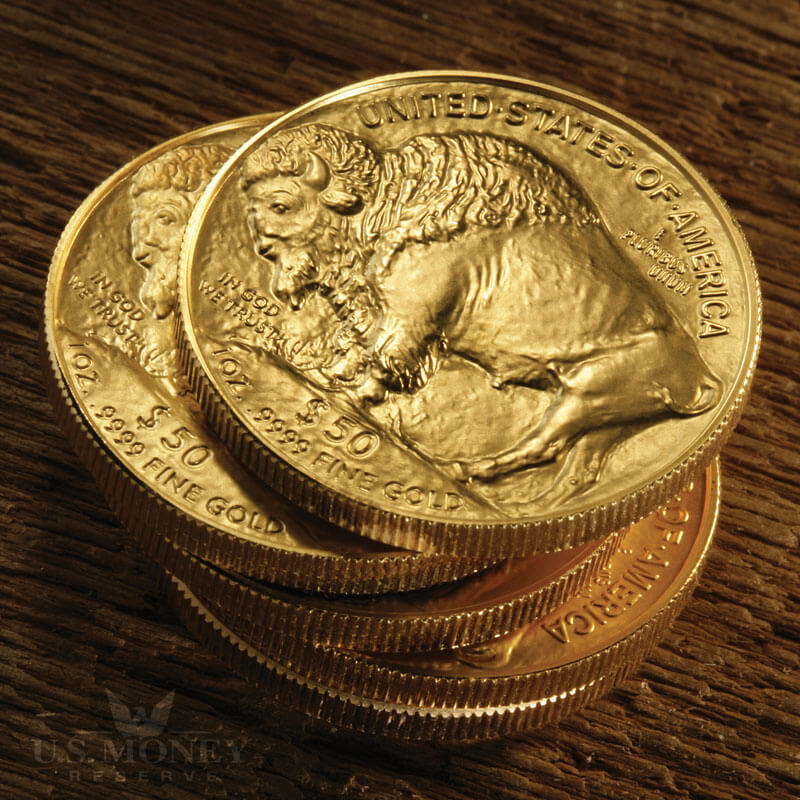 Extremely popular since its initial release in 2006, the Proof Gold American Buffalo Coin is the U.S. Mint’s first coin ever struck from 1 ounce of 99.99% pure gold. Each legal-tender coin is certified museum-quality PR-70 or near-perfect PR-69 by PCGS.

Proof Gold Buffalos exemplify the coin world’s highest quality. Each legal-tender coin is certified museum-quality PR-70 or near-perfect PR-69 by PCGS, as are nearly all modern certified coins sold by U.S. Money Reserve. That’s a stamp of excellence sought by mints, numismatists, and gold companies around the world. To preserve its stunning condition, each coin is sealed in its original tamper-proof slab. Proof Gold Buffalos are also assigned a unique serial number for authentication.

Buy Proof Gold American Buffalo Coins and you'll see! They give new meaning to what it is to “strike gold” today.

Proof Gold American Buffalo Coins are authorized legal tender, made at the U.S. Mint from solid gold mined in America. They are guaranteed by the U.S. government for gold content, weight, and purity.

What’s more, Proof Gold American Buffalo Coins tick many checkboxes for those seeking next-level insulation from market fluctuations. Their impressive condition and gold purity make them a gold coin that's consistently sought after, even coveted, around the world. Plus, their size and weight make Proof Gold Buffalos highly portable and easily traded—an effective hedge against a global economy that can at times seem unpredictable and harsh.

Few gold coins bear artwork that can compete with the rich history represented in James Earle Fraser’s Buffalo Nickel work. Raised by a father whose own history included a brush with the Battle of Little Bighorn, Fraser’s fascination with frontier life and the American West stands in bold relief on this proof gold coin.

Gold American Buffalo Coins were first released to the public in June 2006 under Public Law 109-145, also called the Presidential $1 Coin Act of 2005. Title II of this act announced the striking and issuing of $50 Gold American Buffalo bullion and proof coins. It set forth guidelines for the coin’s design, production volume, price, legal tender status, gold sourcing, and more.

Despite being one of the most famous portraits in American history, the Native American man depicted by artist James Earle Fraser on the obverse of the Proof Gold American Buffalo actually combines features of several men rather than a single source of inspiration. The mint year, mintmark, and the word “LIBERTY” appear on the obverse.

If the only black diamond you know about is the ski slope rating, the Gold American Buffalo Coin will introduce you to a new Black Diamond—the American buffalo who inspired the massive bison gracing the reverse of the Proof Gold American Buffalo Coin. Black Diamond was believed to be the largest American buffalo ever held in captivity. He lived in New York’s Central Park Zoo. Fraser lived in New York for more than a decade. “THE UNITED STATES OF AMERICA,” “E PLURIBUS UNUM,” “IN GOD WE TRUST,” “.9999 FINE GOLD,” as well as gold weight and legal-tender denomination, appear on the reverse as well.

As certified gold coins with a "proof" finish, these Gold Buffalos have a markedly different appearance than their bullion counterparts. They go through a special minting process and are struck multiple times, giving them a richer level of design detail and an eye-catching, mirror-like finish.

How Much Do Proof Gold American Buffalo Coins Cost?

Call U.S. Money Reserve for live pricing on Proof Gold Buffalo Coins certified by PCGS. As certified gold coins, these Gold Buffalos are special. They are evaluated and graded for their condition and rarity by a third-party grading service—in this case, the Professional Coin Grading Service (PCGS). The higher the grade, the more perfect the coin. Each one of these Proof Gold American Buffalo is certified museum-quality PR-70 or near-perfect PR-69 by PCGS. Call U.S. Money Reserve to learn more. Account Executives are standing by to answer any questions you may have about certified coin prices and availability.

Where Can I Buy Proof Gold Buffalo Coins?

If your interests extend to gold, precious metals in general, or renowned artistry and American history, contact us today about the wholly remarkable Proof Gold American Buffalo Coin.