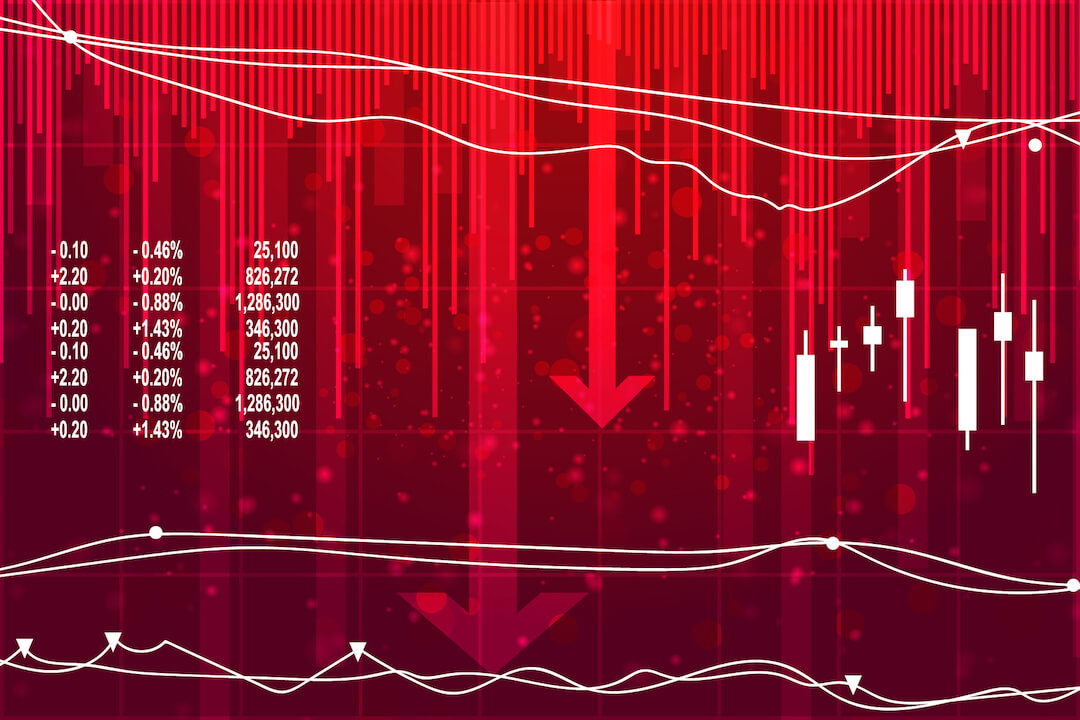 When—Not If—is the Next Economic Crisis?

The only certain things in life are death, taxes, and, one could argue, another financial downturn. Recessions are inevitable. Some economists believe they’re a natural outgrowth of business cycles. Others maintain that booms and busts reflect the inherent cadence of capitalism and a market economy. Still others assert that downturns represent an outgrowth of excess and bring necessary fiscal reckoning.

The “Austrians”—the likes of Ludwig von Mises, Friedrich Hayek, Carl Menger, and Joseph Schumpeter—found financial slumps to be part of the essential rebalancing of a free market economy, neither to be feared nor interfered with. The renowned economic theory that emanated from Austria in the late 19th century endorsed a laissez-faire, free market business model that pronounces recessions as not only natural but necessary.

With all the calculations, divinations, and prognostications analysts put forth, you’d never know that recessions are actually quite common. Investopedia defines a recession as “a significant decline in economic activity that goes on for more than a few months.” The decline is often accompanied by negative GDP growth, falling demand for goods and services, a decrease in consumer spending, and a rise in unemployment. 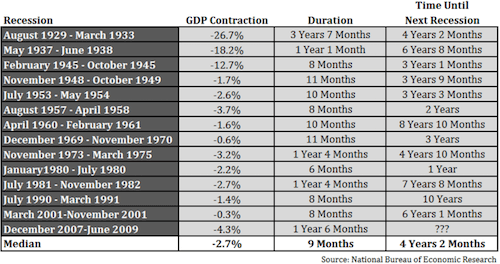 Only two presidents in U.S. history (Lyndon B. Johnson and Bill Clinton) did not confront a recession during their respective tenures in the White House, and every Republican president since Teddy Roosevelt has suffered one during his first term.

Since the Great Depression, the United States has actually experienced a recession about every four years. Some periods, for example, during World War II and the Korean War, were more volatile. Other decades saw long stretches of economic stability, such as what the U.S. experienced in the 1990s.

It has now been over nine years since the last “significant decline in economic activity,” so all those pundits who have been busy predicting that a recession will take hold in the next few years are not exactly going out on a shaky limb.

Bill Gates actually believes that we’ll see another 2008-style crisis in the “near future.” George Soros sees trouble globally. At a meeting of the European Council on Foreign Relations in May, he warned that the EU isin an existential crisis that could bring down the world economy. “Everything that could go wrong has gone wrong,” the billionaire stated. Warren Buffett sees perennial angst on Wall Street and famously wrote to shareholders as far back as 1996, “If you aren’t willing to own a stock for ten years, don’t even think about owning it for ten minutes.” This is sound advice unless, of course, you’re closing in on retirement and can’t afford to lose your shirt in the next decade.

So yes, the chances of the U.S. suffering another recession could likely be 100 percent. A financial downturn hitting in the next few years is also a statistical likelihood. Whether it comes via a market meltdown, a housing bust, or a debt bomb—and lasts eight months, a year, or three years—is indeterminable. What’s also unknown is how our personal savings and retirement accounts will fare. Will our 401(k)s take a hit? Will our home values plummet? Will our incomes be compromised?

Uncertainty is an unpleasant situation. While we don’t know the beginning or the end dates, the duration, or the depth of the next financial crisis—we do know enough. One does not have to be Hayek or Buffett to understand the nature of the beast and realize that the time to manage financial risk and market exposure is right now.