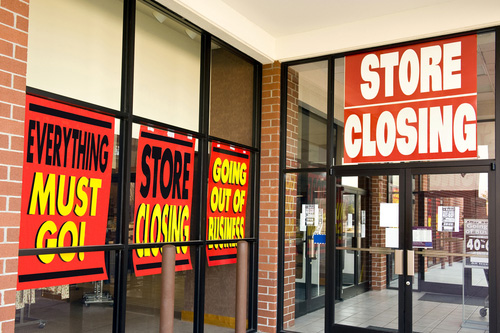 Sears is Bankrupt. Now What?

There was a time when Sears, Roebuck and Company was as ingrained in the American psyche as baseball, pickup trucks, and fireworks. It was where many U.S. consumers went to get a washer and dryer, a new bicycle, work jeans—or, as Billy Joel said in his 1977 song “Scenes from an Italian Restaurant,” “a couple of paintings” for the house or apartment.

What started as a mail-order watch company in the late 1880s had a successful IPO in 1906 handled by none other than Goldman, Sachs & Co. Sears was the first American and consumer retail firm to go public. It also debuted a state-of-the-art logistics center in Chicago that Henry Ford dubbed “the seventh wonder of the business world.”

Sears was a dominant consumer spending force. In 1945, sales topped an astonishing $1 billion. In 1953, Sears issued its own credit card—and in 1968, with Sears by then the largest retailer in the world, the Sears Christmas catalog became the “wish book” for the majority of American children.

Sears made historic acquisitions and spin-offs as well. In 1920, Sears bought Encyclopedia Britannica. In 1931, the retail giant founded Allstate Insurance. Sears went on to launch Discover Card in 1985 and developed their own Kenmore, Craftsman, and DieHard brands. Capitalizing on suburban sprawl, Sears would open brick-and-mortar stores across America and serve as the anchor to countless shopping malls, ultimately expanding into both Canada and Mexico.

With a business model that offered reasonably priced household items for rural consumers delivered directly to their homes and farms, Sears quickly grew into a mass merchandising empire that capitalized on a breakthrough distribution model that would forever change the retail industry.

If that sounds familiar, it should. Sears was a forerunner to Amazon and all of today’s online merchandisers that now feed into the American obsession for “shop in place” home delivery. All of them owe a debt of gratitude to the pioneering spirit of Sears—the first retailer to make household goods a visual art form and mail-order selling a distribution masterwork.

It is against this historic backdrop that Sears Holdings has filed for bankruptcy. It’s not just the end of an era but the conclusion of a 130-year-old American story. The Sears catalog was shipped to American troops during World Wars I and II to give them a taste of home. And it was the Sears catalog Franklin Roosevelt wanted to send to the Soviets to give them a taste of capitalism.

Sears was the master of mass merchandising throughout much of the 20th century, while its catalog was a chronology of American culture and a biography of the American family. The interminable Sears catalog guided us through World wars, depressions, Prohibition, the Holocaust, social unrest, the Cold War, terror, and recessions. It chronicled the arrival of Mickey Mouse, Babe Ruth, color TV, moon landings, disco, Star Wars, Pac-Man, and the tech revolution.

The catalog was an overly large book that often doubled as a booster seat or a doorstop and ultimately became known as the “consumer bible.” For many of us, it was the “mother of all catalogs,” whose carefully folded pages marked the Lionel Train set, three-speed bike, Holly Hobbie item, or Hot Wheels that we most desired.

As Sears closes stores, lays off employees, liquidates assets, and shuts down operations, we are reminded that the winds of fortune are ever-shifting. Its demise is a lesson in planning, preparation, and never being too comfortable. It is also a nod to the very credible threat of time and change. The American shopping mall is now in the fight of its life—and will have to solider forward without the familiar and oddly comforting blue Sears marquee.

In response to the bankruptcy news on Monday, President Trump said, “It’s a shame. Sears Roebuck—when I was growing up—was a big deal.”

It was for all of us.