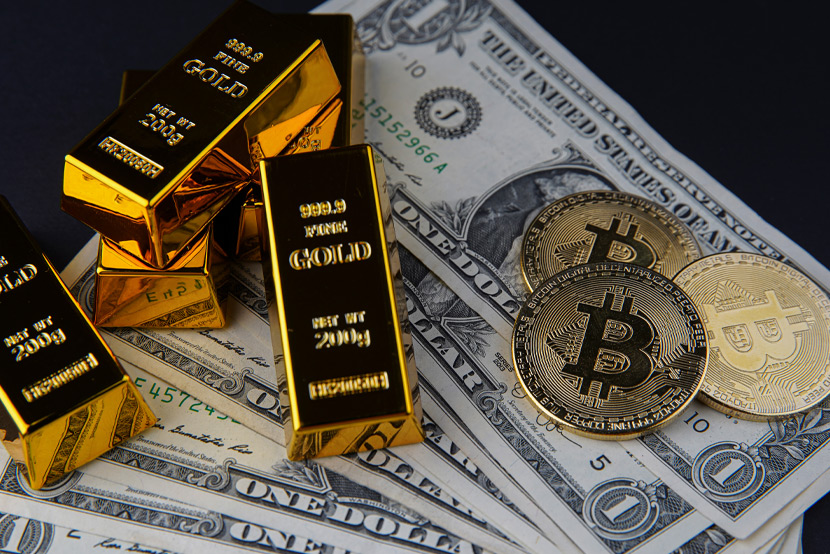 How Gold Stacks Up Against Other Assets

Gold holds a special place in a portfolio—one that cannot be replaced by other major assets. Recently I looked at three asset classes which are frequently in the news and compared them to gold. By doing this, we can see how gold inhabits a unique niche in a portfolio, and is often able to hedge against the potential weaknesses of other assets.

The dollar and dollar-based assets like bonds are seen as stable but relatively low-growth assets over the long term, mainly prized for liquidity and safety. Lately, however, the dollar has been facing significant pressure. On March 31, 2021, the International Monetary Fund announced that the U.S. dollar’s share of currency reserves plunged in the fourth quarter last year to its lowest level since 1995. Inflation and federal debt both could be putting pressure on the reliability and stability of the dollar.

Meanwhile, gold has historically been used as a hedge against a declining dollar to protect against inflation and is often referred to as “the currency of last resort.” While cash is considered a safe haven to a degree, when the dollar falters gold tends to see an uptick in price as individuals seek out a new safe haven.

Stocks have performed well recently, but they are not invulnerable. Stock market bubbles have occurred, and the gulf between stock performance and stock valuation concerns some experts. For example, Deutsche Bank’s chief U.S. equity strategist, Bankim Chadha, expects a “significant pullback” of up to 10% in the S&P 500 over the next three months, saying there is little room for additional growth in the market. Events like the Archegos meltdown continue to show vulnerabilities in the stock market system.

Gold could be a counterbalance to stocks in your portfolio. When the winds of turmoil drive stocks back, gold is often viewed a diversifier. Unaffected by some of the factors that impact stocks, gold can act as an outside hedge against stock performance.

Cryptocurrencies have been in the spotlight lately; they’ve become borderline trendy as an asset class. They have even been compared to gold. But while cryptocurrencies have unique benefits, this is not an accurate comparison. Cryptocurrencies saw a massive dive in price in 2017 after their bubble burst, and concerns exist of another decline in the near future.

Gold, as a tangible asset, also has a presence that Bitcoin and other cryptocurrencies can never replicate. You can hold gold you own in your hand, while Bitcoin ownership is isolated to viewing on a digital screen.

Gold can act as a strong counterbalance and hedge to the potential weaknesses of other assets like stocks, the dollar, and cryptocurrencies. The unique benefits of gold make it an irreplaceable part of your portfolio.