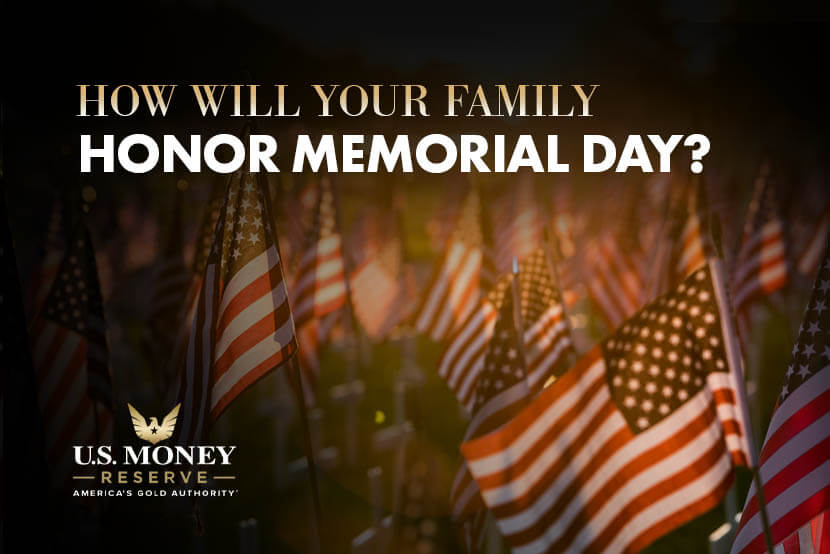 How Will Your Family Honor Memorial Day? Find Ideas Here!

Memorial Day honors our fallen military personnel. It can be a somber, difficult day for many people. But it can also be uplifting if you take the time to connect with loved ones, elevate the sacrifice that so many men and women made, and take action to show your support for our great nation. For Memorial Day 2021, consider honoring Memorial Day in one of these lasting, heartfelt ways.

To learn about the role of military veterans in the history of our country in depth, head to a history museum. Among the best places to immerse yourself in military history year-round are the National WWII Museum in New Orleans and the U.S. Naval Academy Museum in Annapolis, Maryland.

Don’t worry if you can’t make it to a museum in person. Take a quick online trip to the Museum of the American Revolution or Washington D.C’s International Spy Museum. Both offer year-round virtual museum tours and honor fallen American veterans who might otherwise be overlooked.

Many great films chronicle the heroism of members of the U.S. military. Among them are The Hurt Locker, Saving Private Ryan, Platoon, and Patton.

You can learn more about veterans from WWII and Iwo Jima in particular from two documentaries cosponsored by U.S. Money Reserve: 1st to Fight: Pacific War Marines and soon-to-be-released Return to Iwo Jima, a World War II Foundation documentary narrated by Gary Sinise.

Participate in the Wings of Gratitude Campaign

U.S. Money Reserve launched the initiative in 2020. Partners in this program are Army veteran J. R. Martinez and the nonprofit organization WISH for OUR HEROES (W4OH).

Last year, U.S. Money Reserve committed to giving a 1-oz. Iwo Jima 75th anniversary silver bullion coin to the first 10,000 military veterans or members who received a message of support. You can purchase one for yourself or as a gift through U.S. Money Reserve, too, along with a host of other patriotic coins.

The U.S. Department of Veterans Affairs (VA) welcomes volunteers at facilities it operates around the country. To get started as a VA volunteer, visit the VA website. VA facilities also accept charitable contributions if you’re unable to donate your time.

Participate in a Memorial Day Cleanup

Many community cemeteries lack the resources to perform regular maintenance. If you’re aware of a community cemetery in your area where veterans are buried, consider pitching in to rake leaves, mow the grass, clean headstones, and perform other beautification tasks.

While you’re there, consider leaving a coin on the gravestone of a military veteran.

Eventually these coins are collected, and the money is put toward gravesite burial and maintenance expenses, adds American Military News.

Pay Tribute Throughout the Year

Millions of Americans visit veterans’ memorials over Memorial Day weekend. But you can honor veterans throughout the year by paying your respects at these same memorials. These include monuments like the Lone Sailor Statue at Pearl Harbor; the Tomb of the Unknown Soldier, Marine Corps Memorial, and Air Force Memorial in Arlington, VA; and the National World War II Memorial, Korean War Veterans Memorial, and Vietnam Veterans Memorial in Washington, D.C. You also can honor veterans by visiting various local memorials near you.

Sending positive messages of thanks helps our soldiers and veterans feel appreciated and remembered for their service. Get your family involved and send a note through U.S. Money Reserve’s Wings of Gratitude project today.