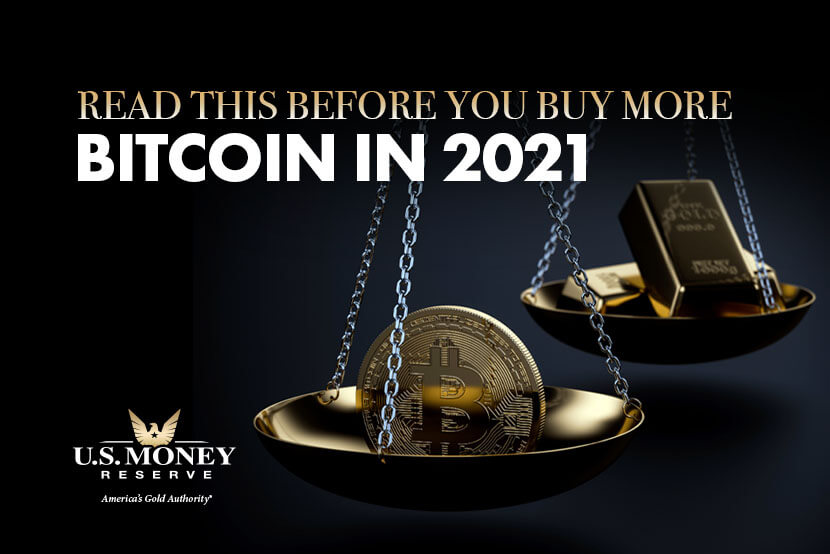 Read This Before You Buy More Bitcoin in 2021

Many savvy market watchers are asking themselves whether they should buy Bitcoin this year. Bitcoin surged to a record high on January 6, 2021, only two days after its biggest single-day drop in months. Learn what might be fueling this ascent and what you should consider before padding more of your portfolio with Bitcoin.

Why Is the Price of Bitcoin Going Up?

Bitcoin, a form of digital money known as cryptocurrency, has been on a roll. But why? The CoinDesk website cites three reasons for Bitcoin’s recent bounce:

The decision about whether to purchase more Bitcoin this year depends largely on your tolerance for risk.

As CoinDesk points out, Bitcoin continues to be a highly volatile asset class. Its price has fallen at least 25% each year since 2013 from a high point reached earlier in that year. Wild swings in the price of Bitcoin are common.

How wild? Wild enough to warrant a public warning from Britain’s Financial Conduct Authority and an outright ban of derivatives and ETNs linked to cryptocurrencies.

“Irrespective of what you think the future for cryptocurrencies might be,” adds Laith Khalaf, a financial analyst at AJ Bell, “there’s no denying that they are highly volatile and therefore sit at the precarious end of the risk spectrum. Products that are linked to cryptocurrencies might also be complex and hard to understand, further muddying the waters.”

However, some folks may prefer a less volatile means of acquiring alternative assets or may want to diversify their holdings. That’s where gold and other precious metals can come in. Here are some of the advantages of precious metals:

That’s not to say Bitcoin isn’t worth exploring. As U.S. News & World Report points out, Bitcoin can be a hedge against inflation and geopolitical uncertainty. Yet it could be wise for an owner of Bitcoin to consider shifting at least some of their crypto-profits to a physical hedge like gold and other precious metals to diversify their portfolio. In fact, U.S. Money Reserve enables you to buy precious metals with Bitcoin funds.

Also, gold and other precious metals can be put into a Self-Directed Precious Metals IRA, enabling you to save for retirement. U.S. Money Reserve can help you transfer your Bitcoin into U.S. dollars to contribute to an IRA that holds precious metals, too.

Are you looking to offload some of your Bitcoin into something you can hold? Looking to increase portfolio diversification? Put your Bitcoin profits to work for you. Download your free gold IRA kit and call today to speak with one of our knowledgeable Account Executives.