Why Do Central Banks Buy Gold? 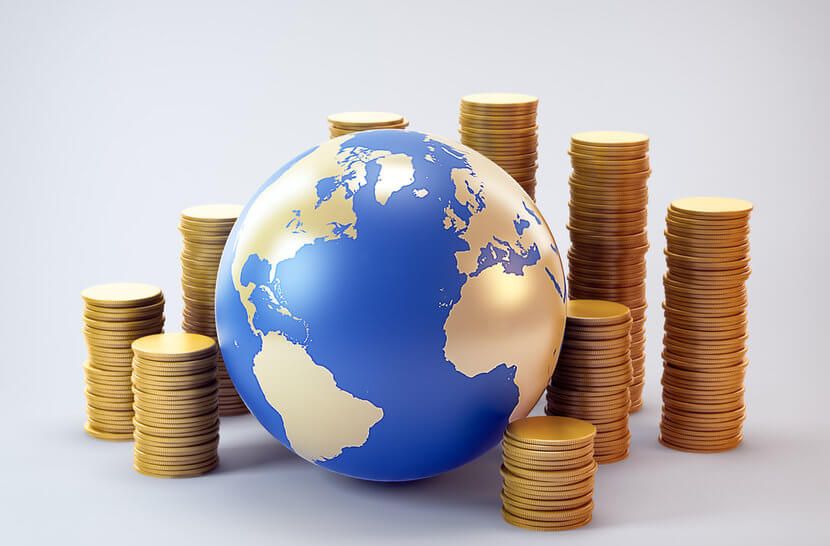 Central banks around the world have been quietly buying gold for nearly a decade, reports the Official Monetary and Financial Institutions Forum (OMFIF), and have been net buyers every year since 2008. Their demand for gold jumped from less than two percent of total world demand in 2010, to 14 percent in 2014, adds the World Gold Council (WGC).

Now, “around 20 percent of all the gold ever mined is held by central banks and governments, with the biggest official holdings at the U.S. Treasury,” writes MarketWatch.

Central banks clearly have a growing appreciation for physical gold, but why? And for how much longer will there be enough gold to go around? Follow along to find out and learn how you can apply the same principles to your financial portfolio.

A central bank manages a country's money supply and is responsible for promoting the stability of a nation's financial and economic system. They oversee the commercial banking system, print the national currency, and wield the power to increase or decrease the amount of paper money that's fed into a country's economy.

One of the primary responsibilities of central banks is to promote the stability of a country's financial system. To do so, they take various measures to ensure that a nation's economy doesn't go topsy-turvy when markets go awry.

One of these preventative measures is diversification, a risk-reduction tactic that involves building a portfolio made up of a healthy mix of assets that move in different ways. Should one asset weaken, the others can remain strong, and vice versa.

By diversifying their reserves with gold, central banks can be better poised to support their nation's economic institutions during tumultuous times. The drivers behind gold supply and demand are largely independent of, and sometimes opposed to other traditional reserve assets (like currencies, securities, and bonds), making physical gold an effective diversifier for central bank portfolios.

You, too, can take advantage of the same type of asset diversification strategy as a country's bank. It doesn't have to be complicated or costly to get started. Just think about diversification like preparing a healthy dinner: the more food groups and colors on your plate, the more nutrients you're consuming, the healthier you're becoming, and the lower your risk for health problems. The wider the variety of assets in your portfolio, including gold, the stronger and healthier your portfolio can be!

#2: They buy gold to hedge against a sagging dollar

Central banks also buy gold to further diversify away from the U.S. dollar and dollar-denominated assets in particular, since gold historically has a negative correlation to the dollar, notes the WGC.

This trait makes gold an effective hedge against future dollar weakness, a real likelihood under President Donald Trump. In January, the dollar dropped “to its lowest level in a month” after Trump merely suggested that he favored a weaker dollar.

In April, the president again moved markets when he cautioned that the dollar “is getting too strong.” After the fact, his “words resulted in a sharp decline in the value of the dollar versus foreign currencies,” reports USA Today.

By diversifying away from the U.S. dollar, central bank holdings are less likely to be weakened by dips in the currency that could threaten their ability to support a nation's economy.

Those same dips in the dollar could threaten your savings and retirement, too, making it harder for you to sustain your lifestyle and meet your future financial needs. Like central banks, you can use gold to diversify away from dollar assets and better protect the lifestyle you love, the wealth you've worked so hard to build, and even your retirement dreams.

#3: They buy gold as an inflation hedge

Central banks are engaged in a bit of a balancing act. On one hand, they can stimulate the economy to encourage growth. On the other, they can overstimulate an economy and trigger runaway inflation—just look at the currency crisis in India and Venezuela.

Central banks have to protect themselves from the unknown, too. A lot can change by the time monetary policy trickles down through the economy and into people's everyday lives, and the result can surprise the central bank as much as anyone else.

So, central banks buy gold as a means of protecting themselves and their currency's purchasing power in the event of inflation, notes Marketplace, inflation the bank may have prompted in the first place.

In its 2017 Outlook, financial consulting firm Charles Schwab moved inflation to its “front burner” list of concerns and pushed deflation to the “back burner.” Similarly, Federal Reserve meeting minutes released in January reveal that policymakers agree—inflation is a real risk under Trump's plans for fiscal stimulus.

Are some central banks increasing their gold reserves because they fear a detrimental level of inflation? And what could that inflation mean for your portfolio, even your monthly income and expenses? “A small allocation to precious metals could protect the purchasing power of your savings and insure your overall wealth,” advises Kiplinger. 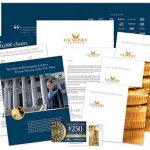 “There is plenty of evidence to support a ‘follow the central bankers' theory when it comes to gold,” writes business journalist Tim Treadgold. While your personal portfolio may not be as massive as a central bank's, it's just as important. Sign up to receive U.S. Money Reserve's free Gold Information Kit to learn more about building a healthier financial future through diversification today!

#4: They buy gold because they're uncertain

“If central banks really had confidence in themselves, i.e. paper money, they would get rid of all the gold in their vaults, sell it all off at high prices and put the proceeds into dollars, euros, yen or what have you. Instead they're clinging onto [gold] as something to hold on to if things really go down the drain,” says David Marsh, a researcher with the OMFIF.

Instead, the world's central banks are currently engaged in the longest gold-buying spree since the post-WWII economic recovery between 1950-65, reports the OMFIF. The exact catalysts remain unclear, as does the duration of the buying spree. There's no telling how much the banks could purchase in 2017, given the financial and political uncertainties facing the international economy today.

There could come a time when everyone wants to convert their paper money into physical gold. Will there be enough gold to go around? What could central banks be preparing for that you might not know about? Unbridled inflation? A red-hot stock market that's getting ready to burn? Call 1-844-307-1589 to learn more about how gold coins and bars can help you weather the unknown.