The Case for Buying Gold, Despite Market Conditions- Part II 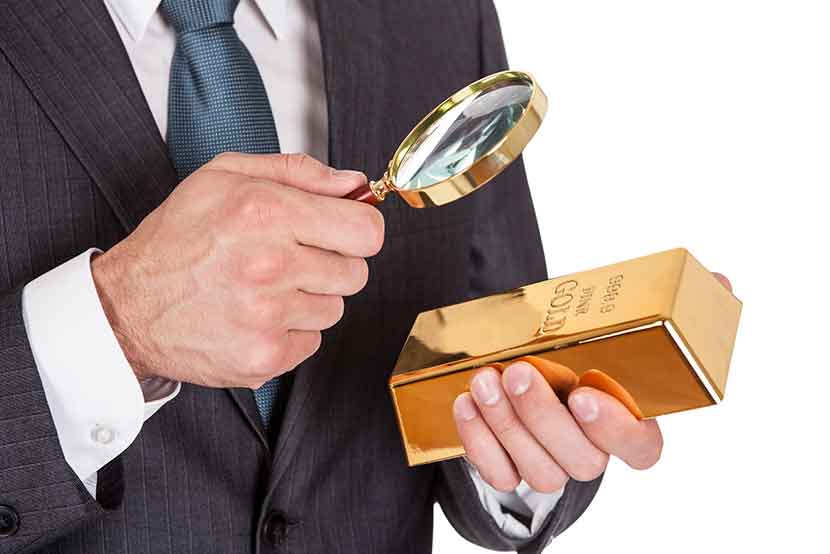 I concluded my last post by describing how the world’s largest purveyor of paper gold, SPDR Gold, sold more paper gold between December 2012 and June 2013 than it had accumulated over the previous four years. In fact, SPDR Gold sold more paper gold in those seven months than the physical gold held in all but the world’s 13 largest central bank reserves. Still, gold held its own until mid-April thanks to demand in India and China that was so strong that physical gold shortages began to appear in Asian markets.

As I said at the conclusion of that post, this raises a lot of questions.

But answers are hard to come by because, like the mortgage-backed securities (MBSs) that triggered the 2008 financial crisis, almost everything worth knowing about gold ETFs is unknowable to outsiders. Their reporting is so thin and their operations so complex that few people have a view of what’s going on inside the ETF black box.

I think one of the best books about the financial crash of 2008 is “The Big Short” by Michael Lewis. “The Big Short” tells the story of how a few very savvy speculators bet against MBSs and profited quickly and immensely from the implosion of the U.S. housing market. The housing collapse threatened some of the world’s largest banks, indeed the entire global financial system, until American taxpayers were forced to bail the lot of them out.

Here’s why “The Big Short” is relevant to this discussion. Like the market for paper gold, the MBS market was a black box into which only a few people had visibility. In late 2007 and into 2008, the U.S. housing market and the MBS house of cards Wall Street had built was set to collapse, and these people were in a unique position to see it coming, even help it on its way, and profit from the destruction. In fact, some of the big investment banks continued to tout MBSs to their customers while quietly selling the MBSs they held in their own accounts.

I’m not prone to conspiracy theories, but if you doubt that complex financial markets are subject to manipulation like this, I urge you to read up on Forex, Libor, ISDAfix, or any of the other recent financial market scandals affecting untold trillions of dollars in trading of just about any kind of investment you can think of.  It seems like a new one comes to light every month or so now.

Going into the spring of 2013, several forces combined to set the stage for a major correction in gold prices: early signs that the world economy might be strengthening; dormant inflation (so far at least) despite predictions that the Fed’s loose money policies would ignite inflation; and constant talking-head chatter about the imminent demise of gold’s decade-long bull run.  Gold was primed for a fall.

The catalyst came in April when reports began to circulate that Cyprus would sell its gold reserves to deal with its severe financial crisis. Gold reserves of the Cyprus central bank are only 13.9 tons, less than one tenth of one percent of all gold held by the world’s central banks, so the effect on markets was likely to be limited. But then, like the smell of smoke in a crowded theater, rumors spread that other European central banks would follow Cyprus. The central banks of Germany, Italy, France, the Netherlands and Portugal, alone, hold some 9,300 tons of gold, 664 times Cyprus’s gold reserves. In the wake of these rumors, gold immediately dropped $200 an ounce.

Speculators who for months had been placing bets against gold won big. And they were doubly fortunate. As I mentioned above, through the winter and spring of 2013, physical gold buyers in Asia and India were buying gold like gangbusters, providing strong support to gold prices against selling by ETFs.  If strong demand for physical gold prevented the expected decline in gold prices, the traders who had made big bets against gold would be very big losers. Who had placed those bets? Some of the same too-big-to-fail banks you and I bailed out four short years ago.

The rumors of European central bank gold-selling were a gift from heaven for these banks (or the other place if you had bet on gold). The banks and speculators who bet against gold looked very smart.

It’s worth noting here that the reports that Cyprus was preparing to sell some of its gold proved to be accurate. The far more destructive rumors that other European central banks would follow Cyprus’s lead were baseless.

Under these circumstances, it didn’t take much to send gold tumbling–just a few big, well-time sale orders would do the trick. That’s exactly what happened. Then those computer algorithms launched a series of sell orders that hammered gold prices. But continuing, strong demand in India and China provided a floor for gold after its $200 drop, and prices stabilized around $1400 an ounce for two months.

Then the other shoe dropped. I’ll discuss that in my next post.