PUBLIC LIVES: Sharing a Nation’s History and Culture, a Coin at a Time

Home » Company News » PUBLIC LIVES: Sharing a Nation’s History and Culture, a Coin at a Time 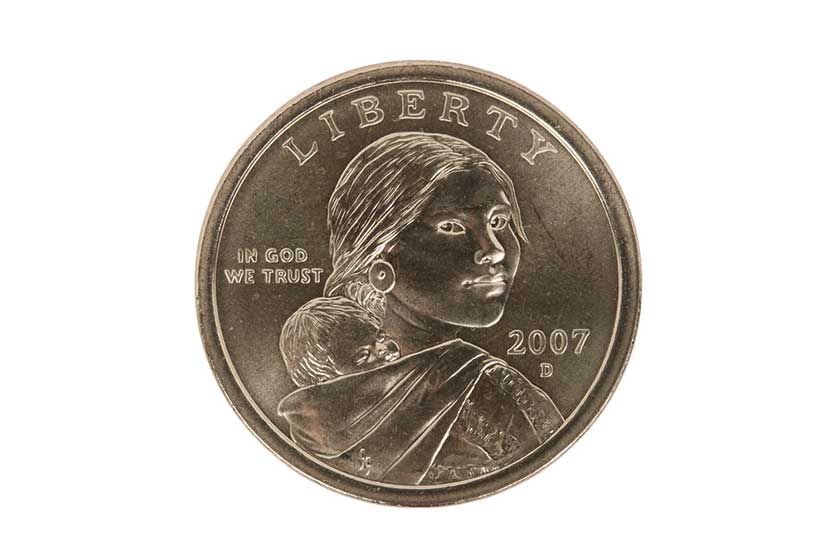 [vc_row][vc_column][vc_column_text]THE golden coin's message is as revolutionary as this city gets these days: Put aside revered dead presidents and contemplate Sacagawea, the Shoshone woman who courageously guided Lewis and Clark in the 19th-century expedition that redefined America.

In the clever marketing hands of the United States Mint's director, Philip N. Diehl, a popular demand for Sacagawea's handsome image on the distinctive new dollar coin is suddenly sweeping the nation. After only a month of test circulation, Americans are searching out the coin, clearly moving beyond their distaste for the Susan B. Anthony dollar, a widespread failure two decades ago in its confusing similarity to the quarter.

The demand for the new gold-colored dollar coin — deliberately smooth-edged and wide-bordered to identify by touch — is so great that production has already been doubled to 200 million coins in this first month. The Mint is preparing to have one billion new coins in circulation by the end of the year, phenomenally surpassing the Susan B. Anthony dollar, which took 21 years to reach 900 million.

”We thought going in that the Golden Dollar was a tough sell,” said Mr. Diehl, an ebullient impresario for his new star, Sacagawea. Now banks that once were wary are demanding daily shipments from Mr. Diehl. Customers are besieging the few retail outlets like Wal-Mart that had the foresight to stock the coins.

”So now we're in the ironic situation where people want this coin so badly — but they want to hold it, not spend it,” said the Mint director, a 48-year-old Texan whose marketing flights of fancy journey well beyond wordplay when he talks of the power of change in America. Pocket change, yes, but cultural change, above all.

This became Mr. Diehl's mantra in his big success with the start last year of the 10-year project to mint quarters honoring each of the 50 states. ”Coinage has been around for 3,000 years,” he said, regretting that in the United States a coin's commercial purpose had far overwhelmed its parallel societal use: ”the inclusion of our storytelling and values, of the culture of the country that produces the coins.”

This storytelling faded in the last century as coinage decisions remained conservative and dead presidents predominated. But the cultural component seems well resurrected now with the Sacagawea dollar and the buzz of nationwide design competitions for the new quarters, minted at the rate of five new designs a year.

Mr. Diehl shepherded these developments with careful focus-group marketing research and advertising campaigns like the $40 million blitz coming next month. This is designed to convince Americans that the Sacagawea dollar is eminently spendable. ”They've been disappearing instantaneously,” he happily noted. ”We've got to get the people to let go of them.”

In his six years at the Mint, Mr. Diehl has learned all sorts of surprising things, including what makes coin collectors tick: an affection for history far more than investment profit. ”I never collected anything as a kid,” he said of his boyhood in Lubbock, Tex.

He still does not collect much beyond the varieties of berries he painstakingly cultivates in his backyard garden. He lives in Chevy Chase, Md., with his wife, Jacquita, an executive with MCI WorldCom Communications, and their sons, Michael, 16, and Alex, 13.

”There used to be maybe 2 million coin collectors, but the new quarters have seen 112 million more Americans collecting,” Mr. Diehl noted with some pride. The nation's annual demand for quarters has jumped to 7.6 billion from 2 billion for the state versions as collectors seek both the Denver and Philadelphia mintings. This increased interest, plus modern Internet marketing methods, has seen the Mint's profits increase sixfold in three years to an estimated $2.7 billion this year.

Yes, profits. Each 25-cent piece costs 4 cents to mint, Mr. Diehl notes, while the dollar coin, an alloy of manganese, brass and copper, costs 12 cents. The Mint reaps the difference and deposits it in the Treasury's general fund as a ”dividend for taxpayers,” in the business-minded jargon of the director.

HE came here nine years ago, Mr. Diehl relates, to work as a progressive, Sam Rayburn-Franklin D. Roosevelt Democrat, inspired by the civil rights struggles of the 1960's. Mr. Diehl says he was guided by his lone Democratic uncle, Woodrow Wilson Diehl, who showed him how to push out against his small-town, rock-ribbed Republican environment. He became chief of staff for Lloyd Bentsen, the Texas senator who later became secretary of the Treasury.

A political science graduate of Austin College in Sherman, Tex., Mr. Diehl was reluctant when Mr. Bentsen suggested the Mint job with its passive bureaucratic image that seemed devoid of the policy making he craved. But he came to love it as an inviting place to try entrepreneurial innovation in public service. ”I discovered this job was a diamond in the rough,” said Mr. Diehl, who is reviewing private and public sector job offers as his term expires with the Clinton presidency.

”Sacagawea was the ultimate dark horse candidate,” Mr. Diehl says, recounting the difficult, arcane politics of coinage. After much reluctance, Congress, a body jealous about its currency prerogatives, finally approved another attempt at a dollar coin. A coin's main selling point is a 30-year life span versus the paper dollar's 14-month span.

A design competition requiring a woman from history winnowed down 121 possibilities as Mr. Diehl made sure to have his customers, the citizenry, studied in focus groups on the Internet. Sacagawea was carried along in part on the strength of Stephen E. Ambrose's popular new writings about Lewis and Clark, said Mr. Diehl, delighted at all this freshly minted storytelling.

”She offered us a degree of artistic license, too,” he noted, because there were no historic depictions of her. Designers, he said, made sure to right an old wrong in which Indians on past coins often had European features. ”So her selection carried an echo of our numismatic past,” said the Mint director, sounding thoroughly delighted at the quality of change lately.