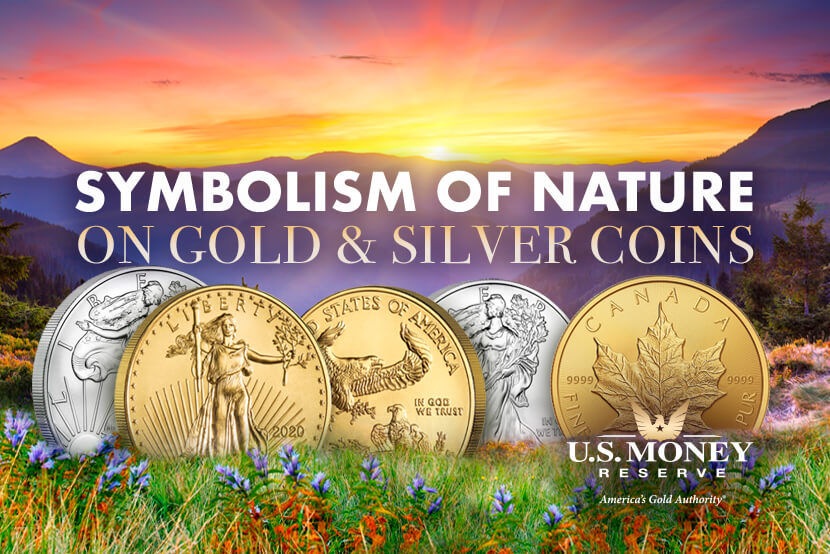 From portraits of historical figures to regal depictions of animals, the images etched on North American coinage display the nation’s history and natural beauty. Move your coin knowledge from the forest floor to the canopy and learn about the symbolism of natural elements on gold and silver coins.

The History of Coin Symbolism

It is believed that the very first coin was minted in 600 BCE by the Lydians. Emblazoned on the front of this coin was a unique lion with a “wart nose.” Even though the lion wasn’t a native creature to the Kingdom of Lydia, the big cat was viewed by the culture as a symbol of power. That is why the royal emblem of Lydia’s king was a roaring lion with a “wart nose.” Since the release of the Lydian Lion coin, rulers have placed themselves, their cultural symbols, and even their gods on currency.

Almost 2,000 years after the first known coin was made, a German book was published called the Emblemata. Over the span of a century, this book grew to include more than 200 symbols commonly found on coins. The only problem, however, was that the book only included emblem descriptions and meanings. It did not include pictures of coin designs, so multiple authors ended up writing reinterpretations of the same coin.

There have since been many other emblem books written. With so many variations, it’s difficult to tell what certain images on a coin might mean, but some symbols and their meanings have lasted through the centuries. Even when America’s Founding Fathers set out to design the national seal, they referred to these timeless designs and their symbolism.

Take a look at the National Seal of the United States. Every inch was designed with intention and care. From the 13 stars 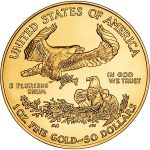 to the branch in the eagle’s talons, each part of the seal was crafted to convey our nation’s beliefs.

In 1807, there was a slight modification to the seal. Originally, the eagle carried the olive branch in its left talon and arrows in the right. The olive branch was known throughout Europe to represent peaceful intentions, and arrows symbolized war.

What may have escaped the seal’s original designer, however, is that placing an item in the right hand symbolizes a dominating mentality. Placing arrows into the eagle’s right talon essentially told the world that the United States preferred war over peace. Now, as seen on the Golden American Eagle coin, the eagle carries the olive branch in its right talon to represent our country’s preference for peace.

There are depictions of trees, plants, and leaves in volumes of books about emblems. An oak leaf, like the lion, represents 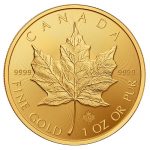 power, and a clover symbolizes luck. There are many plant symbols that carry meaning, except the maple leaf. Strangely enough, that’s the reason why Canada selected a maple leaf as its national symbol.

In the early 1960s, Canadians, who were still living under the British flag, were beginning to feel like they needed their own identity. The challenge that faced Canadian Prime Minister Lester B. Pearson was to propose a symbol that represented both the British and the French populations of Canada. After many failed attempts and reviewing more than 2,000 designs submitted by the public, the Parliament voted for a design that represented neither group.

The Canadian maple leaf on this coin pays homage to neither French nor English culture. Instead, the idea for using the maple leaf came from something purely Canadian—their currency. The maple leaf was stamped on every Canadian coin between 1875 and 1901, notes Storey's Digital Editors, and remained on the Canadian penny until its discontinuation in 2012.

Speaking of designs that break the mold, the Silver Denali coin is in a league of its own. Many countries place national 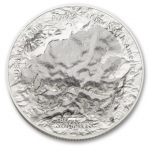 landmarks on their currency as a form of pride in the beautiful and exciting places located within their borders. These landmarks are typically illustrations etched into the reverse of a coin.

On the Silver Denali coin, however, there is an actual topographical representation of the highest peak in North America. This design style was featured in the “7 Summits” coin series, which brought to life the highest mountain on each of the seven continents, all in exceptional detail.

Remember the “wart nose” lion from the Kingdom of Lydia? That hairy wart is actually a crudely drawn rising sun. 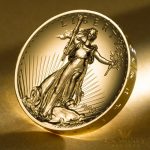 Sunbeams have long framed the main feature of a coin’s design.

A sun and sunbeams symbolize new beginnings, hope, and guidance. Both the aesthetics and meaning behind the sun rays in this Double Eagle Gold coin make it one of the most stunning U.S. coins ever minted.

Buying gold and silver coins might be the only time sunbeams and branches can help you secure a more strategic financial future! Shop with U.S. Money Reserve online or over the phone to build your portfolio of precious metals from the ground up.