Silver Production in Mexico: Did You Know? 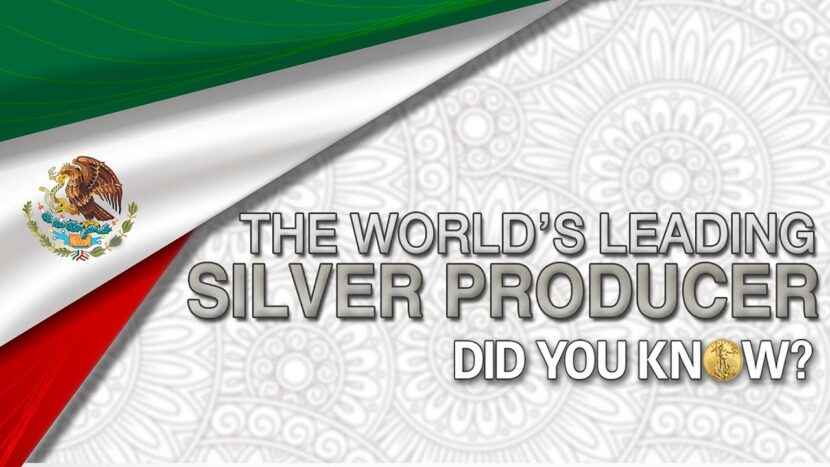 Silver production in Mexico has been thriving from colonial times to today. Mexico is a leading producer of silver today, particularly in the state of Zacatecas. If you’re interested in learning more, watch this episode of U.S. Money Reserve’s “Did You Know?”

Silver Production in Mexico: Did You Know? – Video Transcription

Mexico has long played an important role in global silver production. In 2019, 27,000 tons of silver were produced around the world, with Mexico, Peru, and China accounting for more than 50% of the total supply. Mexico is the leading producer of silver globally, producing around 6,300 metric, tons of silver in 2019. Within Mexico, the state of Zacatecas produces more silver than any other state, mining around 46.5% of the nationwide total. Zacatecas is also home to the largest silver mine in the world by reserve, Penasquito. The mine is expected to hold around 911.8 million ounces of silver. Another important silver related location in Mexico is the city of Taxco, which is considered to be the center for silversmiths and silver working in Mexico. Silver mining in this town dates back to pre-colonial times, with natives using silver stones for religious and decorative purposes. Silver mining in Mexico continued to play an important role in the worldwide silver trade throughout colonial times. Spain and other European countries discovered vast silver reserves throughout the Mexican region. Back when Mexico was part of and known as new Spain, it accounted for nearly a third of all mined silver globally. Despite Mexico’s expansive history with silver, new silver deposits are constantly being discovered and mined. Call the number on your screen or click the link below. If you’d like to learn more about silver’s place in our history and silver’s place in your portfolio.