Leprechauns and Gold: Did You Know? 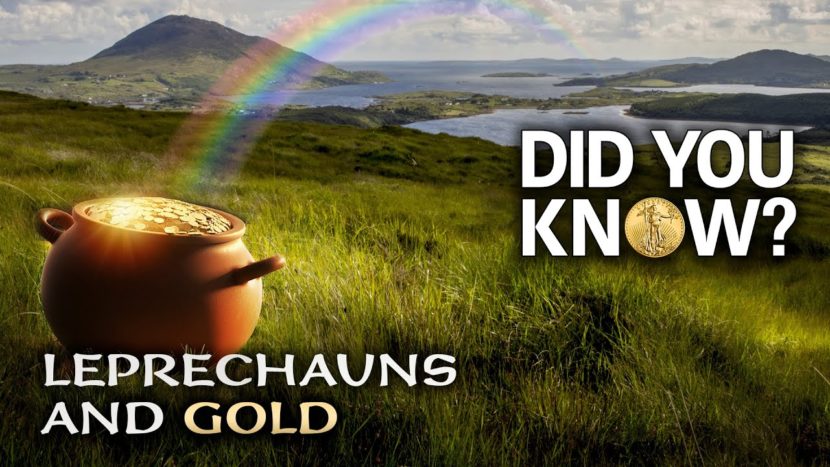 Leprechauns did not always have the iconic look they are known for today. These green garbed imps went under years of evolution before becoming today’s gold loving mischief makers. If you’re interested in learning more, watch this episode of U.S. Money Reserve’s “Did You Know?”

Leprechauns and Gold: Did You Know? – Video Transcription

The tale of the leprechaun originated in Ireland during the middle ages. The leprechaun is a type of sprite or supernatural entity, an Irish folklore. These mythical tricksters are often associated with riches and gold. Some believe that leprechauns originated from the Aos Si, a supernatural race in Irish mythology. The Aos Si were small and comparable to that of elves or fairies. Legends state that leprechauns spend their time making and mending shoes while watching over their pots of gold. According to Irish legend, you’ll know when a leprechaun is near if you hear the tapping of their cobbling hammer on shoes. It said that leprechauns like to hoard gold coins and hide them at the end of a rainbow. If captured by a human, they are said to grant three wishes in exchange for their freedom. In modern times, these mythical creatures are often depicted as mischievous little bearded men, but they didn’t always look that way. Prior to the 21st century, these legendary creatures were often depicted in red garb. Leprechauns evolved in medieval literature throughout time. Today, they’re often shown in green garb and tall hats, often with shamrocks. You don’t have to catch a leprechaun to get some gold in your hands. Call the number on your screen if you’d like to learn more about gold’s place in history and gold’s place in your portfolio.