How Far Will Yields Fall? 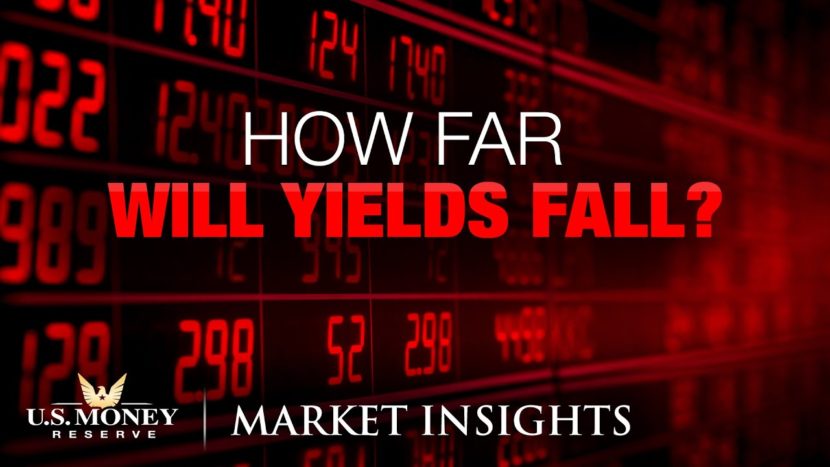 In a series of surprise moves, the Federal Reserve has cut interest rates for the first time since the 2008 financial crisis, slashing its rates to near-zero to help fight against an economic slowdown. Meanwhile, the yields for Treasury bonds have also nosedived. Learn more in this episode of USMR Market Insights with Patrick Brunson.

The Federal Reserve cut interest rates by 50 basis points on March 3rd to a range between 1% and 1.25%. This marked the first time the Federal Reserve cut interest rates during an emergency non-scheduled meeting since 2008, during the financial crisis. These rate cuts are meant to boost the economy after a series of dramatic stock market drops and have some analysts worried about the threat of a recession. These cuts may not be an isolated incident. They were preceeded by three rate cuts last year, each by 25 basis points. According to Forbes, many in the futures market expect further rate cuts down the line, even as soon as the Fed’s March 17th meeting. According to data from the CMEs Fed Watch tool, rates could go to zero by June. In addition, President Trump has urged the Federal Reserve to cut rates even further. The Wall Street Journal reports that falling bond yields may also indicate more rate cuts.

The yield for the 10 year treasury had a record low of 1.37% on February 25th. In the days and weeks following the yield proceeded to shrink lower and lower. Then, the 10 year bond yield dropped below 1% for the first time in history on March 3rd. Other federal bonds aren’t very much better either. On the following day, Market Watch reported the two year note rate went down to 0.58% and the 30 year bond yield slipped to 1.57%. Traditionally, bond yields fall when bond prices rise. Experts note that bond prices frequently rise during times of economic uncertainty, when people move their money into safe Haven assets. According to Market Watch, drops in treasury bond yields can be a big boost for gold, which is also seen as a safe Haven asset. So call the number on your screen to receive information on how you can get exclusive diversified portfolio packages of 5, 10 or 30 thousand. Click the link below to receive access to U.S. Money Reserve’s latest special report, 25 Reasons to Own Gold, 2020 edition. Please give us your thoughts in the comments below and share this video and make sure to subscribe to our YouTube channel so that you don’t miss a single episode of Market Insights. I’m U.S. Money Reserve’s Patrick Brunson, and thank you for watching.