Antibacterial Silver: Did You Know? 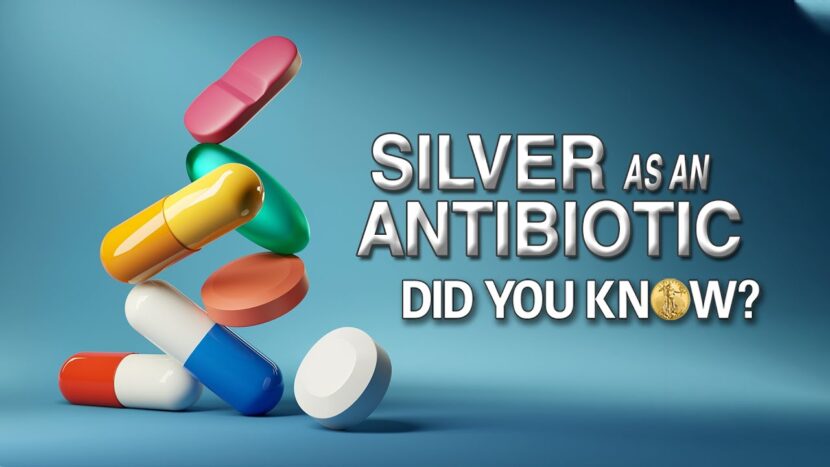 Since ancient times, one precious metal has been used for its antibacterial properties: silver. From keeping water safe to modern antibiotics, silver’s history in antibiotics has been varied and surprising. If you’re interested in learning more, watch this episode of U.S. Money Reserve’s “Did You Know?”

Silver has been used for its antibacterial properties by a variety of cultures for many centuries. Ancient Greeks and Romans used silver vessels to keep their water and other drinks fresh. In the early 18 hundreds, American pioneers placed silver coins in milk jugs to keep their milk from spoiling. Troops during World War I used Silverleaf to combat infections in their wounds. In modern era medicine. Silver has been used in a variety of forms, with one of the most popular being colloidal silver. Colloidal silver is a liquid consisting of ultra fine silver particles suspended in a solution. Before modern day antibiotics were introduced, colloidal silver was widely used in hospitals as a general purpose antibiotic. After the development of modern day antibiotics, the use of silver as a medicinal agent decreased significantly. However, researchers have begun to look at the medicinal properties of silver in recent years, in order to combat antibiotic resistant bacteria. Silver has been found to improve the effectiveness of regular antibiotics. Antibiotics boosted by even a small amount of silver have been shown to kill anywhere from 10 to 1000 times as many bacteria. Particles of silver are thought to attach to the cell membranes of bacteria, making the membrane more permeable to antibiotics. Given the promising research so far, the medical properties of silver continue to be evaluated. Call the number on your screen or click the link below if you’d like to learn more about silver’s place in our history and silver’s place in your portfolio.