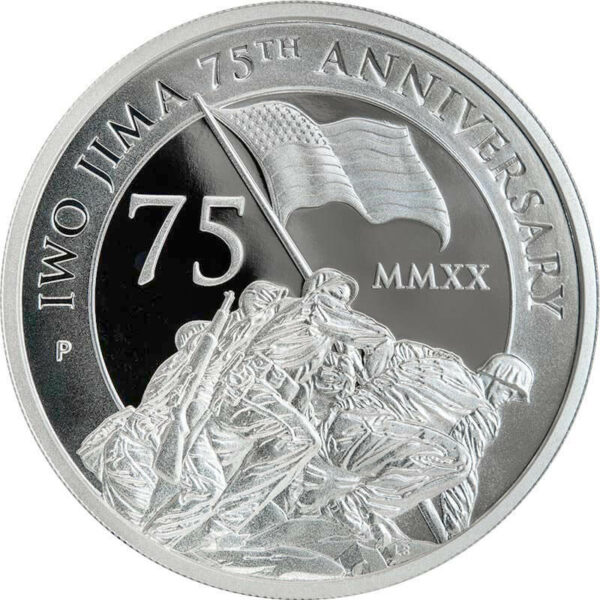 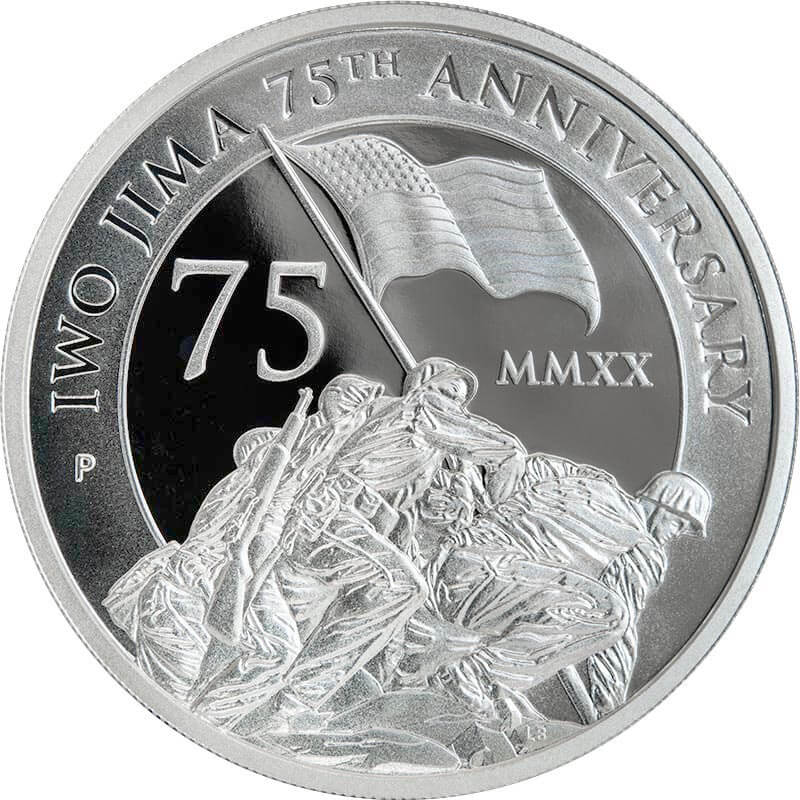 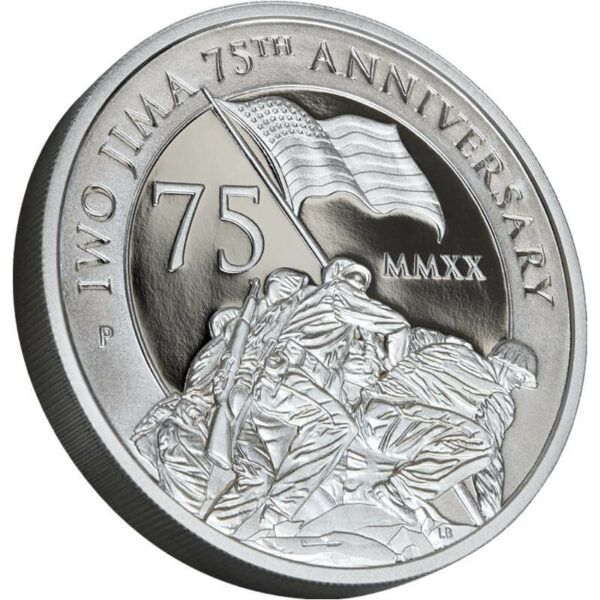 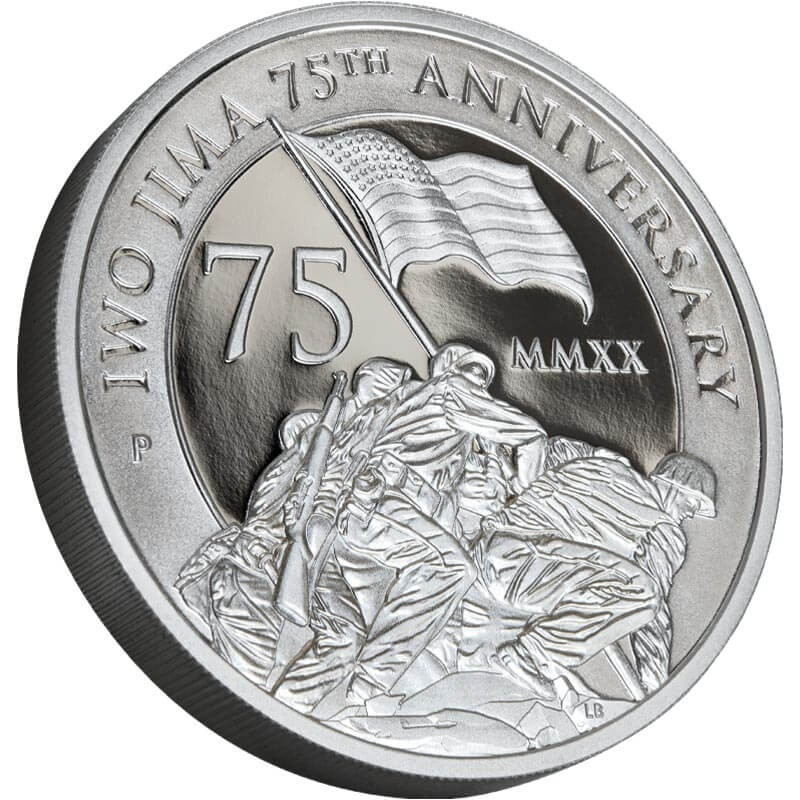 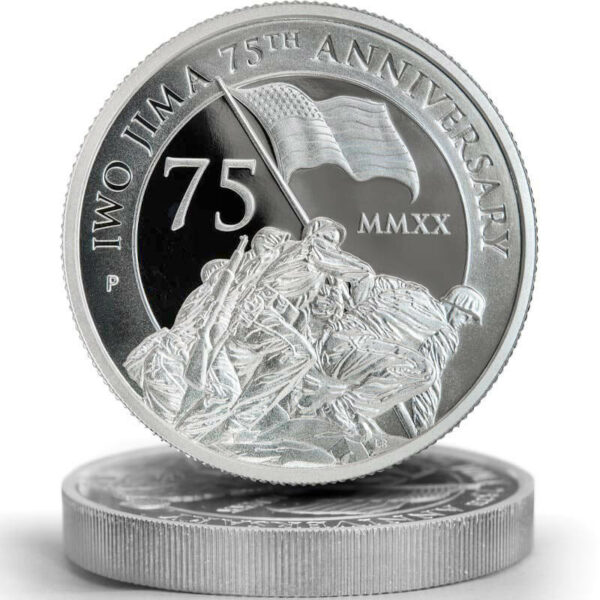 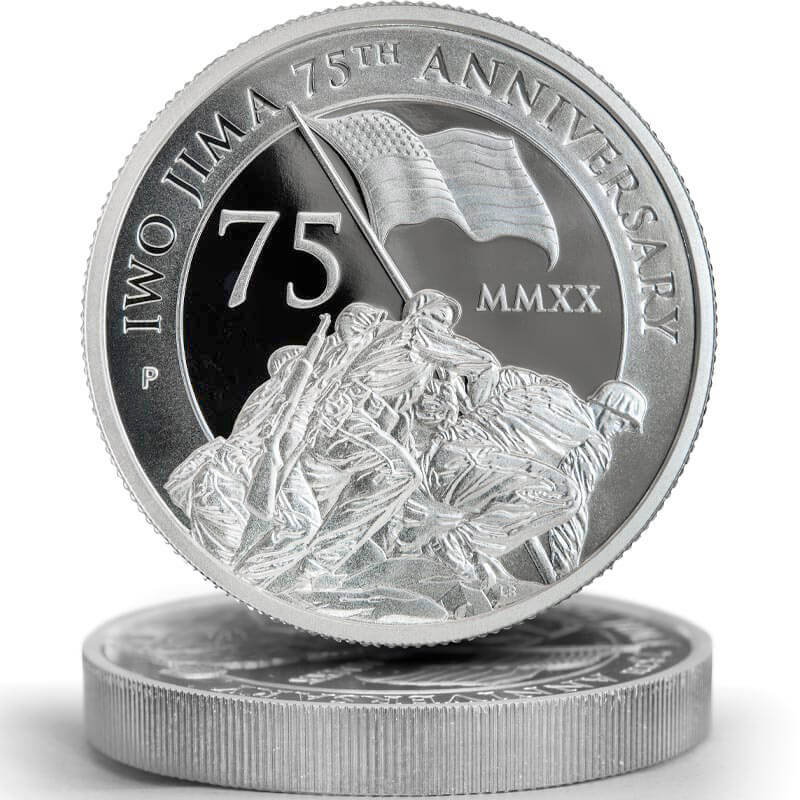 The 2 oz. Proof Silver Piedfort Iwo Jima 75th Anniversary coin pays tribute to a defining moment in world history—the Battle of Iwo Jima and the photograph that transformed a nation. It does so with a momentous design, silver content, and weight. This government-issued coin contains two ounces of .9999 pure silver and is produced in limited quantities.

Shop 2 oz. Proof Silver Piedfort coins at U.S. Money Reserve to bolster your precious metals portfolio with the power of history, pure silver, and proof-quality coinage. Piedfort coins are a unique type of coin. They have roots dating back to 13th-century France and are struck with double the thickness of a regular coin. Piedfort coins are not as common as Silver American Eagle proof coins or most other silver bullion coins, which is one reason silver shoppers might favor them.

Two timelines converge when you hold a Proof Silver Piedfort Iwo Jima coin in your portfolio. The first is that of piedfort coins.

Piedfort (pronounced pee-ay-fore in French) coins originated in France and Britain during the Middle Ages, with the first documented piedforts surfacing in France in the 12th century. “Piedfort” comes from the French word pied-fort or piefort, which mean “heavy weight.” The term describes a coin that is specially minted to be thick and heavy. The 2 oz. Proof Silver Piedfort Iwo Jima coin has the same diameter but twice the thickness and weight of its 1 oz. silver counterpart.

French monarchs traditionally bestowed treasured piedforts on visiting dignitaries as “powerful visual reminders of the richness of the kingdom and the skill of its artisans,” the Perth Mint notes.

The Iwo Jima coin series marks the 75th anniversary of one of the most difficult and heavy-hearted battles in the history of the U.S. Marine Corps. A portion of the proceeds from the series goes to benefit the World War II Foundation, one of America’s leading nonprofit organizations dedicated to WWII education.

You might recognize the design featured on the reverse side of the 2 oz. Silver Piedfort coin. It was inspired by Associated Press photographer Joe Rosenthal’s snapshot of six U.S. Marines raising the American flag on the highest peak of Iwo Jima. In raising the stars and stripes, American troops expressed their hope for the future—a hope that the time they had spent inching their way to victory would soon help bring an end to one of WWII’s bloodiest and longest battles.

The coin’s reverse features a rendition of Joe Rosenthal’s picture of six Marines raising a flag at the summit of Iwo Jima’s Mount Suribachi. Rosenthal won a Pulitzer Prize for the photo, which appeared in newspapers around the world. The image also served as a model for the Marine Corps War Memorial near Arlington National Cemetery.

Silver coin prices are determined by the spot price of silver, the coin type, the amount of silver in the coin, and the coin’s production quantity. What does this mean for the 2 oz. Silver Piedfort Iwo Jima proof coin?

As a proof coin, the price of the 2 oz. Iwo Jima Piedfort coin is tied to spot price, availability, and condition.

And when it comes to production quantity, it’s safe to say that the 2 oz. Proof Silver Piedfort Iwo Jima coin falls into the “limited availability” category.

All of these factors contribute to the coin’s current price.