Is It Time to Put Yourself on the Gold Standard? | USMR Market Insights 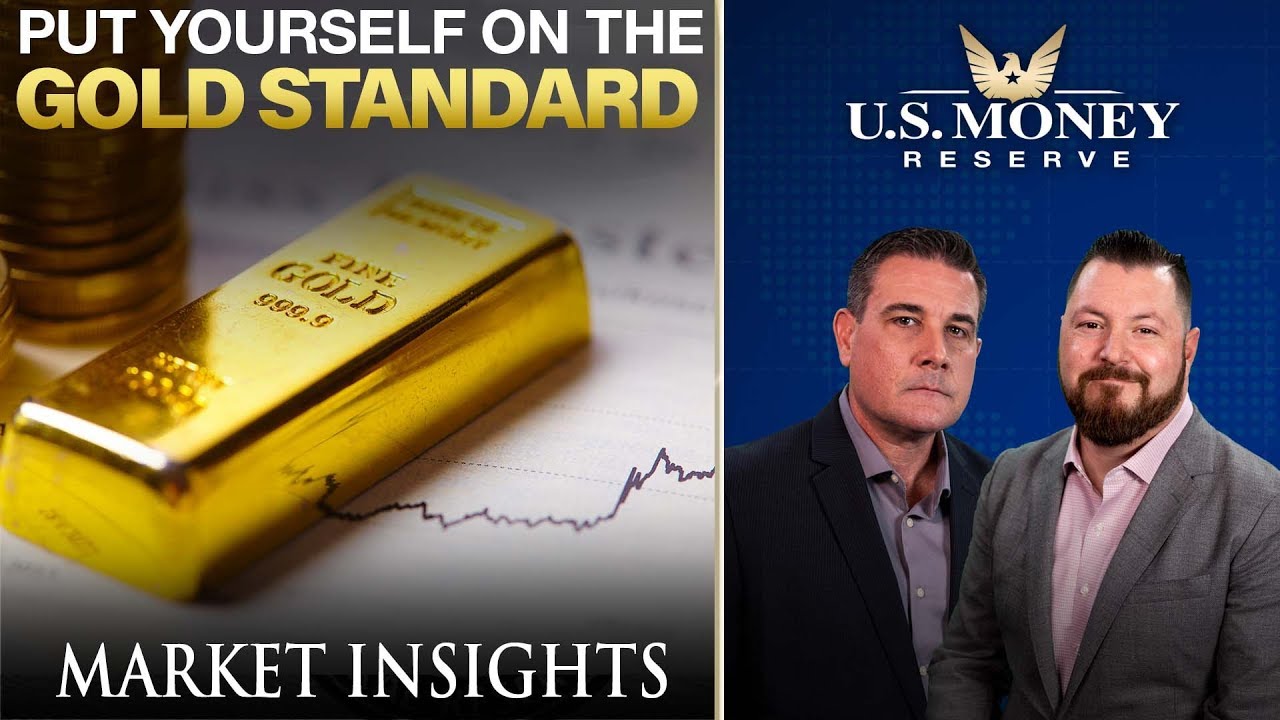 The public is questioning whether we're going to come back to a gold standard or not. One of the reasons the U.S. Government went off of the gold standard was because the U.S. was printing so much money after Vietnam and the big space race that most countries didn't believe that we had enough gold to back what we were printing. At this point, we have printed money far beyond that amount. So if we were to go back on to a gold standard, we would probably see the prices of gold skyrocket overnight.

Is It Time to Put Yourself on the Gold Standard? – Video Transcript

Today, we're here with Mr. Patrick Brunson and we're going to continue our segment in regards to the gold standard and how it led to the massive amount of debt after the year of 1971. One of the biggest questions that we get from many consumers today, that Mr. Brunson is going to talk about is, is the gold standard going to return or is there a way that the United States can bring gold back into the picture to help get us out of the deficit? And that is probably the biggest question that many consumers and a lot of economists that are out there have discussed for a very long period of time. Most also question, that we'll be talking about today, is whether there's gold still left in Fort Knox or not. So let's start with whether there's gold still left in Fort Knox or not. Mr. Brunson, you want to give us a little insight on that?

That's the million dollar question. I mean, people have been asking if there's really gold there for several, several years. In fact, Nixon, I believe his administration was the last administration to actually audit the Fort Knox gold holdings. Now, Steve Mnuchin, Secretary Treasury with the Trump administration did actually visit Fort Knox and he stated last year that the gold is in fact there and that he saw with his own eyes. Now he didn't necessarily audit it, but they did count exactly how much they have there. But, there's not a full audit from what I understand on paper that's official from the government in regards to how much is actually in Fort Knox.

Right, and we also know that the World Gold Council really counts and measures the amount of gold in large transaction going from left to right. It can go for a central bank, it can also go for a country, and we know that central banks in countries who continue to buy gold, but it's not changed the amount of gold in actual holdings in Fort Knox. So one could really assume that after Steven Mnuchin's audit, the audit prior to that, that gold still is there because the World Gold Council would pick up some type of measurement of transactions left to right. The other thing that is important to understand, that Mr. Brunson's going to talk about is, is that people are talking about whether we're going to come back to a gold standard or not. And a lot of countries around the world, specifically China, has really come up with a unique way to be able to kind of, not necessarily put their currency on gold, but they've been able to back their oil reserves in gold, and most people understand that the petrodollar is what has really given, and continued life, for the U.S. dollar. Do you think, do you see the United States putting themselves on some type of gold standards like that?

It's a possibility. Personally, I think it's more of a pipe dream than anything. Reason being is gold, and a gold standard for any currency, it kind of puts a leash around the government from what they can do financially and what they can't. With nothing backing the dollar itself, it allows them to print and run up deficits and create our debt with no real repercussions, immediate repercussions, to the government itself. One of the reasons why we had to come off the gold standard is because we were printing so much money after Vietnam and the big space race that most countries didn't believe that we had enough gold to back what we were printing. Well, we've printed way beyond that at this point, way beyond that. So if we were to go back on to a gold standard, we would probably see the prices of gold skyrocket overnight.

Now, I will say that last year in March, there was a bill submitted to the house to actually put the dollar back on the gold standard. However, it's been sitting there for over a year and it has not been voted on. I don't know that it will ever even make it to the vote. And so, if they do pass this and it makes it to the president's desk, well I think that Trump would be the president to put the dollar back on the gold standard if there ever was one. However, if you look at the U.S. government's website in regards to this, they think there's a 1% chance that it will actually make it to the president's desk.

And that kind of leads us to where we're at. For someone who understands the power of gold, if you could have been able to move money into gold around the year 2000, if you would have moved what the average retirement account today in an IRA or 401K sits today at around 300,000, if you could gone back in time 18 years ago, today 300,000 in gold would be sitting at about 1.65 million. So with that being said, we may not return from a government standpoint to a gold standard, but you yourself, can put yourself on a gold standard. We always know that gold has a stored value of wealth and power, and that's really what this segment is about. A lot of consumers every single day, that's really what we stress to them, protecting the money that the government can't protect for us anymore.

So if you'd like to get more information, you can pick up U.S. Money Reserve's latest report, In Debt & Out Of Time. It talks about the $184 trillion nightmare that we now have globally, and how it can affect you in the long-term. So please click on the link below or call the number on your screen to get your copy.

If you find this information useful, we encourage you to like and share this video. If you're watching us from YouTube, subscribe to our channel so that you don't miss a single episode. I'm U.S. Money Reserve's Patrick Brunson

I'm Coy Wells, and as always, thank you for watching market insights.