International Gold Coins: Did You Know? 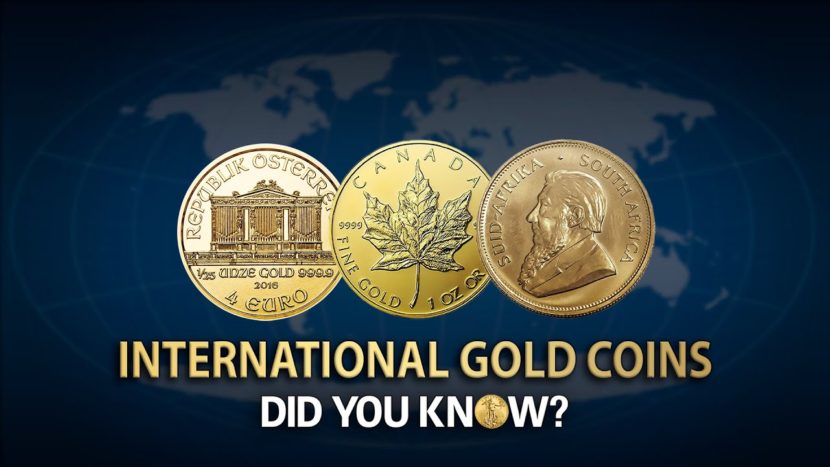 Gold bullion coins have been created by many countries around the world. Some of the most prized coins on the international market include the Vienna Philharmonic, the South African Krugerrand, and the Canadian Gold Maple Leaf. If you’re interested in learning more, watch this episode of U.S. Money Reserve’s “Did You Know?”

The Vienna Philharmonic, South African Krugerrand, and Canadian Gold Maple Leaf are three highly regarded coins by many numismatists and collectors. The Krugerrand was first minted in 1967. Its name is a compound of Kruger, after Paul Kruger, former president of the South African Republic, and rand, the South African unit of currency. When it was first minted, it was one of the only modern gold bullion coins available on the market. By 1980, it dominated the market and accounted for more than 90% of the global coin market. Krugerrands contain 91.67% gold and 8.33% copper added for durability. Although these coins have no face value, they are still considered legal currency in South Africa. Canada introduced its nation's Gold Maple Leaf in 1979, and it quickly rose to popularity. Like Krugerrands, Gold Maple Leaves contain the same amount of gold, but weigh less than Krugerrands since they do not contain any copper. Maple Leaves minuted between 1979 and 1982 contained .999 gold purity. Since 1982, Gold Maple Leaves have been minted with 0.9999 gold purity.

The Vienna Philharmonic is a bullion coin produced by the Austrian Mint. First minted in 1989, the coin was named for the Vienna Philharmonic orchestra. Each Gold Philharmonic has a 0.9999 gold purity. The Philharmonic has a face value in euros, although it is only legal tender in Austria. Each of these coins are unique and cherished for their own diverse histories, in addition to their gold content. Call the number on your screen if you'd like to learn more about these highly sought after coins and how you can add gold and other precious metals to your portfolio. Make sure to subscribe to see more of our videos on various topics.