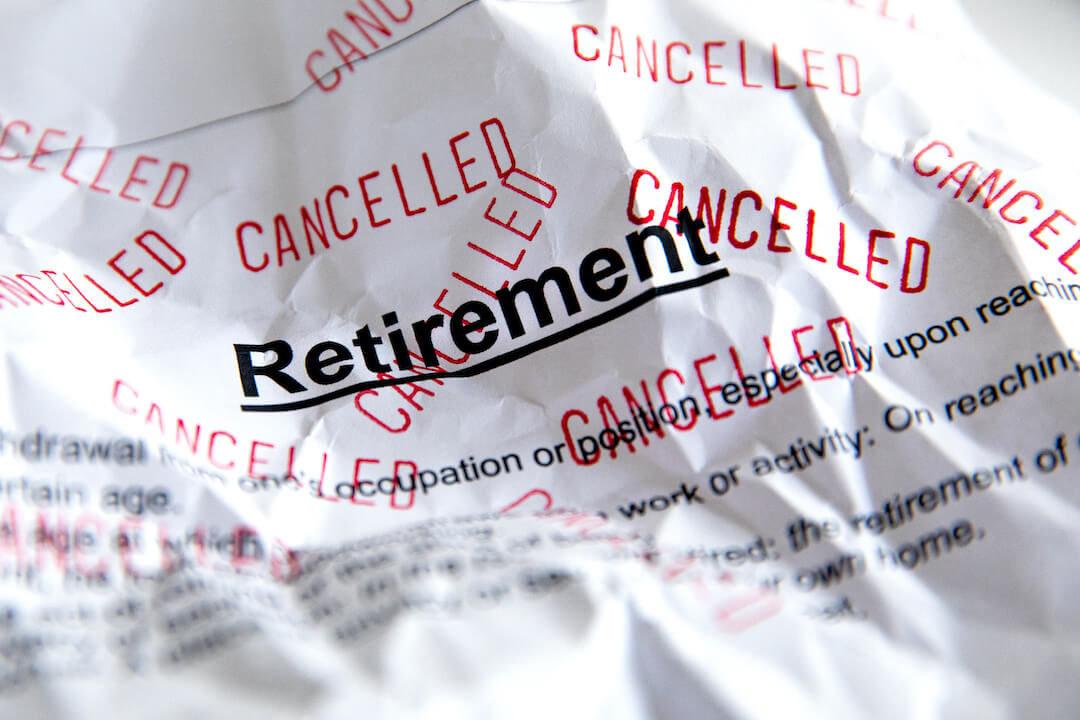 Baby boomers are the children of the Greatest Generation and most often defined as those born between 1946 and 1964 during the post–World War II baby boom that saw the U.S. population surge by more than 76 million. Boomers, however, have proven to be great in their own right. They’re a hardworking, entrepreneurial generation that values competition, individual choice, and self-actualization.

When their generation was young, boomers invented student activism. They fought for civil rights and women’s liberation. They declared war on Communism and grew up in the shadow of the Vietnam War, the Cuban Missile Crisis, and the Watergate Scandal. Their transformative achievements include the artificial heart and DNA fingerprinting, the PC computer and the World Wide Web, the Ethernet and the cellular phone.

The boomers are the generation of the Rolling Stones, The Doors, Bob Dylan, Aretha Franklin, and Elton John. They’re rock ’n’ roll, soul, R&B, and pop. They grew up on TV and vinyl records, sugar cereal, and magazines. They embraced consumerism, prosperity, and life in the suburbs. They went to college in record numbers, landed corporate jobs, and drove big cars. Their economic mobility and affluence resulted in record home ownership, large families, and unmatched prosperity.

Baby boomers are the richest generation in history and control the majority of household wealth in the United States. And baby boomer confidence, competitiveness, and their unrelenting pursuit of the American Dream have left an indelible mark on society, the world, and future generations.

So why is this prosperous group on edge? In a word—retirement.

While baby boomers are reportedly retiring at a rate of about 10,000 a day, many are still working. According to PEW Research: “The majority of baby boomers are still in the labor force, and the oldest among them are staying in the labor force at the highest annual rate for people their age in more than half a century.” Pew data demonstrates that working boomers have outpaced the “silent generation” and the Greatest Generation at similar ages. 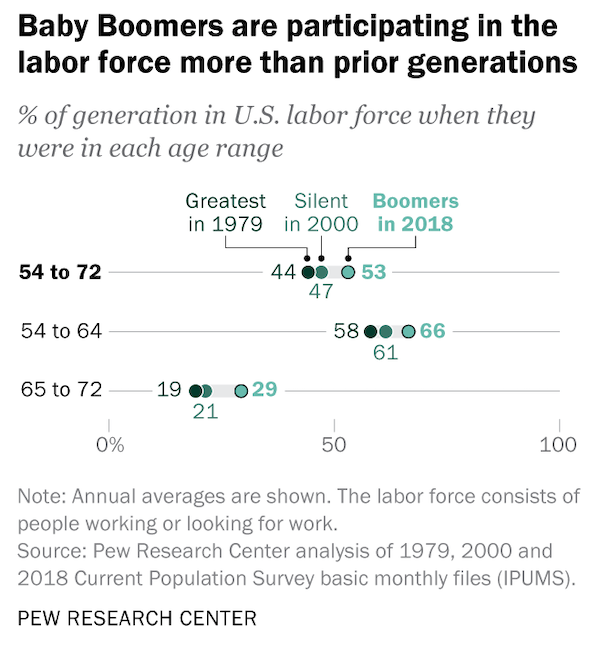 A white paper by the Insured Retirement Institute reveals that a third of baby boomers have postponed retirement, and another third plan to retire at 70 or perhaps—not at all.

The most common reason baby boomers give for staying in the workforce is to maintain a steady flow of income. Many are caring for older parents or supporting adult children. Some have taken out second mortgages or cosigned for college loans and auto financing. Others are still recovering from the Great Recession where they lost their home, a significant portion of their home’s equity, or worse yet a large percentage of their retirement portfolio.

Text BoxAnd there were those who got spooked, pulled out of the market after the 2008 crash, and failed to benefit from its recovery and dramatic rebound. Others fled to the safety of bonds and savings accounts and were undercut by persistently low interest rates.

In the end, boomers have been grappling with the notion of longevity itself. They’re living longer than any previous generation, and many believe that if they keep working, they’ll be contributing to a social welfare system that will adequately fund them in their later years. But the prognosis for Social Security and Medicare is not nearly as optimistic as that for boomer life expectancy.

Behind all this, of course, is a profound lack of preparation. According to the Insured Retirement Institute, 45 percent of baby boomers have no retirement savings at all. Others have put far too little money away or are dangerously overleveraged in the financial markets, leaving them vulnerable to a sudden downturn, correction, or crash.

Robert Kiyosaki, American businessman and author of Rich Dad Poor Dad, recently stated, “I am very concerned about the millions of baby boomers who are counting on the stock market to deliver them a safe, sound, long retirement.”

All of this pushes us to ask the question: Has the most influential generation in history now become the most vulnerable?

If boomers toss and turn at night, it’s NOT because of the trade war, interest rates, the national debt, stock volatility, or South Korea—but because their retirement has become financially unfeasible and perilously insecure.

“Boomers are the first generation on the planet to get to age 60 and still see a long runway ahead,” says Matt Thornhill, president of Generations Matter and an expert on generational dynamics in the workplace. But without a financial safe haven, that “long runway” will be nothing more than a beaten path worn by all the previous generations that lived meagerly from beneficiary check to beneficiary check.

There is perhaps no better retirement solution for a self-driven generation than owning physical gold. The yellow metal is a proven diversifier, a long-established safe haven, and a reliable store of wealth. So if you’re a baby boomer facing retirement, it’s time to rethink and revamp your portfolio so the rest of your story is as inspiring as the early chapters—and as exhilarating as the biography of your entire generation.