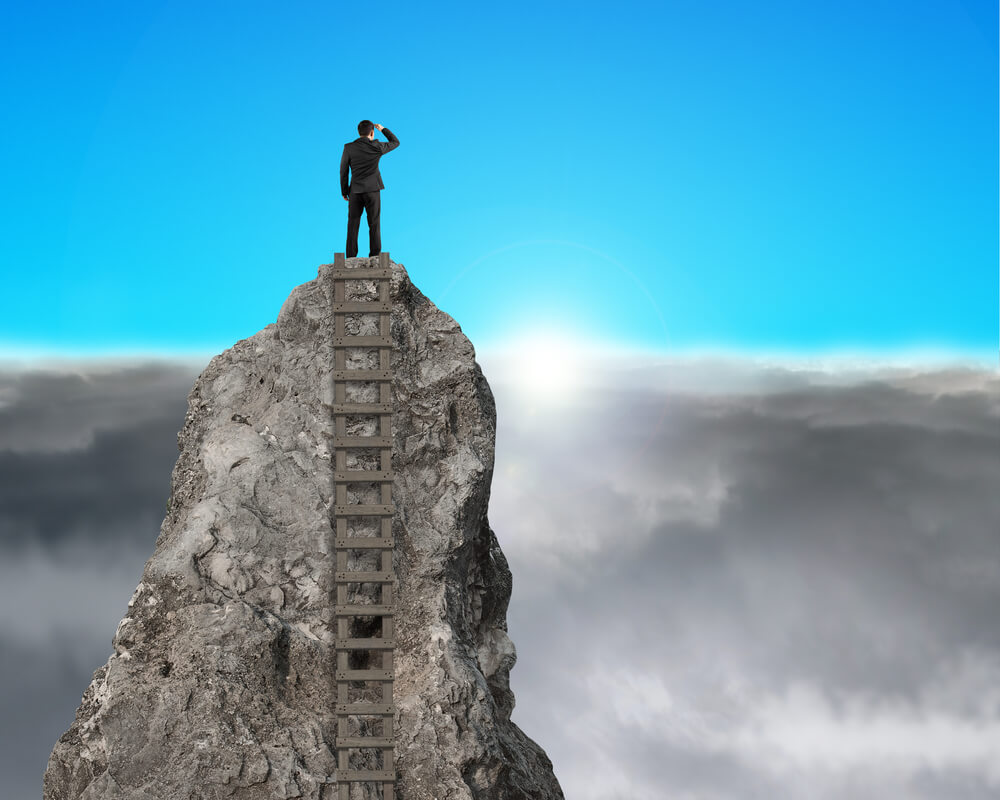 What Follows an Economic Peak? Armageddon?

Nowadays, the word Armageddon is tossed around like a figurative rag doll. While its roots can be traced to Biblical times, it’s often used to describe modern disasters, particularly economic watersheds like recessions and depressions.

According to the New Testament in the Bible, Armageddon is actually a place where the armies of good and evil will ultimately face off during the “end times.” It may seem like an extreme comparative for present-day financial conditions—but is it?

It’s simply not enough to say that it cannot and will not go on forever—comparative data now suggests that we’re indeed in the late innings of the current economic cycle, and the end could be cataclysmic.

An economic cycle is the ebb and flow of growth trends within the economy. Investopedia defines it as:

“The natural fluctuation of the economy between periods of expansion (growth) and contraction (recession). Factors such as gross domestic product (GDP), interest rates, levels of employment, and consumer spending can help to determine the current stage of the economic cycle.”

The Expansion—This is a growth phase characterized by rising GDP and an economic boom.

The Peak—This is a growth ceiling and the highest point between the end of an expansion and the start of a recession.

The Contraction—This is an economic downturn or a recessionary phase.

The Trough—This is a fiscal bottom and a low growth point from which the economy will eventually start to recover.

When economists state that we’re in the late stages of the current cycle, they’re typically referring to the last gasp of the expansionary phase. When the expansion peaks, it marks the start of a contraction, a recession, and a slippery slope toward economic collapse.

Understanding the undulations of the economy’s phases is critical from a timing perspective. During the Great Recession, fortunes were lost because individuals failed to comprehend where we were in the business cycle. They not only didn’t get out of the markets in time to avoid massive losses—but they also failed to get back in to enjoy the substantial gains of the recovery. 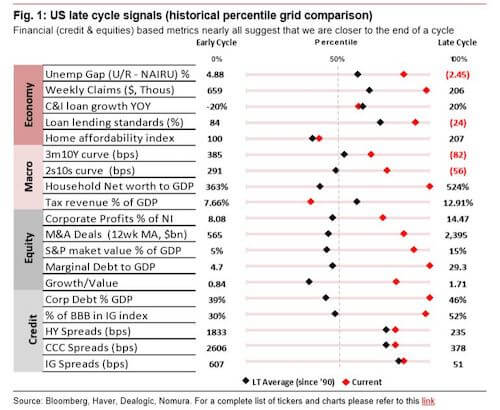 The list offers telltale data points that suggest the present boom is ready to peter out. While market volatility, falling earnings, and cooling economic growth are classic late-stage signals, another factor also jumps out.

The figure for corporate debt as a percent of GDP has skyrocketed against historic averages, and the percentage of BBB-rated debt has also exploded. This classification of debt is high-yield and high-risk and recognized as the bottom tier of investment-grade bonds before those bonds become “junk” bonds.

In October, Bloomberg blew the whistle on the staggering corporate debt crisis, classifying it as “A $1 Trillion Powder Keg”:

“They were once models of financial strength—corporate giants like AT&T Inc., Bayer AG, and British American Tobacco Plc. Then came a decade of weak sales growth and rock-bottom interest rates, a dangerous cocktail that left many companies feeling like they had just one easy way to grow: by borrowing heaps of cash to buy competitors. The resulting acquisition binge left an unprecedented number of major corporations just a rung or two from junk credit ratings, bringing them closer to a designation that historically has made it much more expensive to fund daily business and harder to navigate economic downturns.”

Here comes the Armageddon part. The massive buildup of corporate debt could make the next contraction harsher and the next trough far deeper. It could also leave the stock market more exposed and infinitely more volatile.

This prompted a rare and stark warning from the Paris-based Organisation for Economic Co-operation and Development:

“Global outstanding debt in the form of corporate bonds issued by non-financial companies has hit record levels, reaching almost USD 13 trillion at the end of 2018. This is double the amount outstanding in real terms before the 2008 financial crisis…. The share of lowest-quality investment-grade bonds stands at 54%, a historical high, and there has been a marked decrease in bondholder rights that could amplify negative effects in the event of market stress…. In the case of a downturn, highly leveraged companies would face difficulties in servicing their debt, which in turn, through lower investment and higher default rates, could amplify the effects of a downturn.”

So in the patterned and predictable world of economic cycles, if fiscal prudence is “good” and runaway debt is “evil”—we may indeed be at the precise time and place of the last great financial battle of the ages.

A global economic slowdown could detonate an unprecedented corporate debt bomb and ignite an equally unparalleled junk bond powder keg—casting us into a crisis of unknown proportions. If we are indeed facing an economic Armageddon, it’s time to seek safety.

Reduce your risk, diversify your holdings, and protect your money accordingly.