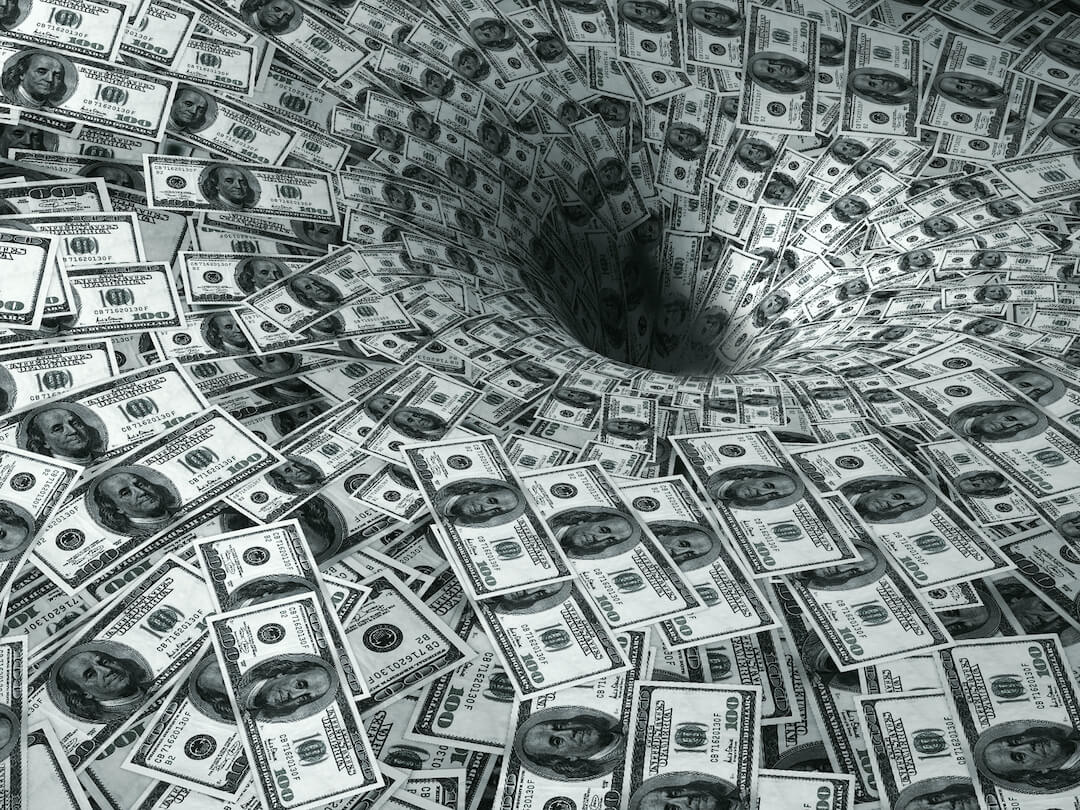 The Monetary Black Hole and the Recession of 2020

Is it coming? Is it imminent? Is it here? How close is the world to the next recession? There is certainly evidence that could spell economic trouble ahead. Bloomberg’s GDP tracker shows global growth slowing to just 2.2% in the third quarter of this year. There are also whispers that the IMF will cut its 2019 growth forecast, already projected to be the lowest since 2009. And the Brookings Institute is sounding the alarm on what they’re calling a “synchronized stagnation” of the world’s economies, which they describe as trapped in “weak growth,” “no growth,” and even “mild contraction” cycles.

Being stuck in neutral is one thing, but when business profits shrink, financial markets collapse, unemployment rises, and consumer sentiment sours, it is something quite different.

The odds of a downturn in 2020 are increasing, and some of the classic warning signs are starting to align.

One of the more reliable recession indicators has been the yield curve, or the spread between three-month and ten-year Treasury yields. When that spread inverts, or when the yield on the shorter–duration security note moves higher than the longer–duration note, it reflects buyer skepticism about future growth. Yield curve inversions have accurately predicted economic downturns for the past 50 years—and in 2019, the yield curve was inverted for almost 5 months.

Corporate health is another recession marker. In the U.S., nonfinancial corporate profits, which peaked at 15.2% in 2015, plummeted to 10.9% this past quarter. Global profits have also been squeezed, and low growth and rising debt have resulted in a dramatic increase in over-leveraged companies worldwide. Such a scenario undermines business confidence, reduces capital investment, and raises the stakes for a financial downturn.

Volatile financial markets have also raised the prospects of economic gloom and doom. They have been rocked by trade uncertainty, a worldwide manufacturing slowdown, and potential Brexit fallout. Over the past six months, major exchanges in the United States, Great Britain, Germany, Spain, China, India, Korea, Mexico, Hungary, Poland, Egypt, Pakistan, and Hong Kong have all suffered losses.

Perhaps the greatest risk to the world economy, however, is what former U.S. Secretary of the Treasury Larry Summers calls “Black Hole Monetary Economics,” or too–low interest rates that pave the way for secular stagnation and leave the world with no means of escape.

Since the financial crisis, major economies have kept rates artificially low, amassed large deficits, and increased global debt by 50%. This has not only fueled asset bubbles, but also weakened one of the world’s most potent recession weapons—creating a nightmare scenario of an accelerating global downturn with very few means to stop it.

According to Summers, “Almost every account of the 2008 financial crisis assigns at least some role to the consequences of the very low interest rates that prevailed in the early 2000s.”

And what’s particularly worrisome for 2020 is that the mountain of easy money has grown higher, the “reach for yield” has become greater, and world debt has become a monstrous albatross around the neck of the global economy.

So if we are now in the lead–up to the “Recession of 2020,” the longstanding modes of economic stimulus have been watered down and weakened, and the delusion of ultra-low interest rates could leave portfolio holders dangerously exposed.

In a world of mounting risk, growing asset bubbles, geopolitical chaos, and slumping growth, gold—which is up more than 20% since last October—has emerged as a vital hedge against market stress, a weak dollar, global uncertainty, and portfolio losses.