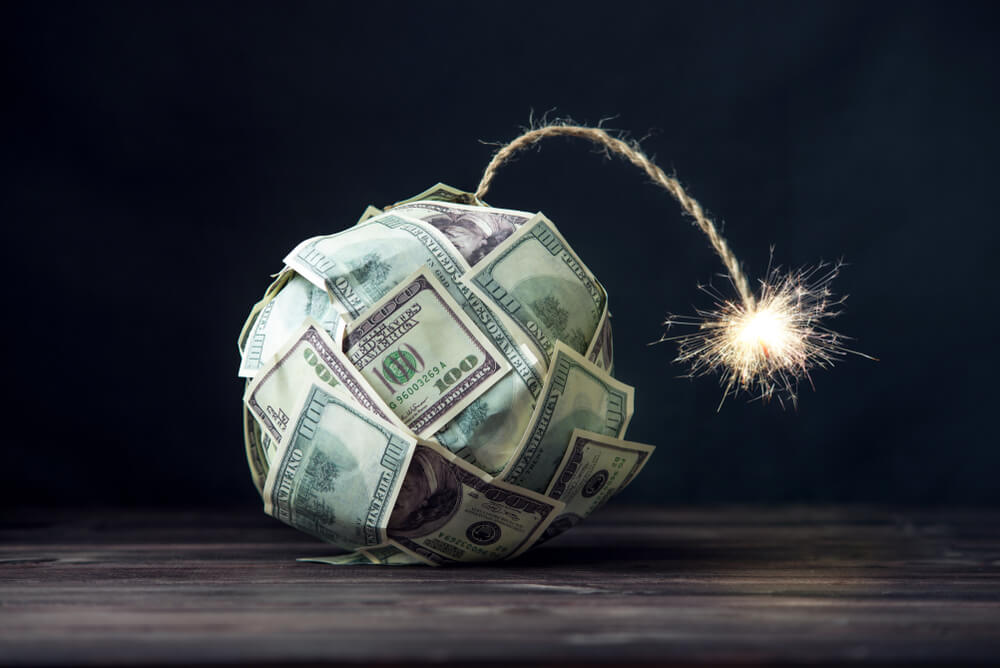 The Match and the Powder Keg: The Fall of Lehman Brothers 10 Years Later

According to the Baker Library Historical Collection at Harvard Business School, the three Lehman brothers, Henry, Emanuel, and Mayer, emigrated from Germany in the 1840s and opened up a dry goods store in Montgomery, Alabama. During this time, cotton was a vital and high valuation crop and the brothers quickly began accepting raw cotton in exchange for merchandise. This marked the beginning of their evolution into a commodities trading and brokerage house. They opened an office in New York in 1858, marking their arrival in the financial district.

Lehman Brothers went on to become one of the oldest and largest global financial firms in the world. The 38-story skyscraper they would eventually occupy in Times Square was a long way from their second story offices between Oddfellows Hall and J. J. Cox and Company at Court Square in Montgomery.

They were a self-proclaimed “innovator in global finance focused on serving the financial needs of corporations, governments and municipalities, institutional clients, and high-net-worth individuals worldwide.” Their 2007 third-quarter overview listed offices in France, Japan, Switzerland, Hong Kong, Netherlands, Germany and the U.K.  As of August 31, 2007, they reported assets of $659 billion and an additional $142 billion in long term capital with “leadership positions in equity and fixed income sales, trading and research, investment banking, private equity, and private client services.”

The collapse of Lehman Brothers Holdings Inc. in September of 2008 marked the largest bankruptcy filing in U.S. history. So, what happened? For those of us that lived it, Lehman’s downfall seemed to come from nowhere. Indeed a CNN Money headline from April of 2006 boasted, “Lehman Brothers: A Super-Hot Machine” and reported that the 156-year old firm was in the midst of enjoying “its greatest run ever.”

The firm’s sudden descent into dissolution was blamed on a variety of things, including questionable accounting and dubious ethics, as well as bad mortgages, cheap money, market excesses, and massive real estate losses. Their bankruptcy filing triggered an immediate crisis of confidence and a subsequent market meltdown that plunged America into the worst financial disaster since the Great Depression.

Testifying before a House Oversight and Government Reform Committee in October of 2008, Lehman CEO Richard Fuld stated, “Nobody, including me, anticipated how the problems that started in the mortgage markets would spread to our credit markets and banking system and threaten our entire financial system and our country.”  On the first anniversary of Lehman’s bankruptcy, Andrew Clark of The Guardian wrote that it also “pushed capitalism to the brink.”

So, what are the lessons of Lehman’s downfall? There are several—and some are particularly critical a full decade out. The first is that despite all the headlines, hype, and Wall Street records, risk is ever-present. The second is that regardless of historic market caps and corporate valuations, there is no stock or index that is completely stable. And the third is that, no matter how long-standing the institution or compelling its American story—every financial firm is vulnerable to default.

Lehman Brothers will not be the last global investment firm to go bust. And the recession of 2008 will not be the last financial meltdown in U.S. history. American households lost a third of their wealth in the wake of the Great Recession, and a full decade later we remain vulnerable and exposed. Gold has historically helped to reduce that exposure by offsetting losses in other asset classes, particularly the very equities and fixed income products that Lehman Brothers was so famous for.

So the crucial “Lehman Lesson” on the 10-year anniversary of the firm’s demise is the fundamental revelation that markets are always susceptible to collapse. While they may recover over time—the financial portfolios and life savings of everyday Americans may not. To quote Denis Waitley, “Expect the best, plan for the worse, and prepare to be surprised.”