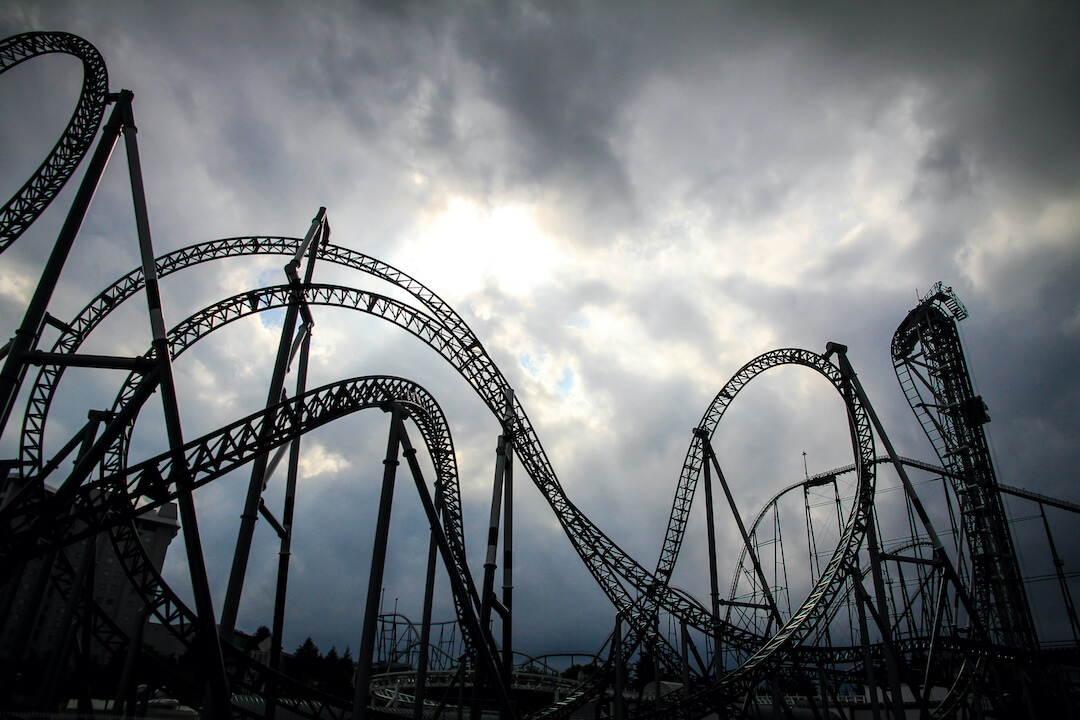 Are recent setbacks in the economy only hiccups during a period of sustained growth or the start of a significant decline? Even the experts agree it’s hard to tell, but when your money is on the line, this uncertainty can be crushing.

Anyone paying attention to the markets knows that the last few weeks have been tumultuous, with reports of major losses followed by possible rebounds followed by reports of further losses. MarketWatch put it succinctly: “Over the past few sessions, volatility has reigned supreme on Wall Street.”

Similar to a roller coaster, this week’s wild ride started with a huge drop.v

On Monday March 9th, The Dow Jones Industrial Average lost more than 2,000 points in one session for the first time in history.

The very next day after this monumental 7% drop, the Dow regained 1,647.14 points. Many have been left to wonder if equities have moved out of danger or are merely experiencing a “dead cat bounce.” The odor of uncertainty has hung in the air.

This has reportedly led people to move their money into assets that are commonly considered “safe havens,” like Treasury bonds or gold. However, Treasury bonds themselves have become weaker, with the yield on the 10-year bond reportedly falling as low as 0.318% on March 10.

Seeing this rush to safer waters leaves the impression that people are taking financial security seriously. Unfortunately, people may not have been thinking enough about a safety net beforehand.

Four in 10 Americans wouldn’t be able to come up with $400 in a financial emergency, according to a 2019 study by the Federal Reserve.

Times like these show why that could be a problem. People got crushed in 2008. I don’t know if another recession like that will happen again soon, but even outside of the capricious movements of the stock market, sometimes emergencies happen. Whether you have a family and kids or are taking care of just yourself, the need to be prepared for danger is always worthy of consideration.

I keep an umbrella in my car all the time, so when a rainy day comes, I don’t have to scramble to find an umbrella. The same philosophy can easily be applied to money, remembering to secure some of what you have when conditions turn south. I know some families that buy winter coats in the summer, when they are cheaper, for the same reasons.

Just a couple of weeks ago, CNBC reported that household debt jumped to its highest level in 12 years.

This could be problematic. People can look at growth in the stock markets and assume it is a safe time to move into dangerous positions. However, when you don’t know when something unexpected could happen, loading yourself up with too much debt can be its own brand of dangerous.

A slow and steady climb can seem like it will last forever while it is happening but, but any mountain climber will tell you falling happens quicker then ascending. It’s in times of steady rising when it is critical to make sure you have a safety line in case your grip slips.