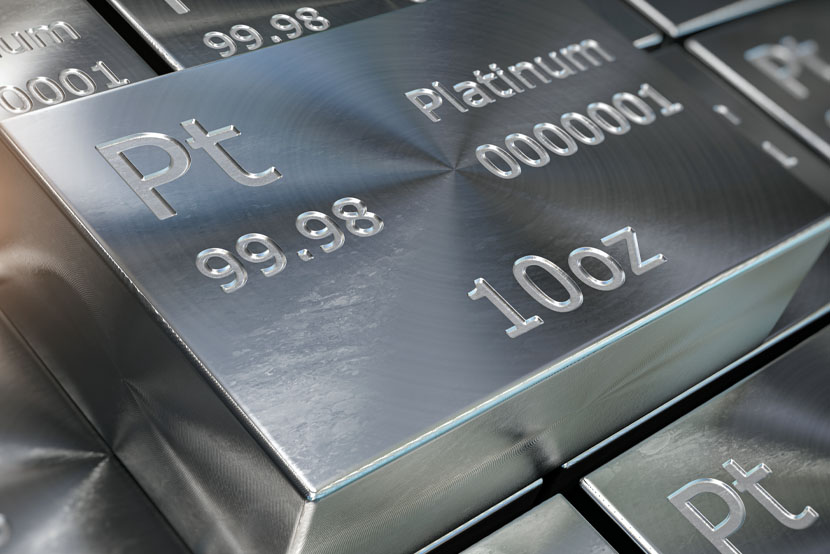 Platinum Hits a Six-year High and Could Go Higher

As the world of manufacturing rebounds from the bottoms hit in 2020, precious metals owners could stand to benefit from industrial applications stoking demand for the metals. Recently, one precious metal stood out from the rest with a recent price rally: platinum.

While impressive on its own, this could be the start of a much larger rally. Platinum’s price has more than doubled from an 18-year low in March 2020, to over $1,300/oz. earlier this week. This was the highest price for the metal since September 2014 and many experts believe this metal has only just begun to climb.

The world’s no. 1 platinum miner recently said that the price of platinum could grow over 80% in the next four to five years.

Sibanye-Stillwater is the world’s number one platinum producing miner. In an interview with Bloomberg in January, CEO Neal Froneman said, “Platinum has only just started to re-rate, and it will continue. There is no reason why platinum will not eventually trade at $2,000 an ounce and probably even higher.”

Froneman and other experts, such as analysts at Citi, believe platinum’s price growth could continue to be strongly supported by the manufacturing sector’s rally over the next few years.

Manufacturing rebounds could push the precious metal even higher.

The reasoning is simple. Platinum is used in many industrial applications that have been halted during shutdowns over the last year. As manufacturing is set to rise in the next year, the demand for platinum could be propelled along with it.

For example, platinum is used in catalytic converters for diesel-engine vehicles. Like platinum’s sister metal palladium (which is used in catalytic converters for gasoline-engine vehicles), the demand for platinum could rise based on new green requirements for vehicles. Platinum is used in “electrolysers”, which can make hydrogen fuel cells as an alternative power source for cars, trains, and ships. Analysts at Bank of America predict that demand for platinum in fuel cell-power could rise by 2 to 4 million ounces a year by 2030.

Harry Barr, chairman and chief executive officer of New Age Metals Inc., told The Wall Street Journal, “It looks like it’s the start of a super cycle for metals in general, and especially for green metals.”

With these positive outlooks, consider making your move into platinum today before the platinum rally could take off and break out to even higher levels. Physical platinum ownership today could turn into long-term gains for your portfolio in the future.