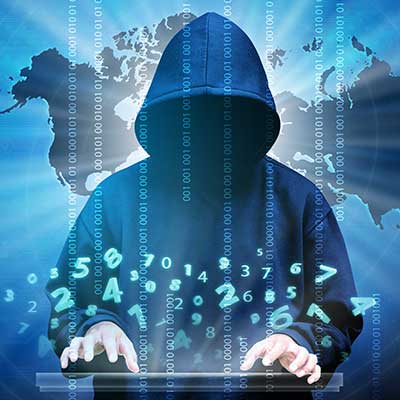 The Entire World Just Got Hacked! So, How Safe is our Money?

Every generation worries about money. Our parents’ and grandparents’ life savings were under constant threat due to war, depression, recession, market crashes and the actions of government. We face many of these risks today along with something else—cyberwarfare. While virtually unseen and untraceable, this monetary threat is highly destructive. Hackers and digital pirates can not only steal identities and disrupt elections, they also have the power to bring down banks, businesses and governments.

A cyberattack occurs when unauthorized users gain access to computer systems, networks and data with malicious intent. There are trojans, worms and a host of viruses designed to steal passwords, identities, data and money. The massive cyberattack that swept across Europe and Asia last week is a form of malware called ransomware. True to its name, ransomware is digital extortion that utilizes viruses to infiltrate, encrypt, and block access to data and networks until monies are paid to unlock them.

As more and more cash is housed in digital formats and more financial institutions adopt cyber technologies, it begs the question: How safe is our money? Could our wealth be hacked? Could our retirement be held for ransom? More money now exists in digital and virtual formats than it does in physical banknotes and coins, and there’s no doubt that financial institutions are prime targets of cyber extortion. Even small banks and credit unions recorded dramatic spikes in malware and hacking attacks last year. One provider of data insurance reported an over 50% spike in bank data breaches in 2016 and a 100% rise in ransomware attacks in the first six months of last year alone.

So, this is the new type of robbery—a virtual “hold-up” so-to-speak—and an electronic heist with losses that far exceed the handfuls of “loot” that were heretofore placed into a tangible bag. Cyber theft, which has no physical determination, also seems to have no physical limit in terms of losses. It’s no wonder that paperless, borderless, instantaneous transactions make so many of us nervous.

The financial sector boasts some of the most sophisticated online security systems in the world and yet all are rendered helpless in the face of a single, determined hacker. I’m not sure about you, but when I hear about things like malware, phishing, keylogging and clickjacking, I’d rather have a few gold coins in my safe than a pile of bitcoins in a database.