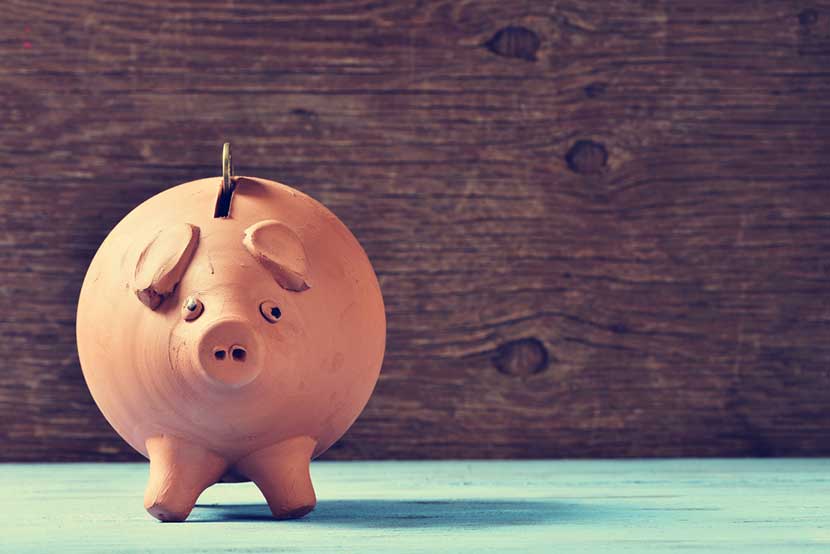 The past 10 years have been very good for investors, but not so much for savers.

Since 2006, the S&P 500 stock market benchmark has surged more than 60 percent (and more than 200 percent if you count from the time the bull market began in 2009). In the same period, however, folks squirreling away their money in savings accounts have lost nearly $8 billion.

Both results are due in large part to a Fed policy that has sought to push money out of zero-yielding savings and money market accounts and into riskier assets, particularly stocks. (Households have about $8.4 trillion in time and savings deposits, along with another $1.05 trillion in money market funds, according to Fed data.) The goal is to create a “wealth effect” that spreads through the economy, though economic growth throughout the post-financial crisis recovery has been mired in the 2 to 2.5 percent range.

Various academic studies have shown that the low interest rates have pushed even more money into mattresses as savers have sought to make up for not getting returns by putting away more money. The overall savings rate went from 3.3 percent in 2006 to 5.2 percent in 2016, according to research from NerdWallet, a personal finance information site.

NerdWallet took those rates, then applied them to average disposable personal incomes and used as a baseline a $25,000 high-yielding account to figure how much savers have lost in the periods. All totaled, the site figures savers have lost about $7.7 billion during the decade, and those calculations include 2006, a year when the Fed was still actually raising rates.

The trend is unlikely to change soon. Even if the Fed gets back on the path to normalization, it probably will be years before savers see significant rewards.

“Bank are just not in a position where they need to pay up to bring in more deposits,” said Greg McBride, chief financial analyst at Bankrate.com. “If we had an economy that was firing on all cylinders and loan demand was growing very steadily, that's the backdrop where we would start to see (significant) increases in deposit rates.”

The trend matters as the U.S. central bank ponders its next move.

This week's Federal Open Market Committee meeting is likely to see little action. At its December gathering, the committee hiked its interest rate target a quarter point, the first such move since June 29, 2006. However, financial market volatility and inflation that remains below the Fed's target likely will preclude any action at the March meeting.

Market participants, however, are bracing for action at some points this year, though when and how aggressive the moves will be remain matters of debate.

Traders in fed funds futures are estimating virtually no chance of a hike this week. Looking at the monthly futures contracts, the first rate hike — which would translate to a 0.61 percent funds rate — is not fully priced in until October. The CME's FedWatch tool, which assigns a hike probability for each meeting, doesn't put a better than 50 percent chance of a move until July, at 55 percent.

However, FOMC officials at the December meeting estimated four hikes this year, something that would seem unlikely absent a move when this week's meeting concludes Wednesday. A growing number of Wall Street strategists are predicting three moves, though the latest Bank of America Merrill Lynch Fund Manager Survey showed a “vast majority” of respondents expecting no more than two hikes.