How Is Gold Used in Medicine?

Home » Gold » How Is Gold Used in Medicine? 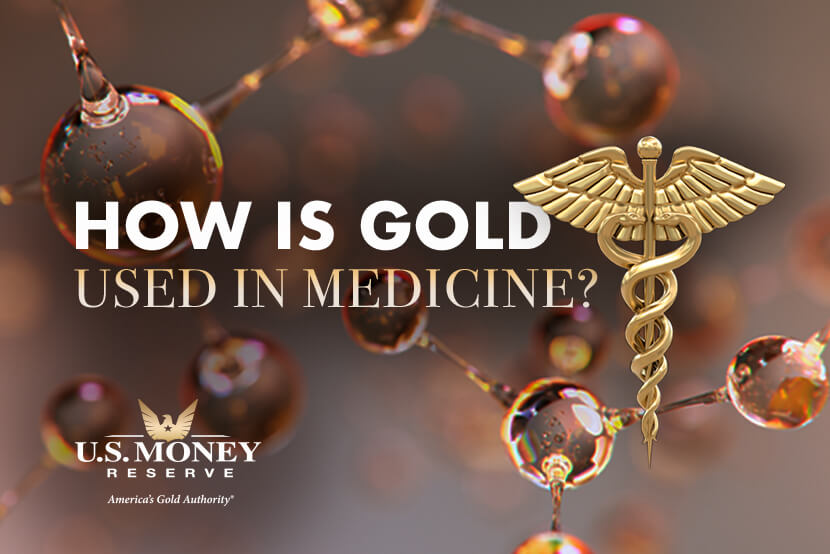 The use of gold in medical treatments dates back to 1890 when German bacteriologist Robert Koch discovered that gold compounds could curb the growth of the bacteria that causes tuberculosis.

Today, gold compounds are being tested and used to detect and treat several types of cancer, curb rheumatoid arthritis pain, and fight HIV and malaria. Learn more about the subtle—and often unknown—ways that gold is put to work to help keep people healthy.

Gold's Uses in the Medical World

Researchers are making breakthroughs in the use of gold to detect and treat cancer.

According to Live Science, cancer DNA binds to gold. That appears to happen no matter what type of cancer it is. This discovery led researchers to create a simple, quick test that uses gold nanoparticles to detect the disease. The test tells healthcare professionals whether cancer DNA is present based on the color of the gold particles.

Meanwhile, newly engineered gold-based molecules appear to be safer and more effective in combating cancer than prominent platinum-based therapies, according to Medical News Today. In one study, these molecules slowed the growth of prostate, breast, cervical, melanoma, and colon cancer cells by as much as 46.9%, compared to 29% for platinum-based therapies. The tests were performed on animals, and human clinical studies are on the horizon.

Here’s another way gold plays a part in treating cancer, according to Geology.com: Particles of a radioactive gold isotope are implanted in tissues as a radiation source for the treatment of certain types of cancer.

For decades, medical professionals turned to gold injections to treat rheumatoid arthritis and other inflammatory conditions, according to Medical News Today. Healthcare professionals produced these injections by using a compound known as sodium aurothiomalate, which contains gold.

However, because of the number and severity of side effects triggered by gold injections, they’ve largely been abandoned as a treatment for rheumatoid arthritis and other inflammatory conditions, Medical News Today says.

In 2019, scientists at the Fred Hutchinson Cancer Research Center moved closer to improving gene therapy by simplifying the way gene-editing instructions are sent to cells, the Center reported. Using a gold nanoparticle instead of an inactivated virus, they safely delivered gene-editing tools in lab models of HIV and inherited blood disorders.

Gold nanoparticles are a promising option, the Center says, because the surface of these microscopic spheres (about one-billionth the size of a grain of salt) lets other molecules readily adhere to them and remain there.

Over the years, scientists have had success using gold nanoparticles to improve the delivery of anti-HIV drugs. And in 2013, researchers said gold nanoparticles with molecules called aptamers were shown to reduce the ability of HIV to reproduce and infect new cells.

In 2018, an estimated 228 million cases of malaria were reported around the world, according to the World Health Organization (WHO). Although mosquito-borne malaria is preventable and treatable, about 405,000 people died from malaria in 2018.

Gold is one of the weapons in the battle against malaria. Most of the 412 million malaria tests sold in 2018 contained a tiny amount of gold, the World Gold Council says.

In 2017, an official at the World Gold Council explained to The Guardian newspaper that the tiny amount of gold in each test enables accurate detection of malaria thanks to gold’s stable properties.

According to The Guardian, gold particles help generate a color change—a bright red line—that indicates the presence of malaria in a patient’s blood sample. Test results can be ready in 15 minutes.

What if gold could help make the world an even healthier, safer place? As the uses for gold in medicine expand, the precious metal may be able to provide healthcare professionals and scientists with the advantages they need to protect the health of many populations.