The Inside Story of the Sacagawea Dollar

Home » Philip N. Diehl » The Inside Story of the Sacagawea Dollar 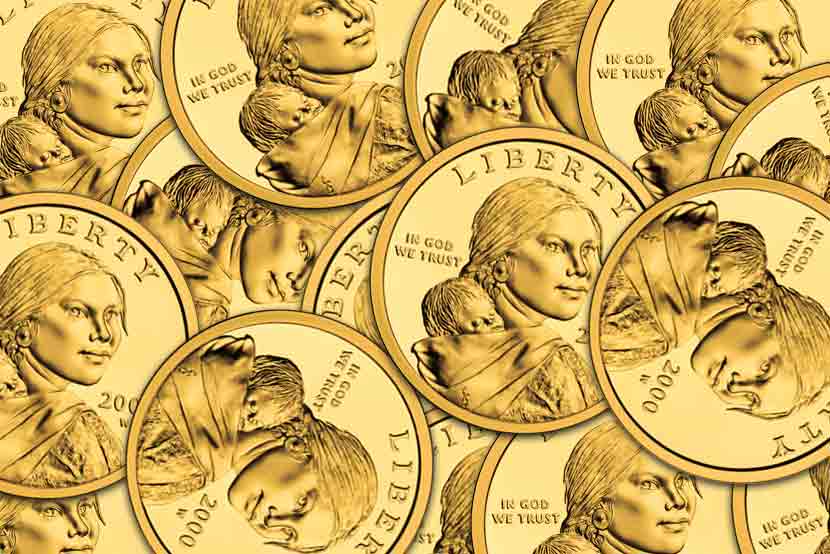 This post begins a series in which I give readers an insider’s view of how Washington, DC, works (and doesn’t work) from my perspective as director of the U.S. Mint.

The complete story of how the Sacagawea dollar (aka, the Golden dollar) came to be has never been told, and the accounts that have been published get many of the details wrong. I hope to correct these shortcomings in this and the following post.

The Susan B. Anthony failure 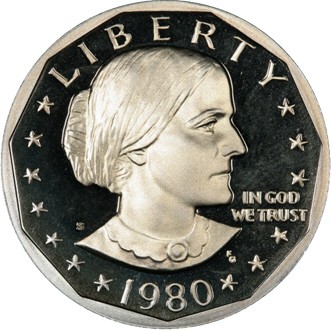 The Susan B. Anthony Dollar

The first thing I discovered was the remarkable fact that the experience was so negative for Mint staff you’d have thought it happened very recently as opposed to having 15 years to heal. The Mint was so thoroughly criticized, scapegoated really, that no one wanted to contemplate going through it all again.

I also discovered that the Mint had little to do with the SBA’s failure. Treasury had conducted a good analysis of what was required to make a new dollar coin successful, which Congress and Treasury largely ignored. In particular, the SBA was not sufficiently distinctive to avoid confusion with the quarter and, most crucially, the dollar note was not withdrawn along with introduction of the SBA. The Mint simply followed orders from Congress and Treasury.

It didn’t help that the coin lacked aesthetic appeal. I was told that Treasury secretary Michael Blumenthal found the design so unattractive that he initially rejected it, but that Ms. Anthony’s descendants insisted the coin reflect a realistic depiction of her. Perhaps the story is apocryphal.

The SBA was also drawn into the 1980 presidential campaign. High inflation during the Carter administration was one of the hottest issues in the campaign. Republicans tied the unpopularity of the SBA to inflation and President Carter by dubbing the coin the “Carter quarter”, highlighting both the confusion between the two coins and the declining purchasing power of the dollar. It was a useful political twofer and it further tarnished the SBA. 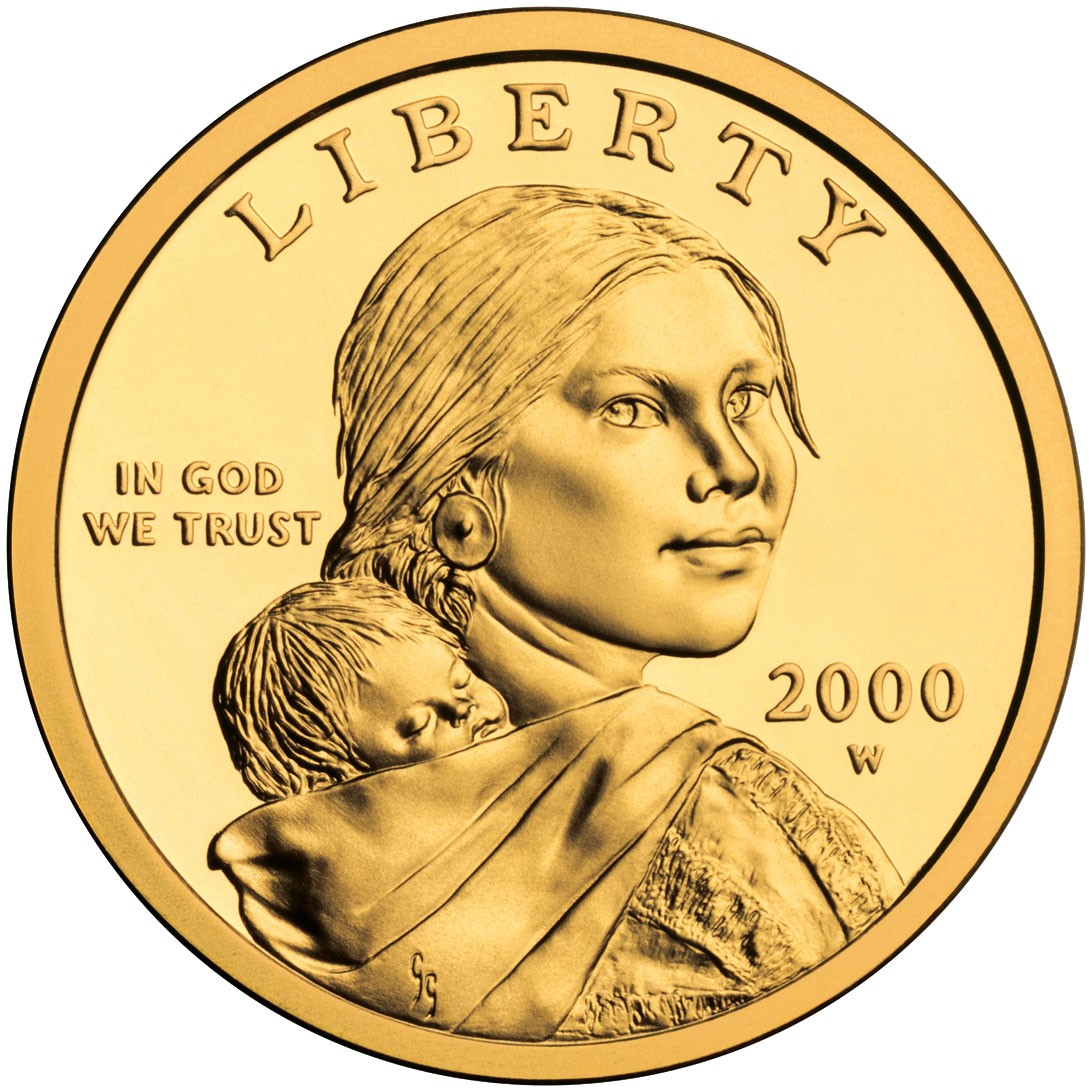 So when in early 1995 Senator Rod Grams filed legislation (S. 874) to create a new dollar coin, I greeted it with skepticism. To his credit, the bill called for the coin to be a distinctive golden color and required the dollar note to be withdrawn. But the bill was written without consulting the people who’d be tasked with minting the coin. When we considered the logistical challenges of executing the proposal as written, it was clear we would have another dollar coin fiasco on our hands.

A few examples: our single coin strip manufacturer lacked the capacity to produce the strip required to mint the six to nine billion coins we’d need under Senator Grams’ bill, and we did not yet know what alloy would meet the technical requirements of the bill. We also lacked the die making and coin production capacity to mint six to nine billion coins in the 18 months mandated by the bill.

Moreover, there was credible research indicating that if the dollar bill were withdrawn, Americans were likely to substitute the $2 note instead of the dollar coin. The Federal Reserve was required to produce as many $2 notes as the public demanded, so we’d be stuck with a lot of dollar coins.

When the SBA failed, the Mint and the Fed were left with hundreds of million of the coins in our vaults. If the new dollar coin failed, we’d have billions of them on our hands.

I persuaded Treasury to oppose the bill, and on July 13, 1995, I testified before the Senate Banking Committee–Senator Grams was a member–in opposition to the bill. As a result of opposition from Treasury and elsewhere the bill died.

It was uncommon for a Mint director to take such a high profile on the Hill and in public discussions of coinage issues. The Mint typically laid low and lived with whatever laws were enacted. Not only had this practice led to the SBA embarrassment, it also allowed Congress to run amok with the Mint’s commemorative coin program, which by 1995 had grown so large that it was an embarrassment to the nation and an abuse of coin collectors. Dateline NBC even broadcast an investigation of the program, and there was extensive negative coverage elsewhere.

The Mint was a very dysfunctional organization in 1995, and virtually everything that needed to be done to overhaul the place required an Act of Congress—literally. Addressing serious management issues stemming from political patronage, fixing the Mint’s financial management and information systems, acquiring modern coin production technology, improving customer service, increasing die-making capacity, reducing workplace injuries, transforming our security guards into a modern police force—all of it required enactment of legislation.

There was no way to do any of this while keeping a low profile. I had spent much of my career in and around politics and government, including in the U.S. Senate, and I had a pretty good understanding how to get things done. I was sworn in a director of the Mint in June 1994, and six months later Republicans took control of Congress—bad news for a Democratic administration. However, it worked out well for my agenda.

I developed strong partnerships with the Republican chairmen of two key House committees, Jim Lightfoot (Iowa) and Mike Castle (Delaware), and with Democrats Steny Hoyer (Maryand) and Senator Paul Sarbanes (Maryland). This was another time, when it was still possible for Democrats and Republicans to work together for a common goal. It wouldn’t be possible today. But the overhaul of the Mint is another story.

Of course, Senator Grams, a Republican, was not happy with me after his bill died. Nevertheless, three years later, he would be a crucial ally in winning support from Treasury secretary Robert Rubin for the Sacagawea design. Coming up, I’ll relate the story of how the Sacagawea dollar came to be and how its design was selected.