More States Standing Up for Gold & Silver! Is Yours Next?

Home » Headline Gold News » More States Standing Up for Gold & Silver! Is Yours Next? 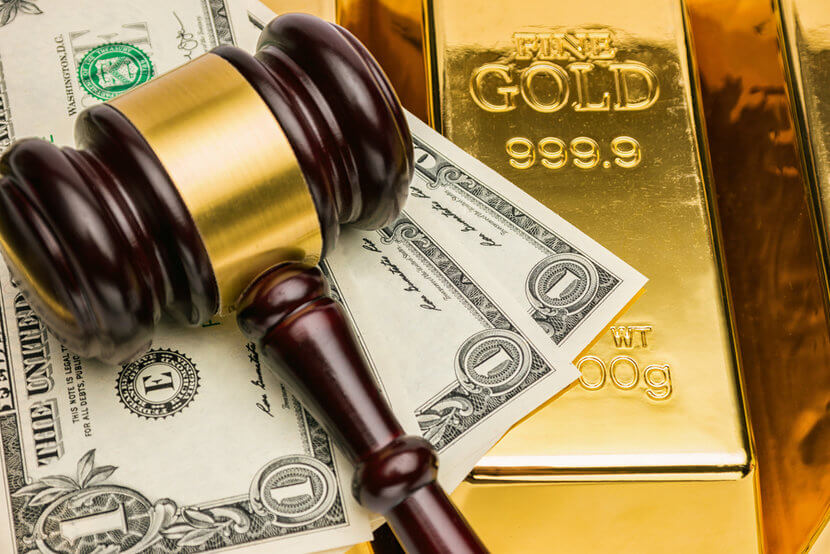 Skeptical of the staying power of paper currency? Then keep reading. You're not the only one. On May 22, Arizona Gov. Doug Ducey signed into law House Bill 2014 (HB2014), effectively eliminating state capital gains taxes on gold and silver and allowing Arizona residents to use precious metals as currency instead of Federal Reserve notes, or dollars.

Beyond Arizona, other states are addressing fiscal weakness by taking legislative steps to help residents secure their money with gold and silver. In other words, they're moving towards “sound money.” Catch up on the most recent sound money-related legislation across the country and stay tuned: Your state could be next.

Arizona's HB2014 bolsters residents’ ability to use precious metals to diversify away from paper currency, paves the way for the use of gold and silver as currency, and essentially acknowledges that precious metals can work as a hedge against inflation.

As Rep. Mark Finchem (R) points out in the Arizona Capitol Times, the bill reflects the belief that the purchase of gold and silver coins with Federal Reserve notes—those dollar bills now printed by the government—is simply an exchange of one form of currency for another. To tax this exchange would be like taxing someone for exchanging two dimes and a nickel for a quarter.

“What you’re doing here, the way I understand it, is maybe we ought not to tax money,” asserts former congressman and presidential candidate Ron Paul. “And I think that’s a good idea. I’d like to not tax a lot of things, but certainly it makes no sense to tax money.”

For example, if someone buys a 1 oz. Gold American Eagle Coin selling for $1,300 one year and sells it at a future date for a higher figure, “that person has not experienced a capital gain,” argues Finchem, since it's the government-issued dollar bills that have dropped in buying power.

Arizona’s new law will go into effect August 9, 2017 and residents holding U.S. gold and silver coins—and selling it for more than its original cost—will no longer be subject to state income taxes.

The Gold American Eagle Coin is recognized by financial markets worldwide. It's an international standard of trade and remains one of the most popular gold bullion coins ever minted. As easy as it is to buy and sell, the Gold American Eagle has been known to sell out. Call 1-844-307-1589 to secure yours today.

The Idaho House passed HB206 and now awaits Senate and Governor approval as of March 15, 2017. If passed, HB206 will pave the way for residents of Idaho to use gold and silver as an additional means of protecting their savings against the potential devaluation of America’s dollar.

Texas appears to be a champion for sound money laws, with multiple pieces of legislation already passed and others in the works. Effective October 1, 2013, HB78 eliminated the sales tax on purchases of gold, silver, and platinum bullion and numismatic coins. In 2015, Texas Governor Greg Abbott signed HB483, authorizing the establishment and administration of a state bullion depository. Two years later, he announced that Lone Star Tangible Assets would be the private vendor tasked with building and operating the Texas Bullion Depository.

But Texas isn't done yet. On March 10, 2017, Sen. Bob Hall introduced SB2097, which would establish gold and silver as legal tender in the state, prohibit the state from seizing individual holdings of precious metals, and eliminate any tax, charge, or penalty on any exchange of Federal Reserve notes (dollars) for gold and silver. Like Arizona's HB2014, the passage of SB2097 could create currency competition and reduce residents’ reliance on paper assets.

As of March 28, 2017, SB2097 was referred to the Senate Finance Committee. SB2097 could very soon be a law given Texas’s track record of support for sound money.

Utah has two pieces of legislation in support of sound money: The Legal Tender Act of 2011 and the more recent HB224. The Legal Tender Act was the first of its kind in the nation. The law eliminated state taxes on the exchange of government-issued gold and silver coins and recognized them as legal tender in the state.

On January 27, 2017, HB224 was introduced in the Utah legislature to build on the Legal Tender Act. If passed, the bill would allow the state to hold some of its funds in gold and silver instead of Federal Reserve notes, reports The Salt Lake Tribune.

Rep. Ken Ivory (R) argues that the bill would reduce dependence on federal funding and help Utah avoid relying solely on federal money during emergencies like bank failures, a currency collapse, or a currency war between countries.

Modeled after a similar Texas bill, HB124 aims to create the Wyoming Bullion Depository, which would serve as the custodian, guardian and administrator of gold, silver, and other precious metals transferred or acquired by the state. Private individuals could also store their precious metals at the depository. Most importantly, HB124 would establish a means for individuals to engage in transactions using precious metals.

HB124 was introduced on February 10, 2016 and died in chamber on February 12. Even so, the bill is proof that awareness for sound money is rising.

House Joint Resolution 516 was signed by Gov. Bill Haslam on April 27, 2017 and expresses the state's support for the storage of gold and precious metal bullion and coins in a Tennessee bullion depository. This is the first step toward establishing gold and silver as money in the state.

A bill to establish a depository must now be introduced and passed in the next legislative session. Given the unanimous support for HJR516, there’s likely to be few barriers to getting this accomplished.

Introduced on May 2, 2017, HB2421 would exempt gold and silver bullion, along with other precious metals and some coins, from state sales tax and use tax. This legislation aims to remove a major barrier for the use of gold and silver as money in Kansas. The bill was referred to the Committee on Taxation on the same day and awaits further action.

Earlier this year, Louisiana's House and Senate both passed HB396, exempting the sale and purchase of gold, silver, or numismatic coins, and platinum, gold, or silver bullion from state sales and use tax. As of June 7, 2017, HB396 awaits Governor approval.

Sound money is rising at the state level: Is your state next?

The above is only a sampling of states showing support for gold and silver and skepticism for solely relying on paper dollars. Others are quietly working to eliminate capital gains taxes on precious metals, make gold and silver legal tender for their residents, and establish a state bullion depository.

As more states reduce costs and barriers to buying gold and silver, more and more people will realize the dangers of being totally reliant on a monetary system based on debt and paper dollars. Are we witnessing a modern attempt at a return to the gold standard? Call 1-844-307-1589 for a one-on-one consultation with an experienced Account Executive who can help you explore your options and see how precious metals can work for you.