Negative Rates in US? Here’s Why It Could Happen

Home » Headline Gold News » Negative Rates in US? Here’s Why It Could Happen 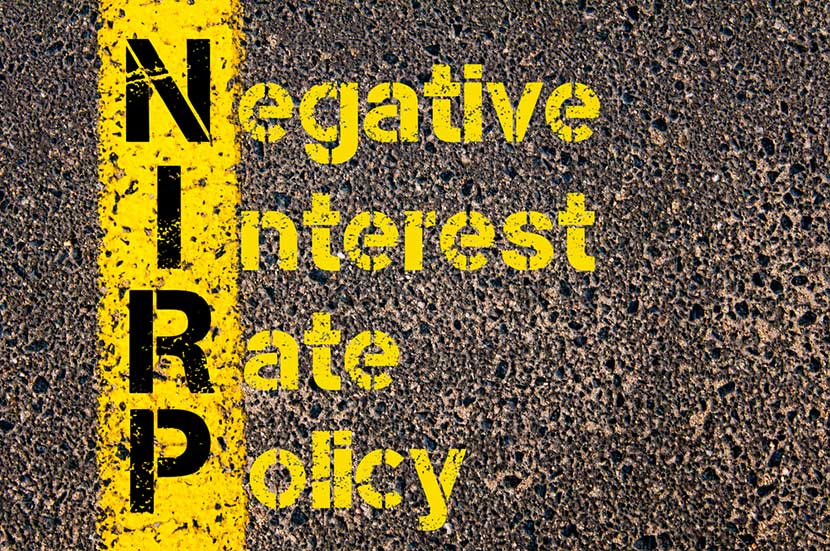 Less than two months after the Fed enacted its first rate hike in more than nine years, market talk already has turned to whether the central bank's future may not be more hikes, but rather negative rates.

Intensifying recession fears, volatile financial markets and moves toward negative rates by other central banks have triggered speculation over whether the Fed may have to reverse course on its tightening policy.

Negative rates in the U.S. would be a highly unusual move. However, several high-ranking Fed officials, including Chair Janet Yellen, Vice Chair Stanley Fischer and New York Fed President Bill Dudley all have indicated the move would be something they would have to examine should financial conditions tighten and threats to economic growth increase.

“While not our baseline scenario, if the U.S. economy were to sufficiently weaken we believe the Fed could consider negative rates as a means to ease policy,” Mark Cabana, rates strategist at Bank of America Merrill Lynch, said in a note to clients.

“As a policy maker, it's incumbent on me to look seriously at it. But I'm still a little reluctant to there,” she said during a question-and-answer session in New York Thursday evening. “I think our financial system is quite complicated. I'm not sure what the effects will. I have a feeling it wouldn't be that effective.”

Before making such a move, the Fed likely would consider a variety of alternatives: takings the funds level it uses to target interest rates back to zero, instituting “forward guidance,” or benchmarks it would need to see before hiking rates further, and again imploring Washington lawmakers to use fiscal policy to stimulate growth. The Fed also could choose to implement a fourth round of quantitative easing, the “money printing” program that has coincided with sharp gains in the stock market.

The Bank of Japan stunned markets recently with its move toward negative rates, which already were in play around Europe. The Fed's tightening while its global counterparts are easing has been a recurring worry for U.S. investors.

Instituting negative rates has a goal of shocking banks into lending and stimulating inflation, which has been in short supply both in the U.S. and much of the world's developed markets.

One of the main instruments the Fed could use is on the interest paid on excess reserves. Banks have $2.34 trillion stored at the Fed compared to $99.7 billion required. The Fed pays 0.5 percent on those reserves, so reducing that number or pushing it below zero would be one way the Fed could get money moving again into the broader economy.

The Fed also could cut the rate on its overnight reverse repo operations, a move that effectively would lower the cost of money.

“It is unclear how the Fed might consider the tradeoffs of further easing through negative rates or additional asset purchases, though we expect they would give careful consideration to both as potential tools,” BofAML's Cabana said.

As things stand, the Fed faces a communication gap between its intents and market expectations.

Following the December rate hike, Fed members' projections indicated there would be four more hikes in 2016. However, in the tumult following the increase, market expectations have differed sharply with those projections.

Even Goldman Sachs' move this week to reduce its forecast to three rate hikes this year seems ambitious, considering fed fund futures show the next hike not fully priced in until the second half of 2017. The CME's FedWatch tool indicates just a 44 percent chance of an increase all the way out to February 2017, though that is considerably higher than Wednesday.

The difference essentially is that the fixed-income market is pricing in a much higher probability of recession than Fed and consensus indicators. While the yield curve, or spread, between rates of various maturities, generally inverts before a recession, BofAML strategists in a separate note cautioned clients against reading too much into that. Factoring in the current low level of the funds rate, the yield curve already is inverted, said rates strategist Ruslan Bikbov.

Japan, which long ago went to a zero rate policy, has had four recessions since 1995 without benefit of an inverted curve.

“Even a casual look at other countries with near-zero policy rates confirms that the curve does not need to flatten significantly for a recession to occur,” Bikbov said.

Fed officials will be watching data closely between now and the March meeting, where a rate hike seems increasingly unlikely. However, it could tip its hand to a future easing course if the data indicate continued softening in the U.S.

While negative rates would deliver the sharpest blow to banks, which have been at the forefront of the recent market volatility, the move would become an increasing possibility for the Fed if officials remain dissatisfied with growth.