If China Stumbles, Will the Global Economy Fall Down?

Home » Headline Gold News » If China Stumbles, Will the Global Economy Fall Down? 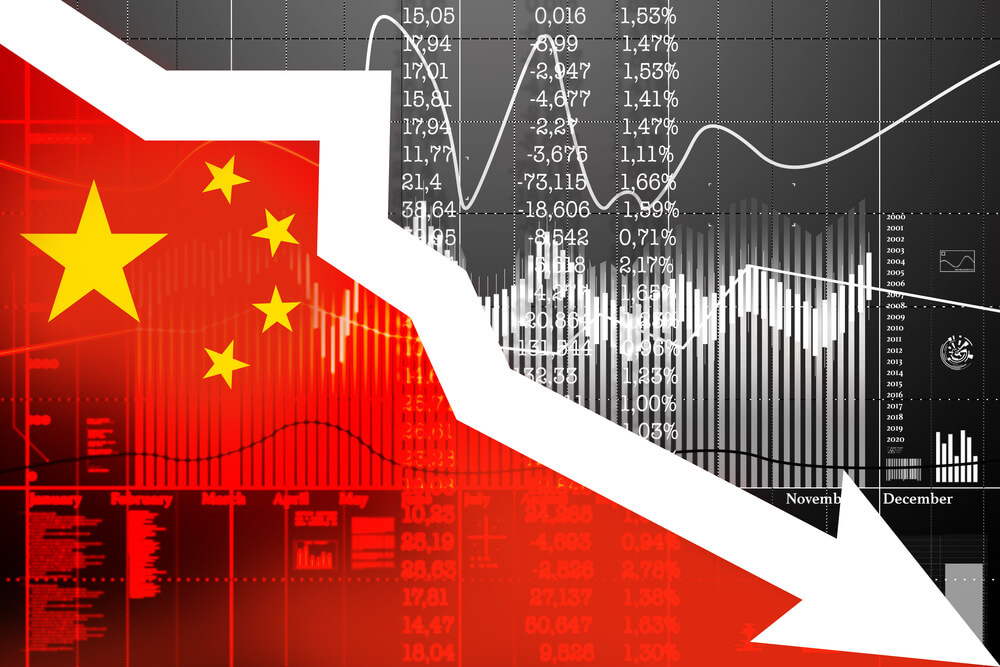 In October, the People’s Republic of China will turn 70 years old. It was established when the People’s Liberation Army (PLA) defeated the Nationalist Party during the Chinese Civil War (1945–1949). Mao Zedong, the leader of the PLA, formally declared the creation of a “democratic dictatorship” on October 1, 1949, and went on

to lead a one-party Chinese republic—tightly ruled by Communism—for the next 27 years.

Numbering some 540 million citizens, the People’s Republic started as a predominantly peasant nation with high inflation, rampant poverty, and widespread unemployment. Postwar reconstruction consisted of a strong central government that nationalized industry, took over the monetary system, commandeered the central bank, and forcefully quelled any and all political opposition.

In an effort to fight unemployment, the new Chinese state embarked on a course of rapid industrialization and tight regulation. And in an effort to diminish income disparity, it launched sweeping wealth redistribution measures.

China’s current population is now more than 1.4 billion. With the help of exploding global trade, capital investment, technological prowess, an effective copycat culture, and the ability to supply extremely cheap manufacturing, the peasant nation has grown into an economic superpower.

“At the time of Beijing’s entry into the World Trade Organization (WTO) in 2001, China (though already growing rapidly) was in global terms an economic actor of limited consequence. A decade and a half later, China’s transformation is without parallel in economic history. Over the past 15 years, China has experienced an eightfold increase in GDP, enabling it to serve as the primary engine of global economic growth in the early 21st century. It has leapfrogged from sixth to second place among the world’s economies, trailing only the United States in absolute economic size.”

Clearly, China is no longer a wilting economic flower. And despite its surging GDP, rising middle class, and soaring number of billionaires (second in the world only to the U.S.), it is still designated a “developing” country by the World Trade Organization. As a result, it is entitled to special provisions that grant it uncommonly favorable trading terms. These provisions consist of often inequitable business and commerce agreements and one-sided trade protections—of which China has taken full advantage.

The People’s Republic is now the world’s largest exporter, directly tying China’s fortunes to the global economy and vice versa.

China has now contributed more to global growth than any other country on the planet, and the outlook is for more of the same.

According to a recent Bloomberg article, “When China sneezes, to modify an old saying, the world may now catch a cold. From 2010 to 2017, China contributed 31% of global consumption growth, and some companies have staked their futures on the promise of a billion Chinese consumers buying their products.”

This makes the current trade war with China all the more perilous. Tariffs, however, are not the only challenges rattling Beijing.

China has entered a new age of social, economic, and environmental accountability wherein a global reckoning is imminent. The United States and other countries are seeking reciprocity in trade, an end to economic coercion, respect for human rights, and intellectual property protections.

In addition, China has a shrinking and rapidly aging population, which is likely to undermine its long-term economic stability. A January study by the Chinese Academy of Social Sciences cited by the BBC warns that “China’s population will peak at 1.44 billion in 2029 before entering an unstoppable decline”—which could ultimately result in negative population growth.

Like many Western countries, China is also facing a debt crisis. Just days ago, RealClearPolitics reported that “China’s total debt, which includes corporate, household, and government debt, has doubled since 2008 and is now 303% of GDP or over $40 trillion.”

These are levels reminiscent of the 1997 Asian financial crisis—in which the “tiger economies” of South Korea, Thailand, Singapore, Indonesia, Malaysia, and the Philippines binged, crashed, and burned on debt liabilities—nearly triggering a global contagion. Currently, China’s domestic credit to private sector banks is “161% of GDP. The 1997 crisis started in Thailand when its level was 166% of GDP,” states RealClearPolitics.

All of this is happening, of course, against the backdrop of a slowing Chinese economy, a tit-for-tat trade war, and unrest in the streets of Hong Kong. So if the United States is seeking to economically outflank Beijing—in many respects, we have them exactly where we want them.

But if China descends into economic chaos, it will resonate at home and around the world. Perhaps this is why the Bank of China has been stockpiling gold—piles of it. In 2019 alone, the People’s Republic has acquired more than 92 tons of the yellow metal thus far—or around $4 trillion dollars’ worth.

Beijing could be “de-dollarizing,” settling in for a long trade war, or simply preparing for the worst. Regardless, if holding gold is how the world’s most dynamic economy chooses to diversify and protect its assets—shouldn’t you do the same?