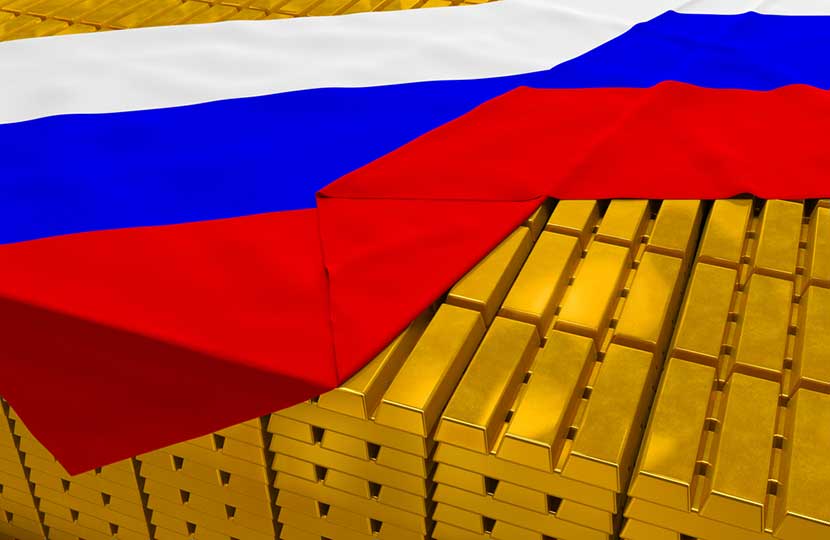 Here’s why Governor Elvira Nabiullina is in no haste to resume foreign-currency purchases after an eight-month pause: gold’s biggest quarterly surge since 1986 has all but erased losses the Bank of Russia suffered by mounting a rescue of the ruble more than a year ago.

While the ruble’s 9 percent rally this year has raised the prospectsthat the central bank will start buying currency again, policy makers have instead used 13 months of gold purchases to take reserves over $380 billion for the first time since January 2015. The central bank will wait for the ruble to gain more than 12 percent to 60 against the dollar before it steps back into the foreign-exchange market, according to a Bloomberg survey of economists.\

Central banks including Russia added to their gold reserves with “renewed vigor” in the second half of 2015, accelerating their purchases as diversification of foreign reserves remained a top priority, according to the World Gold Council. Nabiullina then piggybacked on a 16 percent jump in bullion prices in the first three months of the year to move closer to the Bank of Russia’s target of $500 billion for its stockpile. It burned through a fifth of its reserves to prop up the ruble in 2014.

The total value of holdings is up by more than 7 percent since late July, when the central bank called off its effort to replenish reserves. It’s let its gold purchases do the catching up, adding more than 12 percent to its bullion hoard over that period.

That marks a reversal of fortune for Nabiullina, whose wrong-way bets on gold and the euro netted her a loss of $200 million after about $10 billion in currency purchases between May and July. Also buoying the central bank is waning demand for foreign currency by lenders at repurchase-agreement auctions.

Gold, which entered a bull market last month, accounted for 15 percent of reserves as of March 1, gaining $10.5 billion in dollar terms from a year earlier. The Bank of Russia isn’t targeting any share in reserves for the precious metal, Nabiullina has said.

Bullion’s surge this year came as market turmoil and growth concerns delayed U.S. Federal Reserve plans for further increases in borrowing costs. Higher rates reduce the appeal of gold as an alternative investment because it doesn’t offer yields or dividends.