Did FDR confiscate Americans’ gold in 1933? 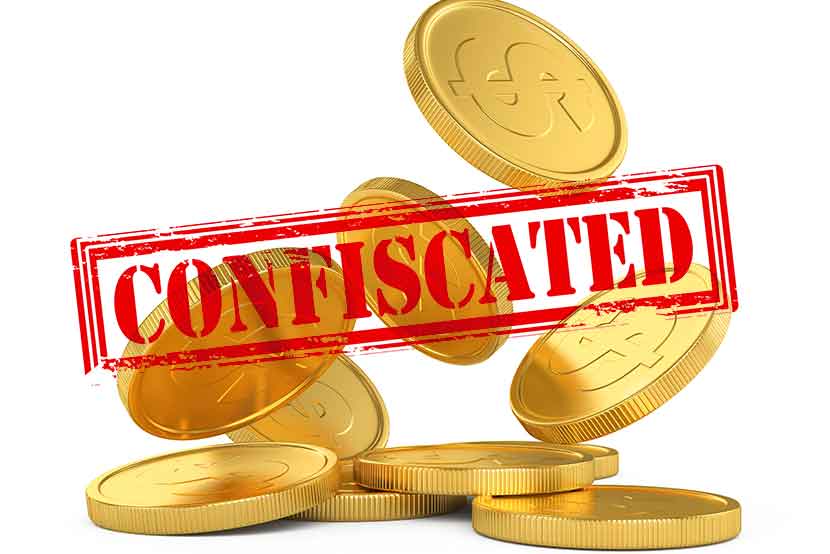 My recent post on Fort Knox and Coin Week article continue to generate quite a few questions.

Here’s one that inspired me to do a little research:

Q: Is it true that the gold that was confiscated from American citizens by FDR’s government is stored at Fort Knox? 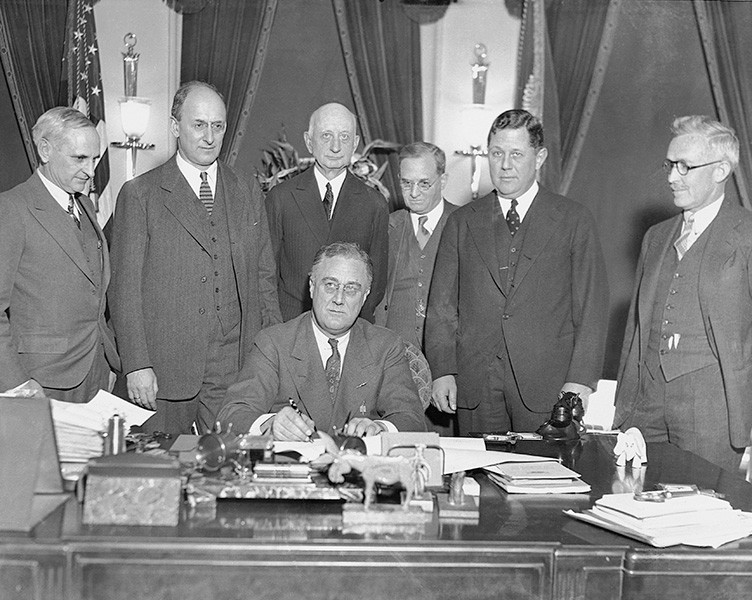 Before I answer this question, let’s first look at President Franklin D. Roosevelt's (FDR) Executive Order 6102, which, in 1933, required Americans to surrender much of their gold to the government.

E.O. 6102 was issued in extremis within a month of FDR’s inauguration, and after three years of devastating economic dislocation. There was deep concern even for the survival of our democracy. Few Americans today appreciate how desperate those days were.

But did these conditions justify the confiscation of Americans’ gold?

First, “confiscation” implies seizure without compensation. While E.O. 6102 required much of the gold held by Americans to be surrendered to the government, it also provided for owners to be compensated. One might argue the price paid by the government was too low. Owners were paid $20.67 per troy ounce. Immediately following the surrender period, the Gold Reserve Act of 1934 raised the price of gold to $35.00 per ounce effectively declaring an immediate government profit of $14.33 for each ounce of gold collected. Nevertheless, sellers were compensated at the official price under the gold standard. The vast majority of the gold obtained by the government was voluntarily surrendered by the public, not confiscated.

Search and seizure of gold

A myth has gained credence over the years that the IRS executed a nationwide search of safe deposit boxes as part of the government's “confiscation policy”. The myth is supported by reference to portions of E.O. 6102. I’ve reviewed 6102, and the language cited by the mythmakers is not in the original. Moreover, there are no contemporary accounts of such searches and seizures. It’s hard to imagine they would have escaped press attention.

However, there are a few cases in which gold was, in fact, confiscated (without compensation). As far as I've been able to determine, all of these confiscations came as a result of criminal prosecution of people who had violated federal law. There was no widespread prosecution of individuals who simply owned gold. The cases brought by the government were typically against gold traders, dealers, and companies that failed to surrender large quantities of gold.

For example, the first case I found was brought against an individual who tried to withdraw from his bank 5,000 ounces of gold, worth $6.5 million at today's price. In the depths of the Great Depression, this was an enormous sum, even at 1933 prices. Since the withdrawal request had to be processed by his bank, and the bank was required by law to report such transactions, he was greeted at the bank by federal agents. Clearly, he hadn't thought it all the way through.

Another example: The government confiscated double eagles worth $12.5 million ($812 million at today's price) that a Swiss company had placed in the hands of an American business for safekeeping. I assume they fired their attorney.

There are other examples, but the point is that individual gold owners were not subject to search nor uncompensated seizure of their gold nor the vigorous enforcement of federal law. If your gold was confiscated, your violation of federal law was probably pretty flagrant and poorly executed and you probably held a lot of it.

Two final points: Contrary to conventional wisdom, not all gold was subject to E.O. 6102. Gold coins with numismatic value were exempt, as was gold used in manufacturing, dentistry and jewelry production. Moreover, each person in a household could retain up to five troy ounces of gold bullion coins.

As far as I can determine, only one person was prosecuted under E.O. 6102, and he was acquitted. Most prosecutions were brought, not under FDR's Executive Order, but under the Act of Congress, the Gold Reserve Act of 1934. The constitutionality of 6102 and the Gold Reserve Act was ultimately upheld by the Supreme Court.

Now, to the original question. Gold that was voluntarily surrendered to the government under E.O. 6102 and the Gold Reserve Act of 1934, and gold that was confiscated as a result of criminal prosecutions under federal law, was melted into bar form. Nearly all of that gold is now held in the vaults at Fort Knox.