Cryptocurrency May Not Be a Safe Haven, But Here’s Why Gold Is

Home » Gold » Cryptocurrency May Not Be a Safe Haven, But Here’s Why Gold Is 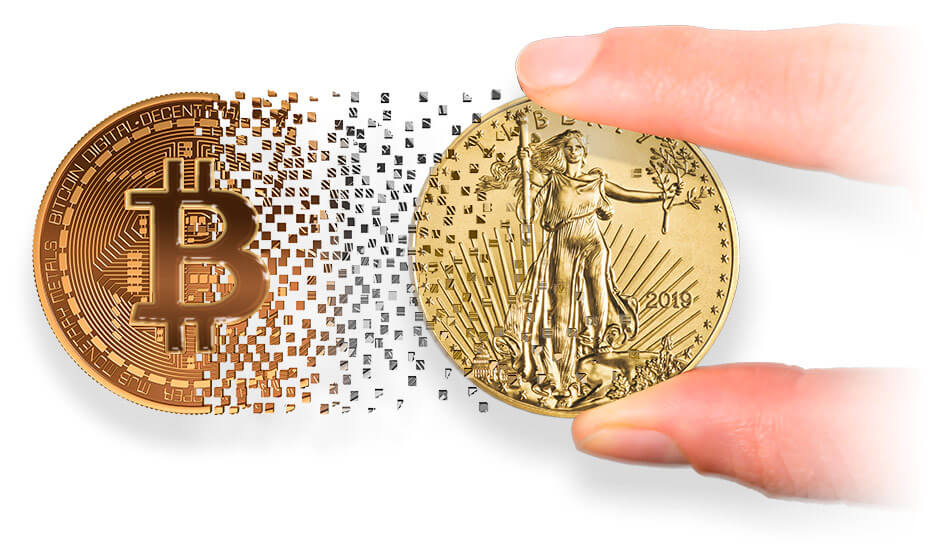 In anything but a cryptic fashion, many market observers are signaling the fall of cryptocurrency and promoting the security of precious metals like gold.

A recent CNBC.com article declared that the hot streak that had been enjoyed by bitcoin—the most prominent type of cryptocurrency—is “truly dead.” As a result, people are gravitating toward gold as a safe haven, according to CNBC.com.

The World Gold Council recently released a report that supports this strategy, making the argument that highly speculative and volatile cryptocurrency (also known as virtual currency or digital currency) is not a safe haven.

In late January 2019, Vinny Lingham, CEO of blockchain ID platform CivicKey, warned on Twitter that if the price of bitcoin falls below $3,000, “‘crypto winter’ will become ‘crypto nuclear winter.’” Forbes.com noted in January 2019 that about $400 billion in value already had been erased from the cryptocurrency market over the past 12 months.

The World Gold Council points out that in the fourth quarter of 2018, as global stock markets were reeling, cryptocurrency had a “prime opportunity” to exhibit qualities associated with safe havens like gold. However, the World Gold council adds, cryptocurrency behaved like a risky asset and its price plummeted, whereas gold rallied.

“As events of late 2018 indicated, the perceived ability of [cryptocurrency] to serve as a liquid, safe-haven hedge and store of value in times of market stress, did not hold,” according to the World Gold Council.

While cryptocurrency “may have a role to play in the financial markets,” the World Gold Council concludes, “their [behavior] in an environment of market uncertainty underscored that they are not a viable substitute for gold as a safe haven.”

Indeed, a recent poll of 4,000 bitcoin holders by asset manager Van Eck Associates Corp. found that their No. 1 asset target in 2019 is gold, not bitcoin. “So, gold lost to bitcoin and now it’s going the other way,” Jan Van Eck, CEO of Van Eck Associates, told CNBC.

Reason #2: Cryptocurrency is no “store of value.”

Underscoring this bitcoin-to-gold shift is Tim Seymour, founder of Seymour Asset Management. He maintained in an interview with CNBC that it’s “been very difficult” to argue bitcoin is a “store of value,” whereas “there’s no disputing” that gold can serve as a store of wealth.

Asset holders appear to be getting that message: Gold was trading at an eight-month high in late January 2019.

That movement is in step with forecasts from heavyweights like Goldman Sachs, whose favorite commodity play this year is “long gold.” As a matter of fact, the price of gold has the potential to hit $1,450 per ounce this year, according to Jeffrey Currie, global head of commodities research at Goldman Sachs. In late January 2019, the price of gold broke the $1,300-per-ounce barrier, up from a six-month low of $1,176.

“Going forward,” according to Currie, “gold will be supported primarily by growing demand for defensive assets.”

Suki Cooper, executive director of precious metals research at Standard Chartered Bank, is equally bullish on gold in 2019. “This could be gold’s year,” Cooper told CNBC.com.

Analysts are foretelling it’s not the year for cryptocurrency, particularly bitcoin. A November 2018 survey by Credit Karma found that U.S. holders who’d sold their bitcoin had incurred realized losses of about $1.7 billion in 2018. For those U.S. holders still hanging onto bitcoin, their unrealized losses added up to about $5.7 billion.

In light of the poor performance of bitcoin and other cryptocurrency, Goldman Sach's observation in 2017 that, despite the hype, cryptocurrency is not the “new gold” still holds very true today.

“The use of precious metals is not a historical accident—they are still the best long-term store of value out of the known elements,” Goldman Sachs said.

As emphasized by Forbes.com, asset holders shouldn’t rush to substitute the yellow metal for the digital currency—particularly if they’re confused by cryptocurrency, compared with the easy-to-grasp nature of physical gold.