Can You Transfer a 401(k) to an IRA While You’re Still Employed? 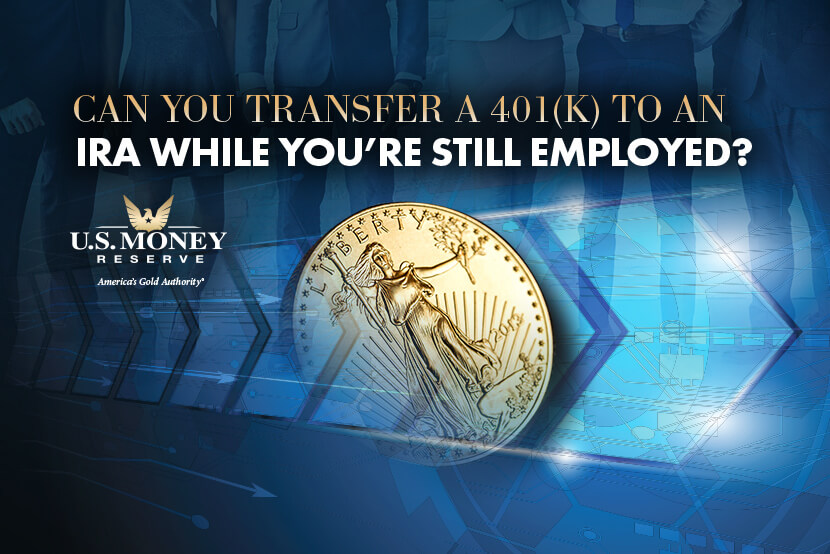 Thousands of Americans wonder the same thing: “Can I transfer my 401(k) to an IRA if I’m still with my current employer?” Yes, there’s a good chance you can.

While most people think about transferring their 401(k) after they leave a job, it’s actually something you might be able to do while you’re still in that job—and doing so could offer some attractive asset options. Learn when it makes sense to roll some of your 401(k) into an IRA while still employed, along with the advantages.

It may not have dawned on you that you can roll over some of your 401(k) to an IRA while you’re still working for the employer that sponsors the 401(k). But it is possible to do! It’s also possible to own several retirement accounts at the same time.

Not all employers allow in-service rollovers, but many do. According to the Profit Sharing/401(k) Council of America (PSCA), up to 77% of 401(k) plans include a provision for in-service 401(k) rollovers. Typically, employees move money out of a 401(k) and into other retirement accounts (like IRAs) after quitting a job, losing a job, or retiring.

“We’ve seen some employer plans allow a certain percentage of the plan balance to be rolled out of the plan, and some have a minimum length-of-service or age requirement before you can initiate a rollover. But many 401(k) plans do not allow it at all, and there are no rules to prevent them from doing so,” notes investment platform Yieldstreet of in-service rollovers.

When you have a 401(k), you don’t have maximum control over the types of assets you can hold, such as mutual funds, stocks, and bonds. You typically have a limited menu of options.

Through an in-service rollover, transferring some or all of your 401(k) funds to a personal IRA can open up more options for your assets. For instance, you might be able to put money into alternative assets like precious metals (often known as a gold IRA rollover). A bonus is that you usually can keep contributing to your employer’s 401(k) after you’ve moved funds to an IRA.

Furthermore, an in-service rollover enables your personal financial advisor to provide more hands-on help since at least some of your assets are in an IRA that you control and not in an employer-sponsored 401(k) that could come with strings attached.

Plus, some 401(k) “plans have annual fees with their [asset] options that are way above average. If you’re stuck in one of those, you can minimize your costs by rolling your 401(k) money into an IRA with a lower-cost fund company,” explains Rick Salmeron, a certified financial planner.

On top of that, you might be permitted to make tax-free withdrawals from an IRA that you wouldn’t be able to make from a 401(k).

“With your funds in an IRA, you are the account owner and have more control over your assets, free from the restrictions your employer-sponsored plan can impose,” Salmeron adds.

Talk to your family and financial planner to see if an in-service rollover makes sense for you. If it does, reach out to U.S. Money Reserve. We can share more about the next steps and your precious metals IRA options!

What Is Generational Wealth, and How Do You Preserve Wealth Through Generations?
2021-06-02